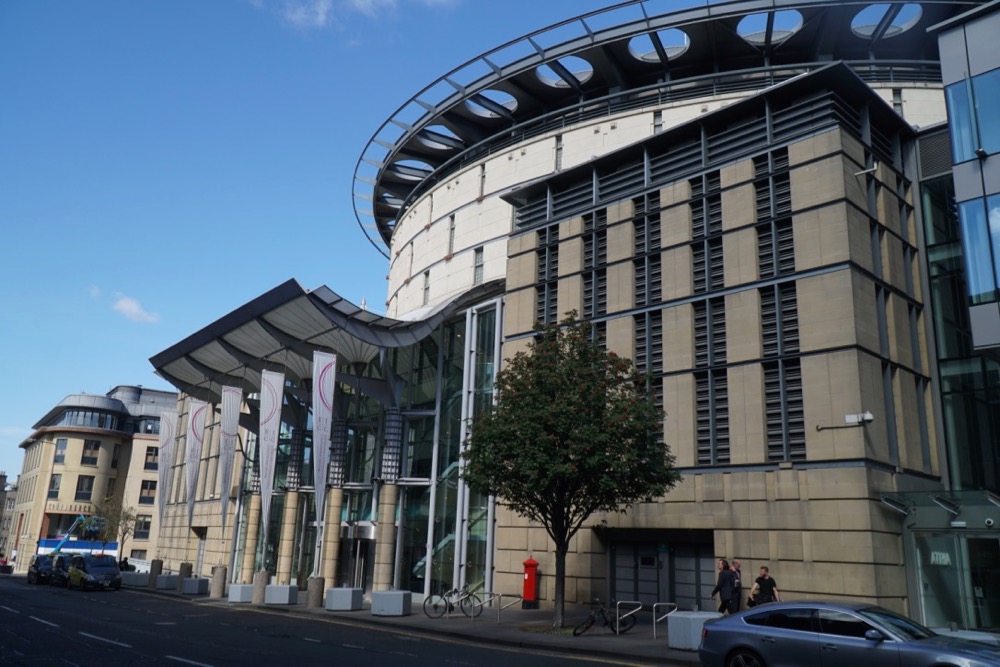 The first venues for the mass COVID-19 vaccination programme in Lothian have been selected, it was announced on Wednesday.

NHS Lothian said it has identified and agreed three large-scale venues capable of providing thousands of vaccinations at a time.

The next phase, known as Wave 2, of the vaccination programme is shortly expected to begin across Scotland to vaccinate people aged 75 to 79 years of age, followed by those aged 70-74 and 65-69, followed by adults with risk factors over the age of 60.

NHS Lothian has been working with councils, health and social care partnerships and other partners to ensure the sites are ready when the roll-out begins, which is expected in February.

Terms for using The Edinburgh International Conference Centre (EICC), The Pyramids Business Park (PBP) in West Lothian have been agreed and details are being finalised for Queen Margaret University (QMU) in East Lothian.

A number of local supplementary centres are also being set up by the four Health and Social Care Partnerships – East Lothian, Edinburgh, Midlothian and West Lothian – to supplement the bigger venues.

David Small, Director of Primary Care Transformation, NHS Lothian, who is leading the programme, said he was delighted that three large-scale venues had been agreed.

He added: “This is the biggest mass vaccination programme undertaken. It is a massive task and even though all of the teams are working at speed, we know we need to make sure we get the delivery right, first time.

“There are a lot of challenges involved across the project, but we are meeting each one and we are delighted that these three venues are finalised. We still have a number of other options to consider and explore, but this is a milestone.

“It means we can begin work in the new year while we continue planning the smaller centres which will supplement the bigger venues.”

Plans are being developed to create a walk-through centre at the EICC which would be capable of vaccinating 26,000 people in a week at a total of around 50 stations.

A similar walk-through centre is expected to be set up in PBP, which could provide 12,000 vaccinations every week using around 25 stations.

A drive-through vaccination centre is then being planned for Queen Margaret University in East Lothian that would have around 16 stations and be able to vaccinate 8,000 people a week.

People will be contacted by the NHS when they are eligible for a vaccination appointment. They should not contact the venues directly because they would not hold any of the relevant information.

This new phase will be followed in the Spring by the roll-out of Wave 3, which will again target individual age groups, staring with those aged 60-64, 55- 59, 50-54, followed by the rest of the population.