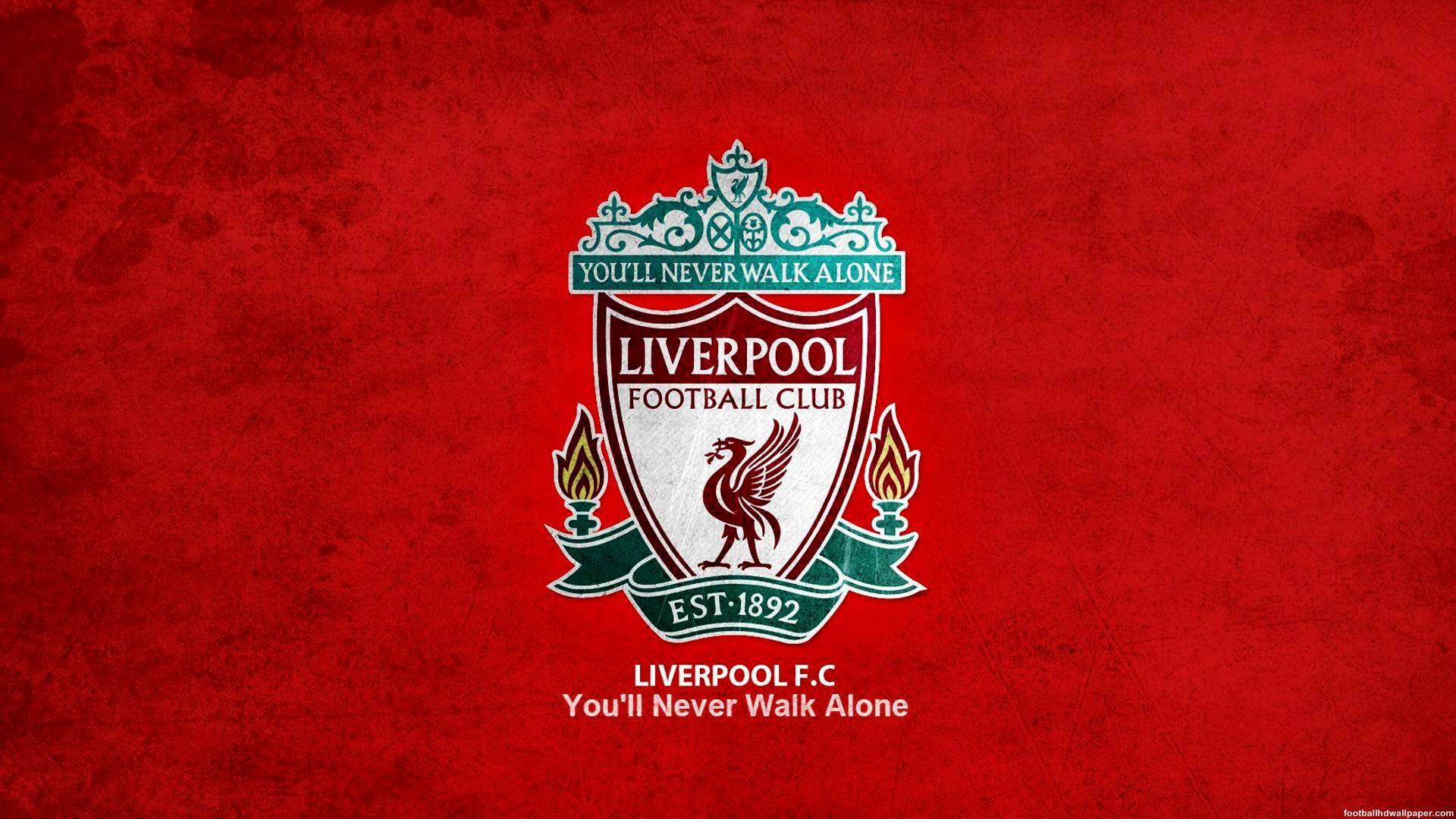 ‘Shanks’  took charge of Liverpool who were a Second Division outfit that had been starved of success in 1959 and set about laying the foundations that would see three First Division titles, one Division Two title, two FA Cups and one UEFA Cup claimed during his time in charge.

In Scotland his brother Bob led Dundee to a league success and the semi-final of the European Cup before replacing Jock Stein at Easter Road.

Ahead of the tie, Bill took the opportunity to watch Hibs in a rearranged home game against Rangers and found the match to be very ‘brutal but interesting.’ He was impressed however by the Hibs tenacity after twice coming from behind to win the match.

Jim Blair twice equalised then was involved in an altercation with Willie Johnstone as Rangers were preparing to take a free-kick. Blair was booked whilst Johnstone was sent off. Six minutes from time Johnny Graham scored a well-deserved winner.

The fixture attracted great interest amongst the public and tickets for the three stands sold out quickly.

A printing error on the tickets advertised the game as a first-round tie rather than a third-round tie but there was no time to reprint them.

Less than 24-hours before kick-off, the Hibs fans were stunned to learn that manager Willie McFarlane had been sacked. It subsequently transpired that McFarlane had refused to Chairman Tom Hart’s demand that Joe McBride and Johnny Graham should be dropped from the starting XI.

When both players were included in the party which travelled to Hibs’ pre-match retreat at Gullane, McFarlane was asked to resign but refused and was dismissed with Dave Ewing appointed temporary manager.

Former Manchester City player Ewing had recently been appointed as first team coach ahead of the rumoured candidate Tommy Docherty and was a friend of Tommy Younger and a teammate of Bobby Johnstone in City’s 1955 and 1956 FA Cup finals.

After hanging up his boots, Ewing became a coach under Malcolm Allison and had been an integral part of the background staff during the highly successful period that had seen City win the FA Cup and European Cup Winners Cup in successive years before seeking a new challenge at Sheffield Wednesday.

While the news came as a shock, insiders were aware of a personality clash between the manager and the chairman which had been going on for some time.

Rumours that Hart wanted the players to stay in Edinburgh spread but McFarlane believed that the interference in the team selection was merely an attempt to force his resignation.

Hart declined to face the media whilst Younger insisted that the club had no comment to make.

McFarland said: “A board of directors have the prerogative of choosing the manager and of sacking him if he is a failure, but while he is still in charge he must be allowed to exercise his judgement.”

The Scotsman reported: “The club has become so much smaller because of this decision. McFarlane has been sacked as a result of a judgement that was mishandled monumentally.” The Daily Mail said: “On the eve of one of the most important matches in the history of the club, Hibs have managed to behave as thought they were intent on some form of football suicide.”

The Daily record added: “Scottish soccer has seldom witnessed a sadder or more sickening scene than the self-humiliation of the once proud Hibs.”

On the morning of the match Ewing was appointed as manager on a full-time basis and he insisted that he was his own man regarding team selection, but there was no place in the squad for Graham while McBride had to settle for a place on the bench.

Bill Shankly had produced a superb side which had qualified for European football for the past seven years. During that time he had led the club to two league titles and a first even FA Cup.

Coupled with the emergence of top groups such as the Beatles, the swinging sixties were a wonderful time to live in the city and Liverpool requested as many tickets as Hibs could provide such was the demand on Merseyside.

Six planes were booked to bring the fans along with football special trains and numerous coaches.

A dispute by the Electricity Board workers paralysed the country and although the game started there was no guarantee that it would finish.

The Hibs’ fans in the 30,296 crowd quickly showed their support for McFarlane and McBride by chanting their name continually but despite the white-hot atmosphere, neither side created any chances of note in the opening 45-minutes.

The second half continued in the same vein then on the hour mark McBride replaced Kenny Davidson and entered the field to a tremendous reception and almost made an immediate impression.

McBride’s pass found Eric Stevenson on the left wing and his superb cross was met by Arthur Duncan who headed the ball past Ray Clemence, sparking wild celebrations until the East German referee disallowed the ‘goal’ for a foul on the goalkeeper.

The decision was hotly disputed by the players but the referee refused to change his mind.

McBride’s presence inspired his team-mates and Hibs went close on several occasions but it was the visitors who scored against the run of play in the 74th minute following an uncharacteristic mistake by Jim Black.

The centre half’ clearance fell to Steve Heighway and his cross was headed home by John Toshack, the first of 96 he would score for the club.

John Hazel and Johnny Graham were added to the squad that travelled to Liverpool and Hibs were encouraged by the news that Toshack, World Cup winger Peter Thomson and full-back Alec Lindsay were doubtful.

Bill Shankly however wasn’t worried about the loss of three influential players and told reporters: “Celtic came here five years ago a goal in front and still lost and teams of the calibre of Juventus and Honved have also failed here. Hibs are one down and playing in front of the Kop. Need I say more?”

Liverpool took the lead in the 24th minute against the run of play after the famous Kop had been silenced by the Hibs’ exciting brand of attacking football.

Emlyn Hughes dispossessed Blair deep in Liverpool’s half and sent a superb through ball to Heighway on the half-way line. The ball struck the winger’s back which wrong footed Black and he drove forward before mishitting a shot which Roy Baines managed to block but the ball trundled over the line.

Backed by a large travelling support, Hibs refused to bow down and almost equalised when Arthur Duncan latched onto McBride’s overhead kick but Clemence produced an other world class save to deny the winger.

Four minutes into the second-half the hosts rapped things up when Phil Boersma’s speculative cross ended up in the net. Liverpool continued to dominate possession but Hibs continued to attack and Duncan had two great efforts scrambled clear before Graham struck the post in the last minute.

Both sides were applauded off the field by the 37,815 spectators after a splendid match which was played in a sporting fashion.

After the game Hibs’ manager Dave Ewing said: “We gave them two goals tonight and you just can’t afford to do that at Anfield. Over the tie we gifted three silly goals and it cost us everything, nut the boys fought with fire and they had Liverpool worried in the first half. That is one consolation in defeat.”

Roy Baines recalled: “I remember getting a great ovation from the Kop when I ran onto the field. That’s something I’ll never forget and afterwards Bill Shankly gave us each a tankard which I still have.”

The Daily Record reported that Hibs courageously lived up to their pre-match promise to have a go and fought with all the fire, skill and energy that has hallmarked great Scottish performances in the past.”

That was McBride’s last game for Hibs and he was allowed to join Dunfermline for a ridiculous fee of only £4,000.

Liverpool then beat German giants Bayern Munich in the quarter final 4-1 on aggregate before losing to eventual winners Leeds United in the semi-final.