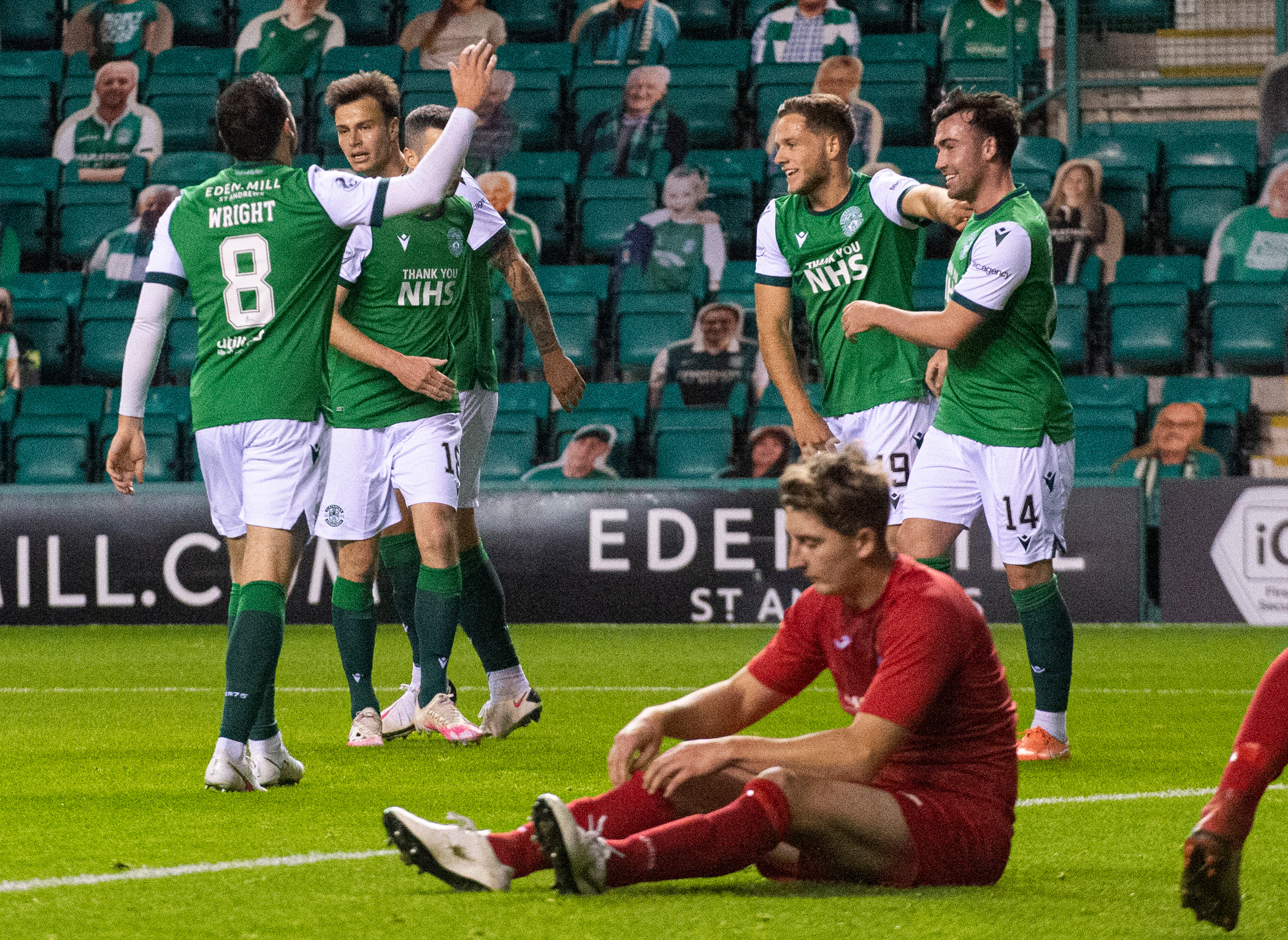 Hibs’ Head Coach Jack is resigned to the fact that on-loan midfielder Jamie Murphy is likely to miss at least the next two matches against Cove Rangers and Forfar Athletic after he was forced to leave the field with an injury shortly after the restart in last night’s victory over Brora Rangers at Easter Road.

Murphy has been in excellent form since his summer loan deal from Rangers and has helped the team to third place in the table.

Hibs travel to the Highlands on Saturday to take on Cove Rangers then meet Forfar Athletic on Tuesday night before returning north to meet Ross County.

Hibs currently sit second in their group behind leaders Dundee on goal difference.

After the final whistle Ross told Hibernian TV: “He (Murphy) felt his hamstring so I don’t think it’s too serious but I imagine that he will be highly doubtful  for Saturday and possibly Tuesday.

“The Ross County league game is an important one for us so if anything we would protect him for that.

“We will see how he is tomorrow morning and take it from there.”