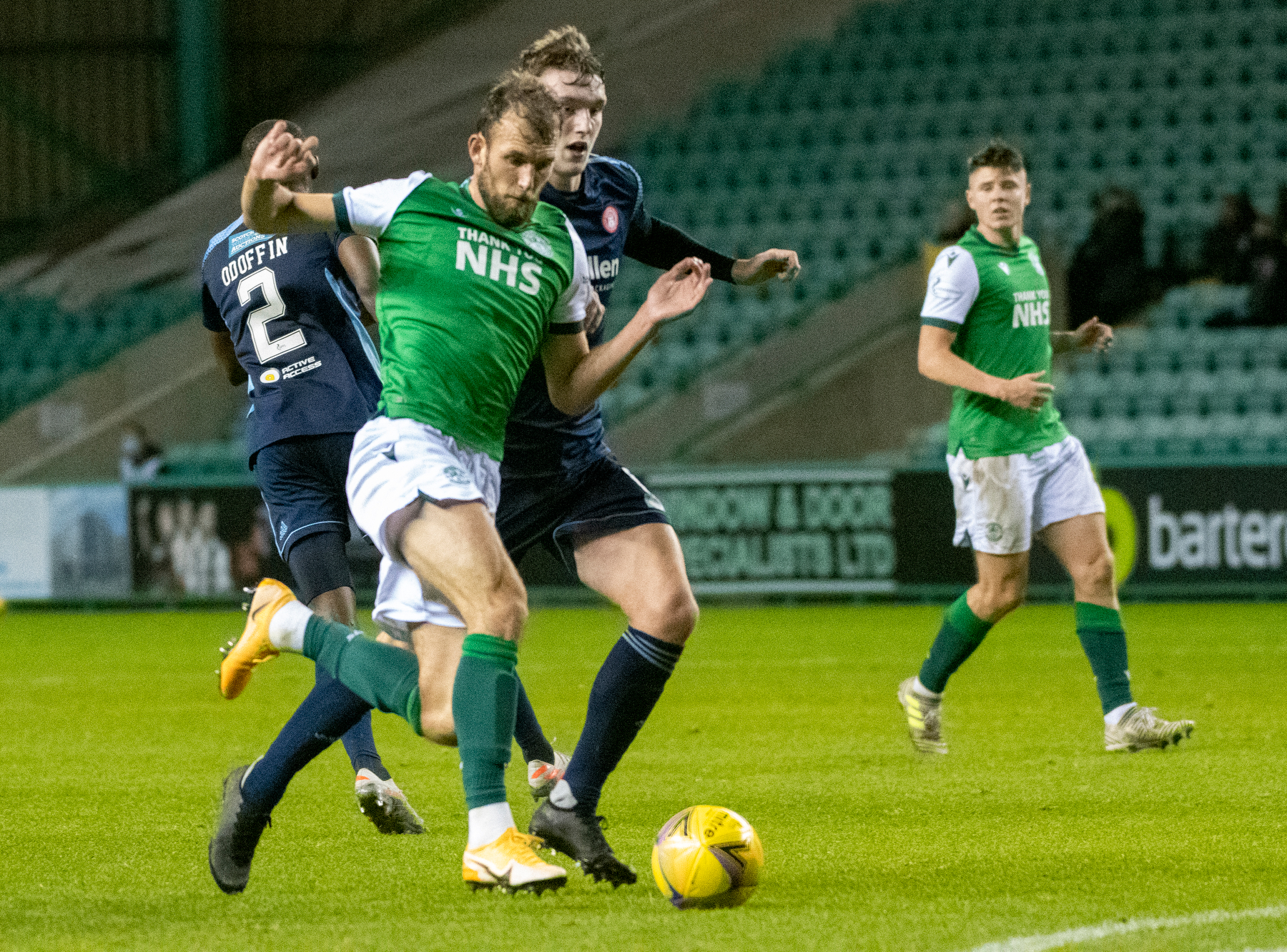 Hibs’ Head Coach Jack Ross has expressed his delight at the striking partnership of Kevin Nisbet and Christian Doidge who have already formed a formidable partnership which has seen the team climb to third in the table.

On Friday night Nisbet scored a double although but for the brilliance of Hamilton Academical keeper Kyle Gourlay he could have had four and Doidge two.

Speaking to Hibernian TV after the final whistle on Friday night Ross said: “I’m really pleased with how Kevin (Nisbet) has adjusted. Coming to Hibs and the challenge and expectation in on him because he was a high profile signing for us.

“I worked with him pre-season and had every faith he would produce what he has done since the start of the season. He is a very very good player. He is a finisher but has very good all round qualities as well. I see already improvement and growth in his game and I think there is more to come as well.

“If you look at his goal ratio already if he can continue with that over the course of a whole season he is going to have a very successful time here.

“I’ve spoken often enough about how important Christian (Doidge) is for me. He is a bit frustrated tonight that he didn’t score. The keeper has had good saves from the opportunities that he has had but his overall play was excellent.