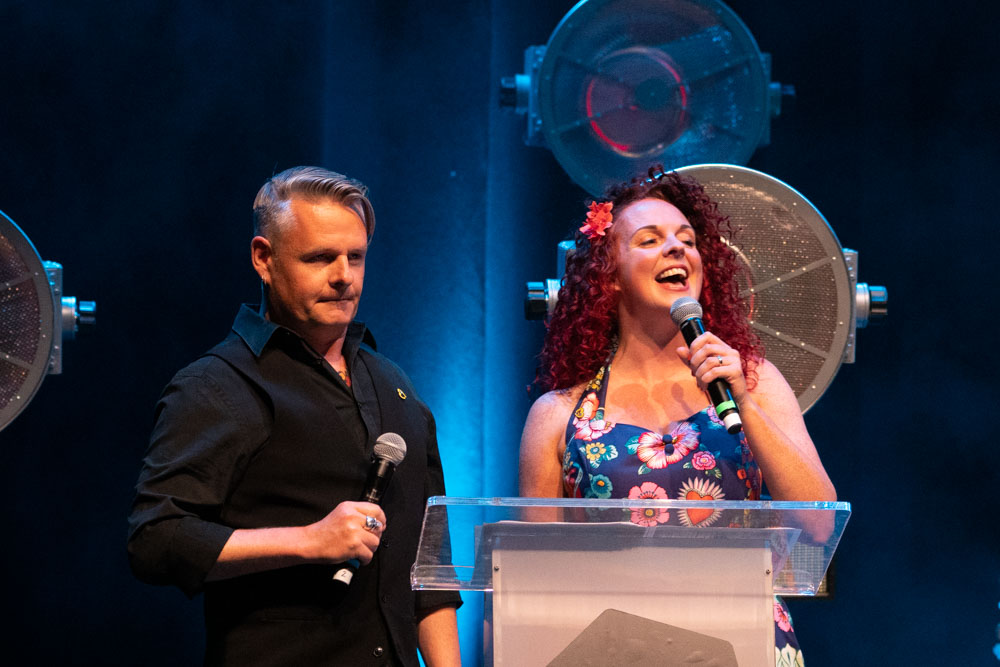 The Scottish Album of the Year Award will be Live At the Longlist on 17 September 2020. Today they announce the musicians who will appear, including Kinnaris Quintet, Sacred Paws and Free Love.

There will be 20 Scottish albums on the longest and you can have a front row seat on YouTube.

Transformed into a virtual event for the first time ever, this year’s Live at the Longlist will be broadcast as a YouTube Premiere from 19:00 BST on Thursday 17th September 2020 with fans from around the world able to watch and discover 2020’s Longlist first, as well as witnessing some extremely special, socially distanced performances from former SAY Award nominees.

The event will be shot at Summerhall and the new events space 54EP.

Hosted by Vic Galloway and Nicola Meighan who also hosted last year, the twenty albums revealed will make up a night of Scottish music celebration.

This year’s Longlist will be decided by 100 impartial nominators, asked to vote for their favourite albums from this year’s Eligible Albums list. With the 2020 campaign seeing a record-breaking 362 Scottish albums submitted, this year’s nominators include a range of journalists, promoters, music retail and live venue staff, festival directors spanning all music genres and styles. This year’s Nominators list will be published on sayaward.com following the announcement of this year’s Longlist.

The 11 judges, chaired by John Williamson, are tasked with listening to the twenty outstanding albums which make up this year’s Longlist to narrow down to a Shortlist of ten. Nine titles will be decided by the esteemed judging panel while the final album will be chosen by music fans in a 72-hour online public vote. At a time of crisis when much of our culture is confined to our borders, for the first time in the award’s history, The SAY Award will feature judges from four selected international territories; building upon and maintaining vital and valued international links for Scottish music.

SAY Award alumni and Glaswegian duo Free Love return to the virtual Live at the Longlist in 2020, after being Shortlisted in 2019 for their album ‘Luxury Hits’. Known for their exhilarating live shows, Free Love will give fans a taste of their latest mini-album ‘Extreme Dance Anthems’ which sees the band excel in a completely different musical direction than previous records and garnered high praise from the likes of Clash and The List.

Returning for its ninth year in 2020, The SAY Award is widely recognised as one of the country’s most reputable and prestigious music initiatives. Coming together to celebrate the passion, value and diversity of Scottish music in 2020, The SAY Award strives to be egalitarian throughout all stages of the campaign, reflected in the fact there is no fee to submit an eligible album for consideration, and digital releases that fulfil the criteria are also deemed eligible. To view the 362 Eligible Albums submitted for consideration this year visit www.sayaward.com.

Live at the Longlist will announce which twenty albums make up this year’s Longlist, before being reduced to the Shortlisted ten, with the final winning artist collecting one of the most lucrative prize funds in the UK; a £20,000 cash prize and nine runners up each awarded £1,000. The final award ceremony will take place on Thursday 29th October 2020.