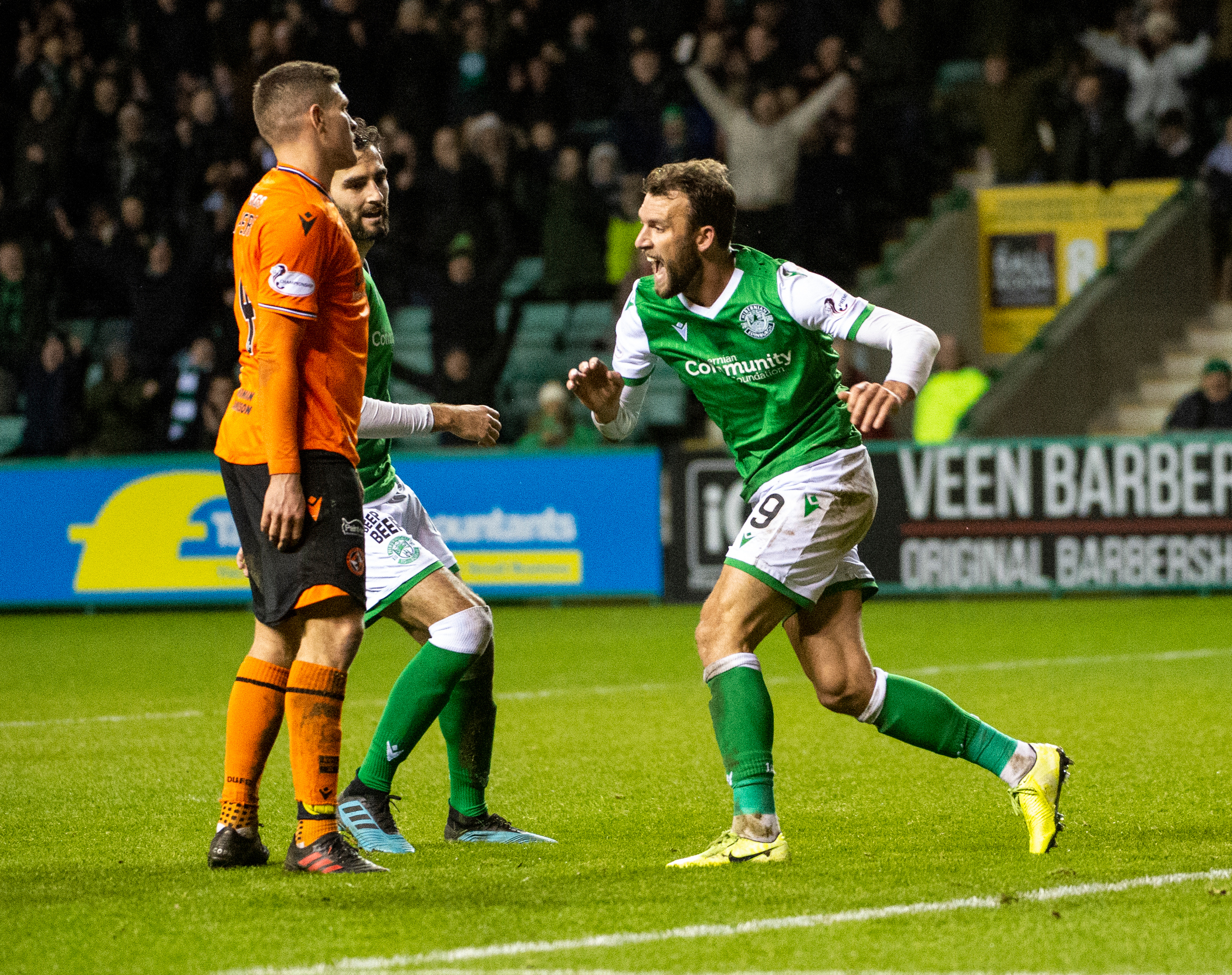 Hibs’ striker Christian Doidge admitted that he hardly touched the ball in Sunday’s 2-2 draw with Rangers but he was there at the vital moment to head in the equaliser that secured a share of the points.

The Welshman has been in fine form since the start of the season and has developed a lethal partnership with Kevin Nisbet which has helped the team into third place in the table.

Hibs went into the game knowing that Rangers had yet to concede a goal since the start of the campaign which was a 114-year record but that ended in Leith and he revealed that both of Hibs’ goals had been a result of hard-work on the training pitch in the week leading up to the top of the table clash.

After the final whistle he told Hibernian TV: “I thought we were really good. We have been good all year. We defended really well and obviously scoring two goals against a side that hasn’t conceded all year is great for the attacking players too.

“Drey’s (Wright) goal, we’ve been working on that all week with the cut-back and it’s paid off.

“We’ve been getting a lot of crosses in during training and I managed to get on the end of one.

“I’m not sure I touched the ball many times today but it was just one of those games that you had to put a shift in and hopefully one drops for you.

“I was obviously going to be a physical game. They press quite high up the pitch so the centre-half is going to be quite demanding so it’s just one of those games where you have got to put yourself about and hopefully help the team going forward.”

Doidge was also quick to praise the contribution of highly-rated 21-year-old centre-half Ryan Porteous who has been a rock at the heart of the defence.

He added: “Ryan’s been outstanding this year. He had a couple of setbacks last year with injuries but for his age and the number of clean sheets we’ve had and the way he drives the team forward, he’s a credit to Hibs. Obviously he’s a home grown players and I’m sure that everyone really respects what he is doing.

“As a squad we had that belief that we could get something out of the game. We’ve been playing really well and keeping thigs tight at the back and we have attackers who can score goals so we have always got a chance to win games regardless of who we are playing against. It might be the Old Firm or not but especially at home we are going to try and win the game.

“Obviously we fell a little bit short today but it was a difficult game and we managed to get the draw.”