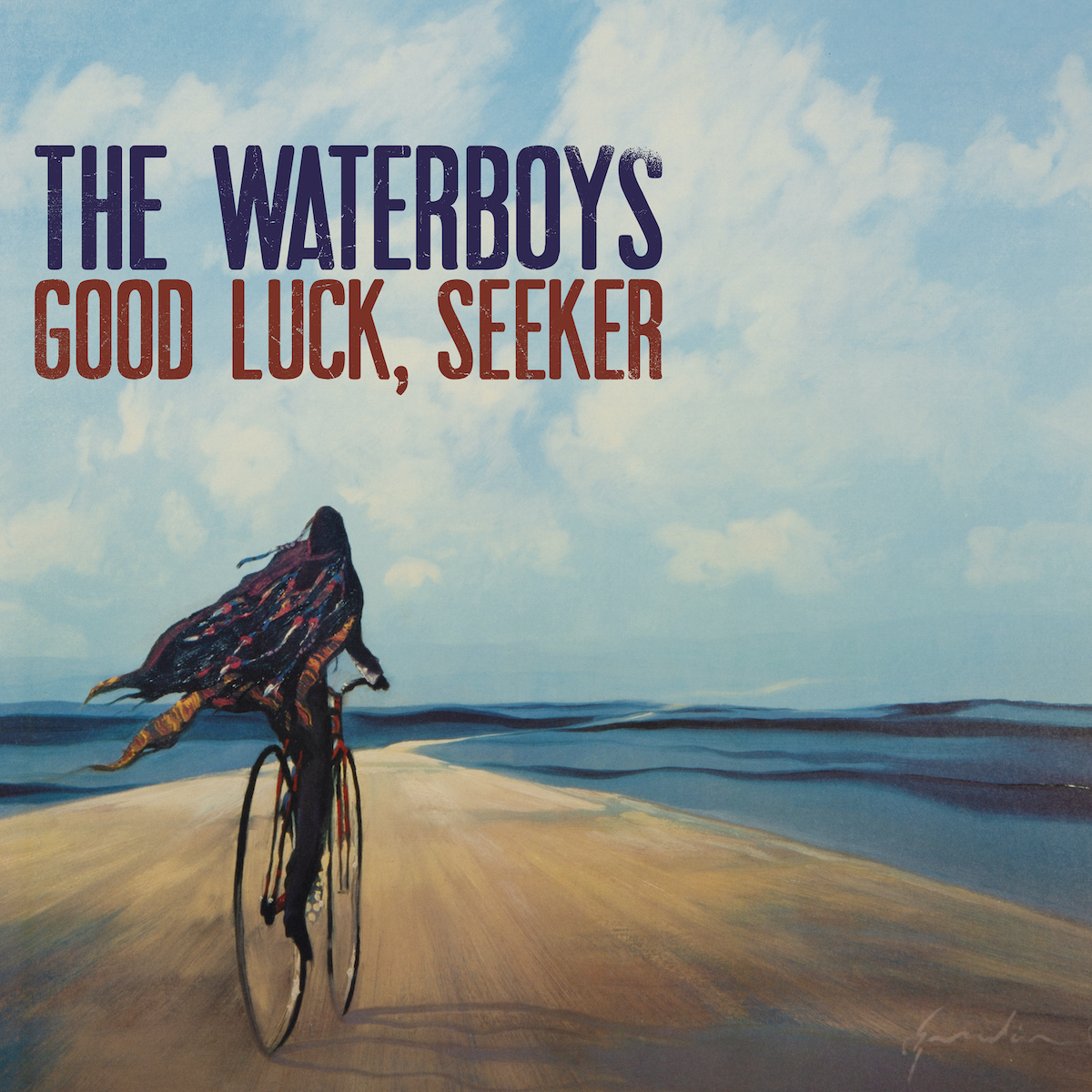 Hot on the heels of last year’s excellent long-player Where The Action Is, Mike Scott is undoubtedly enjoying himself on the opening cut of The Waterboys new album Good Luck, Seeker.

The Soul Singer is a playful portrait of Van Morrison that tenderly wanders into blue-eyed soul territory. Low Down In The Broom dispenses a fully immersive, dark rendition of an ancient folk song. The listener is soon swept away by Scott’s sense of urgency as the track gallops along fervently. Kate Bush’s Why Should I Love You? from her 1993 album The Red Shoes is another good fit abetted by Steve Wickham’s bright flourishes on fiddle.

Side two is a treat for long-term fans of the Edinburgh born singer/songwriter’s more esoteric adventures.

My Wanderings In The Weary Land is a distant cousin of Whole of the Moon with its lists of events and experiences combined with a strident ‘big music’ soundtrack. After whipping up a sonic frenzy, Scott knows where to take us next, Postcards From The Celtic Dreamtime is a calming spoken word (like much of side two) return to the strange Atlantic Ocean and Clare coast of Ireland’s magical Arran Islands.

The reference is an important one and as Scott suggests it remains part of an “ever-present past” dating back to 1988’s Fisherman’s Blues. For the title track, there is an eccentric recital of words written by Dion Fortune a Christian esoteric, writer and mystic that eminently formed a psychic defence against the Nazis during bombing raids on Britain. Her work has inspired the likes of Bowie, Van Morrison and of course Scott who is joined on the track by The Unthanks courtesy of a backwards live sample.

Good Luck, Seeker is a cornucopia of Scott’s past as much as those who inspire him. There is an abundance for the seeker to absorb that will see this record spinning and spiriting us away from this present darkness.