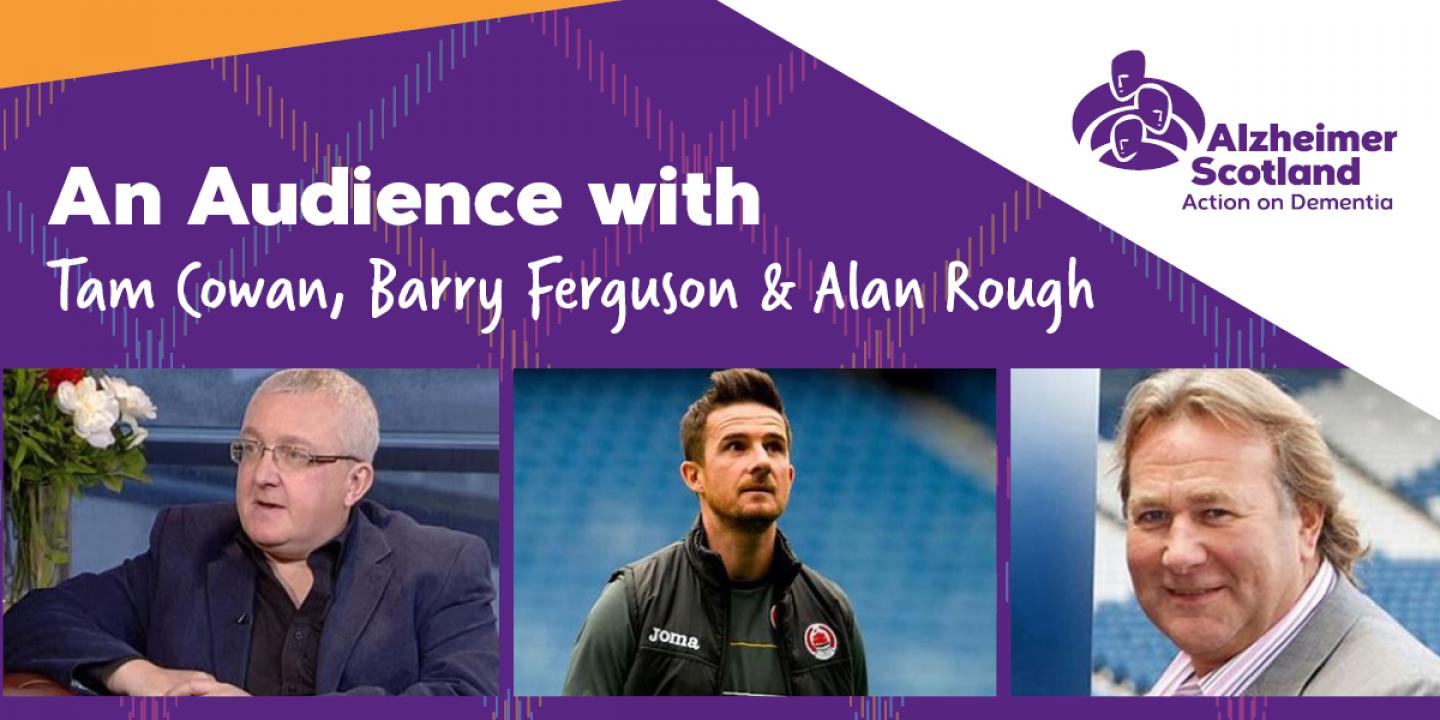 Football fans have the chance to join Alzheimer Scotland for a mid-week fun filled virtual night from the comfort of your own home.

You can send your questions to gdolan@alzscot.org or tel 07796673130 before the event and Tam will take great pleasure in putting the guys on the spot live from your very own sofa.

The event will be full of Scottish football banter, jokes, laughter and a short live auction.

The event is sponsored by OiOi gaming community.

Alzheimer Scotland is Scotland’s national dementia charity whose aim is to make sure nobody faces dementia alone.

The charity have Dementia Resource Centres in 21 different locations across Scotland and those centres provide a safe and friendly environment for people with dementia and their carers to visit and take part in a wide variety of activity groups.

In addition they have a 24-hour Freephone Dementia Helpline which provides information and emotional support to people with dementia, carers, families, friends and professionals.