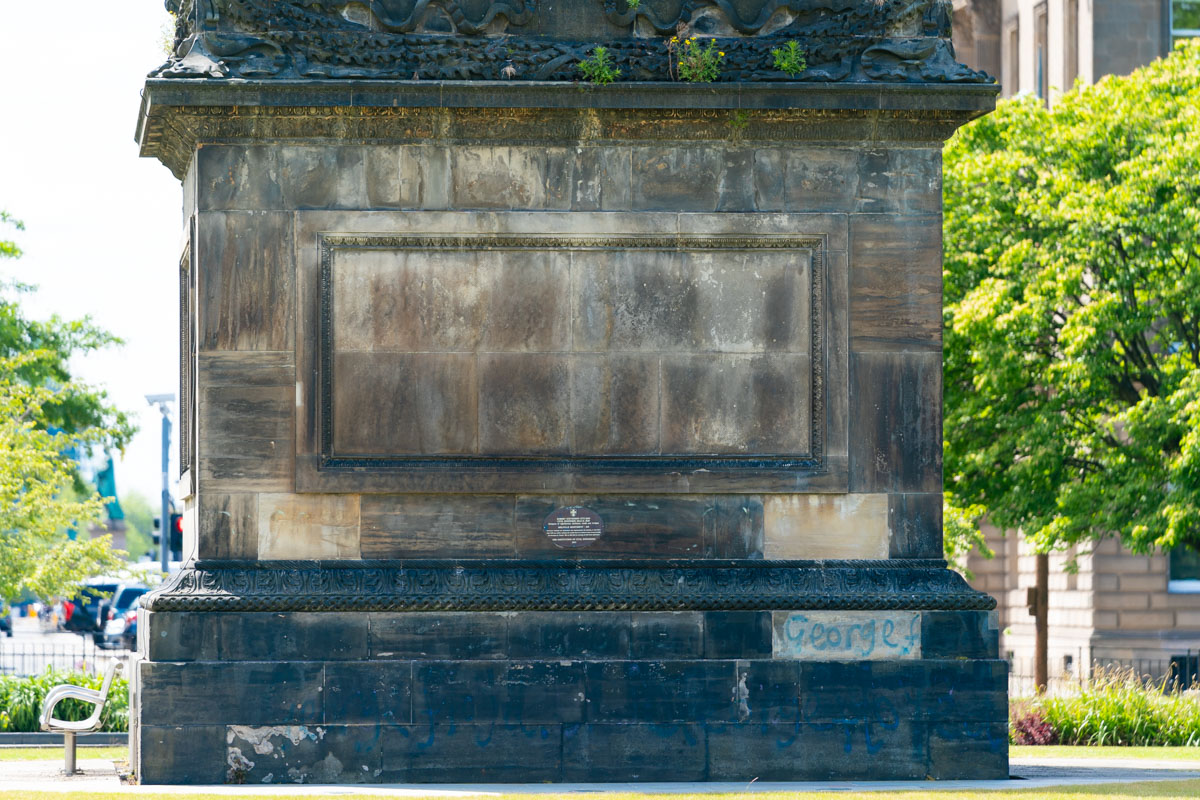 Pro-union group “A Force For Good’ is planning to hold a “peaceful vigil” at the Melville Monument in St Andrew Square later today.

The monument which commemorates Henry Dundas, an advocate and politician who helped delay the abolition of the slave trade has attracted graffiti and in response, the City of Edinburgh Council agreed to place a plaque on the monument highlighting his history.

A representative from ‘Force For Good’ said they would be “standing up for Scotland and Britain’s proud history”.

In a Facebook live group a representative spoke about their planned Edinburgh event, saying: “We at A Force For Good are particularly animated by the current controversies around British history.

“When we see people who are attacking Britain, obviously we have an opinion on that.”

The vigil follows a  a ‘protect the Cenotaph’ event which in Glasgow on Wednesday which was held by the National Defence League just before a planned No Evictions Glasgow group demonstration campaigning for the rights of asylum seekers.

“If they break the law, they should face the full force of it. And all of us should unite to say that welcoming refugees and asylum seekers is part of who we are.”