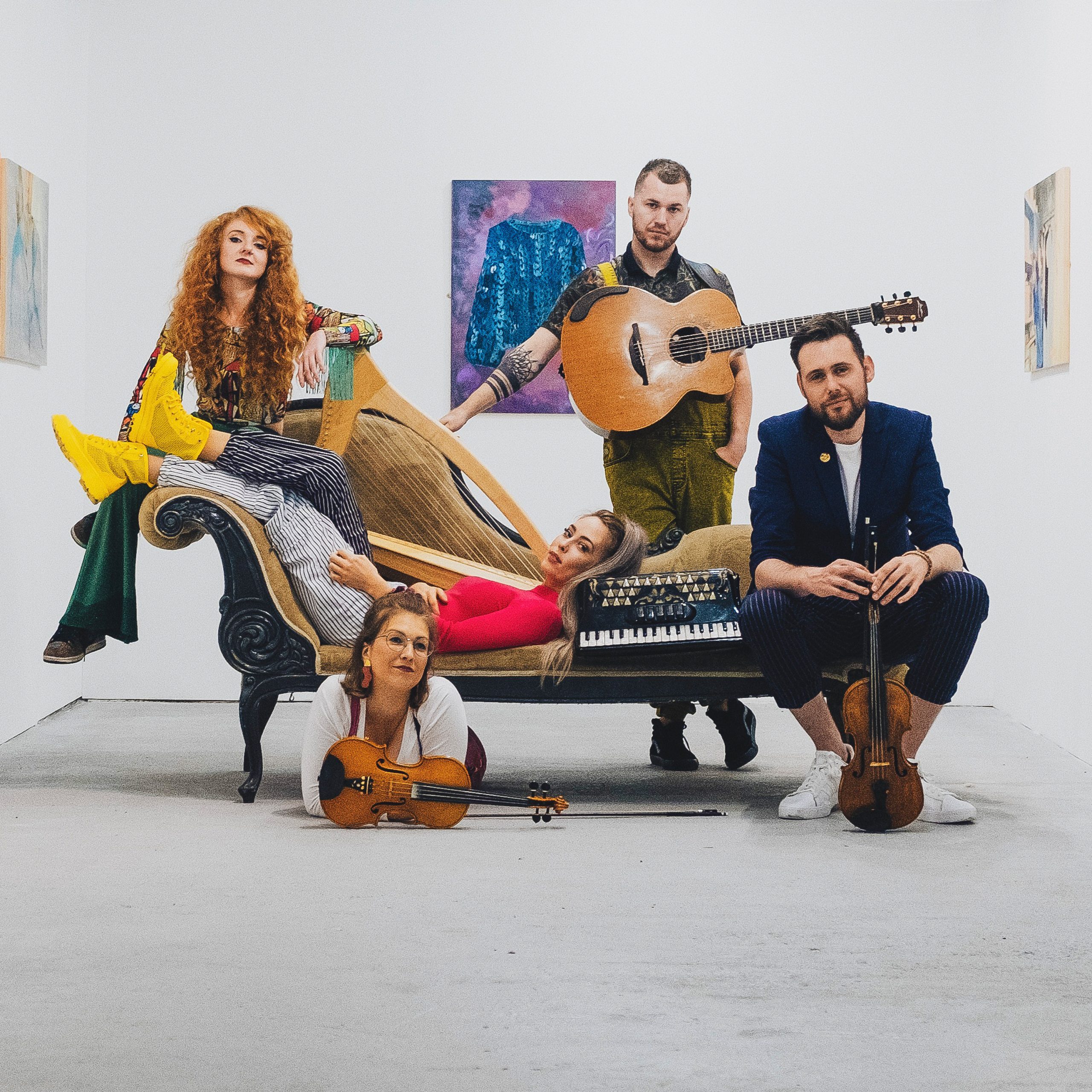 When Welsh fiddler Angharad Jenkins wrote her latest tune she never expected it to be taken up by some of her heroes.

Like many other musicians, Angharad’s band Calan has had months’ worth of work cancelled due to the Covid-19 pandemic. The band were actually on tour in the U.S. when they got word of the impending lockdown and had to return home, which meant having to cancel a series of concerts.

“We love to do what we do,” says Cardiff-based Angharad, “and touring is always a big risk when we have to put up so much money up front. Just getting over to America costs us around £800 to get our working visas plus £2000 for flights and around £1000 in accommodation, and on this occasion we lost money in fees due to cancellations and missing out on CD and other merchandise sales.”

When the band’s UK tour in April also had to be cancelled, they needed to bring in some income fast. So they decided to offer their musical services in a Crowdfunder campaign, giving music lessons online and composing tunes for commission fees.

“The commission idea proved quite popular,” says Angharad. “We agreed that each of us could write ten tunes and I’d already written one or two when a gentleman got in touch and asked if I could write one for his sister, Ailsa Johnstone, who is a nurse and lives in Pathhead, near Edinburgh. I’d never heard of Pathhead before but I wrote the tune and sent it off on manuscript paper.”

Unfortunately, Ailsa can’t read music. But she knows a few people who can.

“A few days after I posted the tune to Ailsa, Corrina Hewat got in touch,” says Angharad. “She knows my mum, because they’re both harp players, and she said, ‘Your tune’s getting played around the village.’ I was gobsmacked because I didn’t think the tune would arrive so quickly due to the pandemic and I certainly didn’t expect my tune to get played by people whose CDs I listen to all the time like Lau and Karine Polwart.”

Angharad composed Key Workers Waltz for Ailsa but also wanted to dedicate it to all the key workers who have been working so hard during the pandemic and are always there for everyone.

“It’s always flattering when someone else likes one of your tunes enough to play it,” she says. “When people whose music is such a big part of my life choose to play it, that’s a real thrill. But I’d be delighted if anyone would like to pick up the tune and play it now. I’m biased, I know, but I think it sounds especially good at 8.00pm on a Thursday when we’re all clapping for the care workers around the country.”