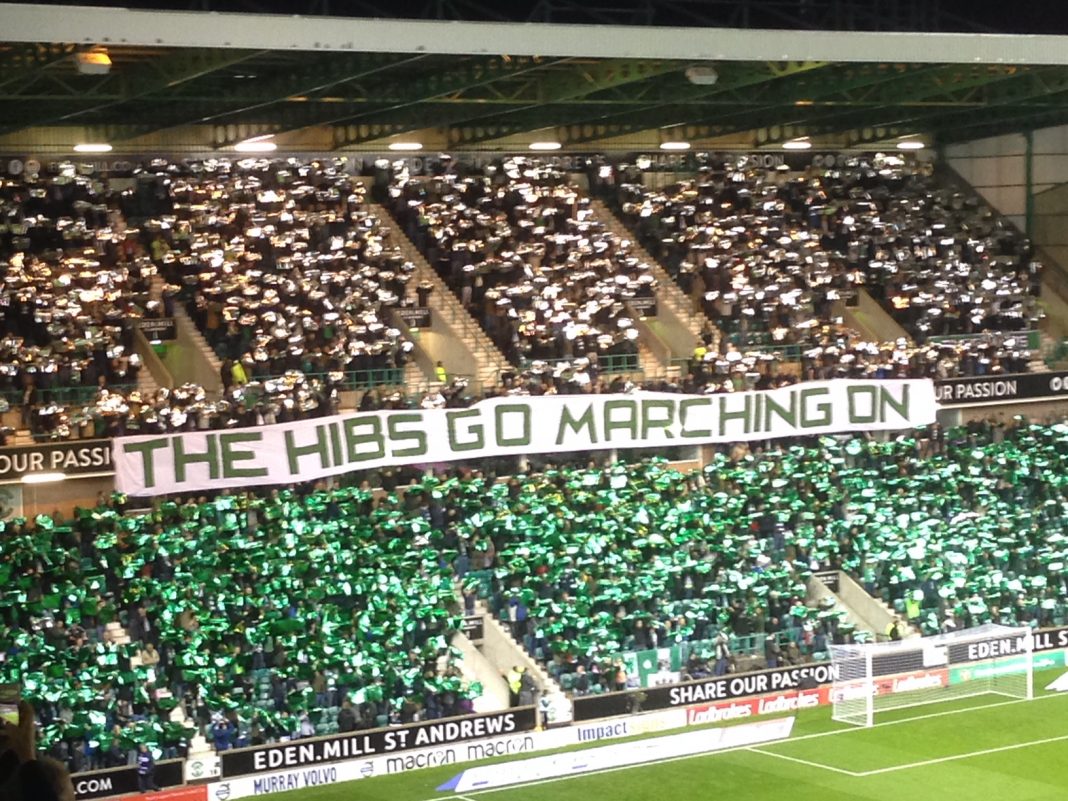 Hibs’ fans ‘singing section’ known as ‘Since 1875’ has been relocated from the Famous Five Upper to Section 45 in the East Stand.

The club are currently releasing the seats previously held by Since 1875 should anyone else wish to secure those spots.

The core group will be based in rows AA and BB of Section 45 of the East Stand and there are spare seats in the surrounding areas.

Fans who have purchased a seat already and wish to move to join them should email tickets@hibernianfc.co.uk

Hibernian FC Chief Executive, Leeann Dempster, said: “We have a strong relationship with Since 1875 and we’ve always tried to work with them and support them whenever possible.

“We don’t always have the flexibility to accommodate every request, but this was one we were determined to help with.

“We had discussions with the group before football was halted in March and this was agreed as the best solution to improve their position for next season.

“At the AGM we painted our vision for having the best match experience possible. The long-term impact of the current situation is unknown but we still hold that ambition and will engage with all supporters to achieve that aim when we return.

“Like every single Hibernian supporter, I can’t wait for the day that the team runs out at Easter Road Stadium to a packed crowd – and we hope Since 1875 will be a loud, passionate voice in the atmosphere we hope to create.

“Their Time For Heroes banner from the 2016 Scottish Cup Final is the stuff of legend. Now it’s time for a few new stories.”