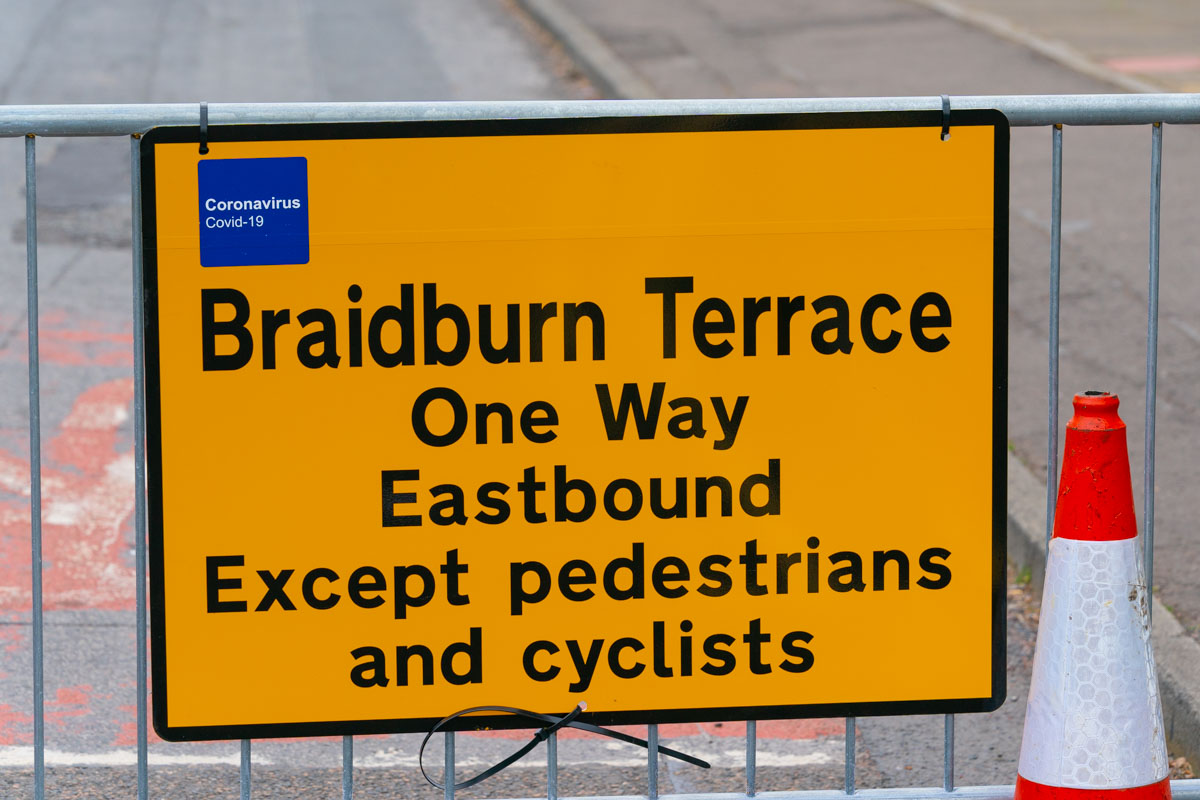 This week the council will discuss proposals for setting up temporary cycling and walking infrastructure to allow the city to open up after Covid-19 restrictions are lifted.

As well as this there will be a package of short and long term measures to establish safer routes for those on wheels or on foot. Since the lockdown began active travel has increased by 15 to 20% with car and public transport use much reduced.

The problem is that when cyclists and walkers use the pathways around the city, they are creating a congestion of their own. The council wants to encourage people to stick to using active travel where they can and the new measures should make it easier.

There are three roads in Edinburgh which have been closed already, Braid Road, Silverknowes Road and Links Gardens, but these plans include proposals to close roads, create bus gates perhaps on Minto Street, Liberton Road, Craigmillar Park, and Dundee Street at Fountainbridge, introduce temporary cycle lanes and lo and behold, make pedestrians the priority at traffic lights.

There is also a proposal to extend bus lanes, widen pavements and review speed limits. The good news is that there will be no waiting for this. It is part of the Spaces for People funding announcement by The Scottish Government that the plans will bypass the red tape and be put in place very quickly.

The city council has already widely consulted on its Edinburgh City Centre Transformation Plan which concentrates on areas around Princes Street and the Old Town, so it has plans almost ready to go. In this scheme streets such as Victoria Street and East Princes Street will be closed to cars and car parking reduced.

The council is also speaking to other bodies and to Police Scotland to find other routes which would support making more space for people to exercise. Some of the likely areas include Waverley Bridge which could be closed to traffic, temporary widening of footpaths on Morrison Street, Morningside Road and Easter Road, footpaths widening and cycling segregation on George IV Bridge, closing East Fettes Avenue, Viewforth and a bus lane on Queensferry Road.

Council Leader Adam McVey said: “We’re leading the way with our approach to safer, more accessible streets and we’ve received a huge amount of support for our plans to create more room for pedestrians and cyclists. It’s clear that people want and need to make essential journeys and take daily exercise by foot or bike safely and we need to give them the space to do so.

“It’s no secret that we face many months of upheaval as we work to emerge from this crisis, and this will no doubt impact on the way we move around the city. As we return to a ‘new normal’, our citywide strategy will support people to make journeys by foot, bike or public transport while continuing to observe physical distancing.

“We’ve been working closely with the Scottish Government and Sustrans to make improvements such as these easier in the long term. By bringing forward more permanent plans to prioritise these modes of transport, we’re also looking to a cleaner, greener and more sustainable future for Edinburgh.”

Depute Leader Cammy Day said:“We’re already seeing the benefits in areas where we’ve implemented changes and we’re working to introduce improvements to other pinch points across the city, helping people to reach nearby open spaces, essential services and to get to and from work safely. We’ve already identified several streets but we’d also welcome any suggestions from the public.

“It’s crucial that these measures work for everyone living on or near the streets concerned. We’ve been engaging closely with local communities to make sure access is maintained for deliveries, those with mobility issues and emergency services, and these conversations will help us as we continue to roll out changes.”

You can read the council report here and watch the meeting live on the council website on Thursday 14 May at 10.00am.