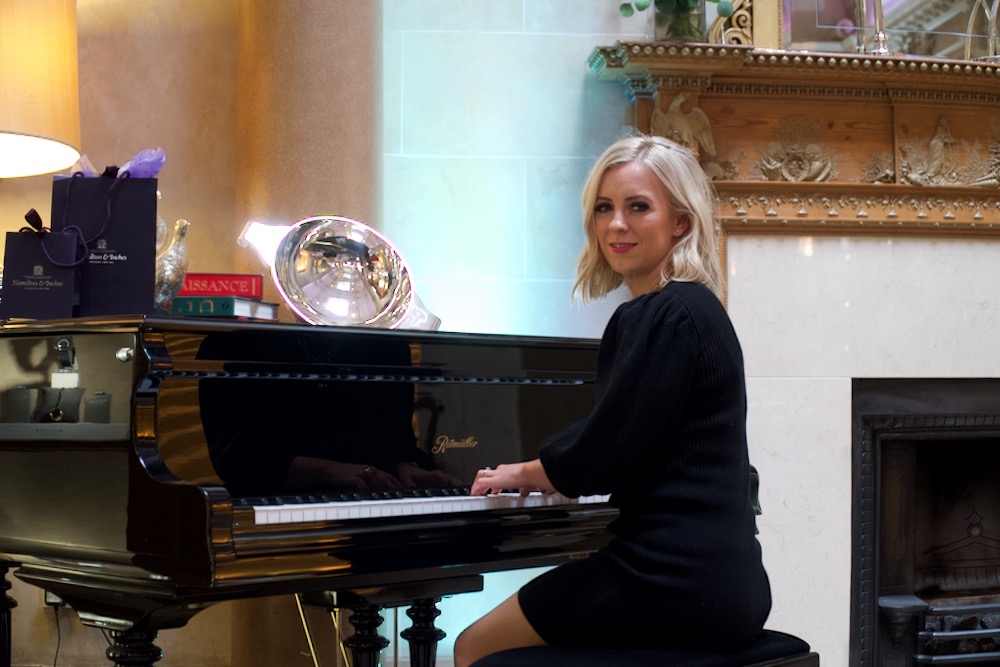 Hamilton & Inches, the jeweller on George Street remain open to customers with a smaller than usual staff.

Thankfully, one of the staff who was in the showroom today was Fran Desoisa.

Fran deals with the business’s corporate clients, and so does not get much time to play the piano, but we persuaded her to spend a little time with us to spread some musical cheer for our readers.

We ventured out to film this just for you. The beautiful piano @hamiltoninches played beautifully by Fran who works there…#turnupthevolume pic.twitter.com/ctC9ShTlwq

She achieved Grade 8 in piano while still at school, but admitted that she had not played in a while. (We thought she did okay……)

H&I have the most beautiful Ritmüller baby grand piano in their showroom.

When we suggested to them that they get someone in to play it so that we could film it, little did we know they already had someone so close to home.