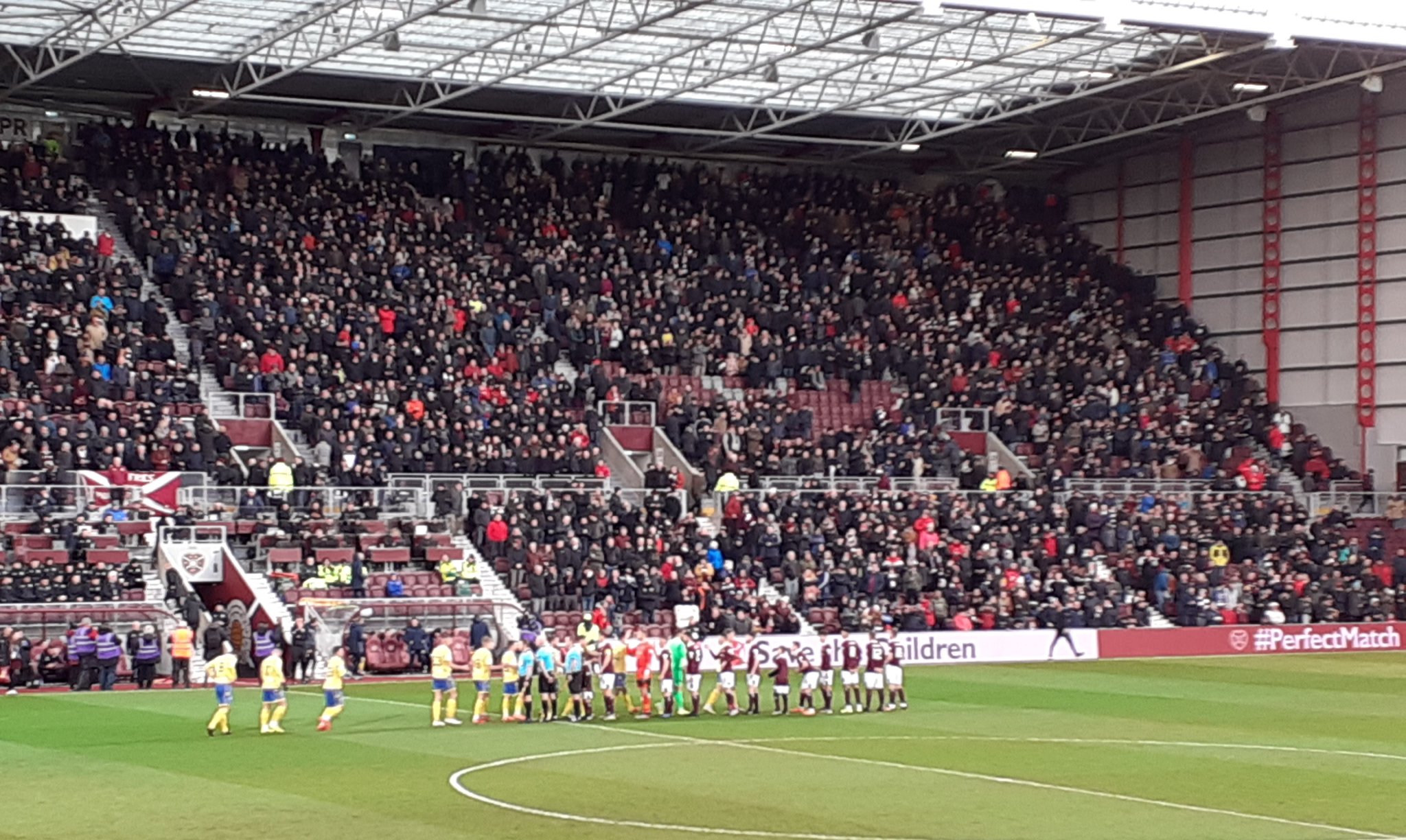 There may be a new man in charge of Hearts, but it was a case of the same old lamentable story of season 2019/20 as Hearts slipped deeper into the relegation mire after a 1-0 loss to St Johnstone at Tynecastle.

A goal 15 minutes from the end from Hendry gave the Perth Saints a vital win as Daniel Stendel’s reign as Hearts manager began in hugely disappointing fashion.

Stendel made four changes from the Hearts team that lost to Motherwell last Saturday with Oliver Bozanic, Aaron Hickey, Aidan Keena and goalkeeper Bobby Zlamal returning to the starting eleven.

The Hearts supporters gave their new manager a rousing reception and their team began the game brightly enough. However, the defensive frailties that have blighted Hearts season surfaced again as St Johnstone really should have opened the scoring after just ten minutes. A long ball forward confused the Hearts defensive line and O’Halloran took the ball round Hearts keeper Bobby Zlamal and seemed set to pick his spot to score. However, he didn’t vouch for a brilliant goal line clearance from Aaron Hickey to save the day and Tynecastle breathed again.

Zlamal then saved from Kennedy as the visitors grew in confidence and Hearts early promise evaporated into the cold Gorgie air.

Jamie Walker tried his luck with a shot on goal, but Saints keeper Clark nudged the ball round the post. Steven MacLean then had a chance to score against his former team, but he blazed his shot high into the visiting support in the Roseburn Stand who took great delight in the striker’s obvious anguish.

Stendel brought on Ryotaro Meshino for the ineffectual Aidan Keena at the start of the second half but the on-loan Manchester City player struggled to make any impact as Hearts toiled laboriously and made little threat to the St Johnstone goal.

With a little over 15 minutes remaining St Johnstone looked like they had scored when Hendry shot for goal inside the Hearts penalty box. It looked a certain goal but Zlamal produced a brilliant save to deny the Saints player.

However, Hendry was denied only for a matter of seconds. From the resultant corner the Saints man headed the ball home from close range to give Tommy Wright’s men a deserved lead.

That was that as Hearts huffed and puffed and never looked like even threatening an equaliser. It was another woeful display in a season of woe – it’s certainly not the season to be jolly for anyone in maroon.

After the game, Daniel Stendel stated the obvious by saying there was much hard work to be done at Tynecastle. He told BBC Sport Scotland:

“You can see the players wanted to try the new things, but we did not deserve to win, we have not really created chances. I hope the fans give the players more chance to change the opinion, because we need help from the stands.

“We can play so much better than today. We have some big players injured and when they come back I hope we will have more quality to change things.”

Next up for Hearts is the visit of league champions Celtic on Wednesday evening. What could possibly go wrong?