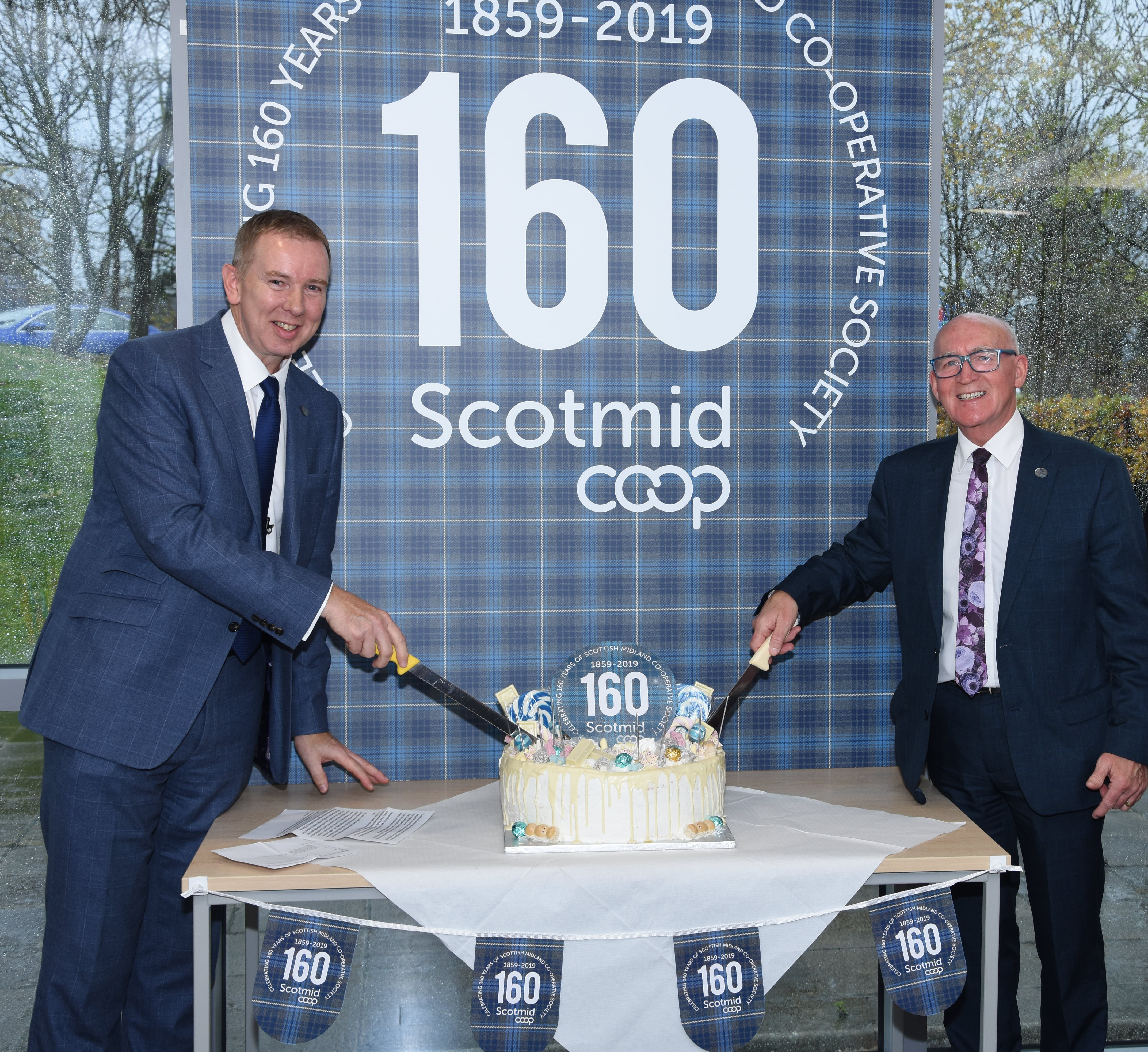 The doors at Scotmid’s first-ever store at Ponton Street, Edinburgh opened on Friday 4 November 1859 and to mark the Society’s 160th birthday there are a series of celebrations planned.

During the anniversary week, each store will be encouraged to raise £160 for the Society’s Charity of the Year partner, Chest Heart and Stroke Scotland which will generate a substantial sum – in excess of £20,000 – towards the final fundraising target of £300,000.

Each of the Scotmid stores will also get the opportunity to recognise and reward those in their local community, who deserve special recognition. Each store will hand their Community Heroes a small gift just to say thanks for playing a key role in the local area.

Formed as St Cuthbert’s Co-operative Association before merging with Dalziel Co-operative in January 1981 to become Scotmid, the Society has played an ever-present role in Edinburgh life and beyond over the past 16 decades.

Scotmid can lay claim to opening Scotland’s first-ever supermarket at Leven Street in Edinburgh in 1959 and then in 1965 the Society’s transport department also received the prestigious Royal Warrant for Coach Painting.

Chief Executive John Brodie, who has served in the post since 2005, says he is extremely proud that Scotmid have reached the milestone anniversary in what are challenging and uncertain times and that the Society continues to stick to its core purpose.

He said: “We’re incredibly proud of the fact we’ve been part of the local landscape for the past 160 years and the role that we’ve played in serving communities and improving people’s everyday lives.

“It is pleasing to think that we operate with the same values and principles as the pioneers agreed back in 1859.

“Thanks to all our members, and customers for the support we’ve received over the past 160 years and we look forward to serving them in the future.”

President Harry Cairney said: “It was with immense pride and gratitude that I accepted the role of President of our Society five years ago and it is a real honour to be able to lead Scotmid into our 160th anniversary celebrations.

“Overall, there have been 43 Scotmid Presidents – from Mr Borrowman in 1859 through to myself and we’ve all shared the same belief in the merits of co-operation.

“My first ever job when I left school was with St Cuthbert’s, so I never thought in my wildest dreams that one day I would be President of the Society.

“I’ve been involved with Scotmid for 43 years and, although plenty has changed in the world during that time, one factor has remained constant – our values and principles.

“That provides me with a great sense of satisfaction that our core purpose has been a constant for all that time.”