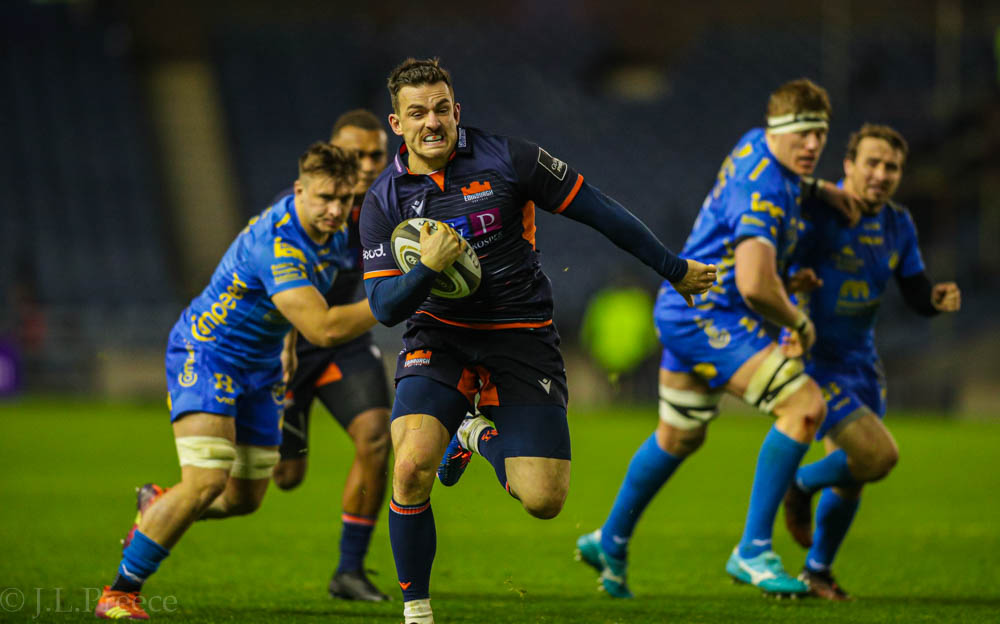 For the second home match in a row BT Murrayfield welcomed a Welsh team for the latest Guinness PRO14 match-up against an Edinburgh side who were gradually blending their World Cup ‘absentees’ back into the squad.

Dragons were those visitors and it was they who started, by far, the better.

The home side were pinned in their own half for most of the first 10, or so, minutes, with Dragons giving them a hard time in defence and winning a penalty, which Sam Davies managed to miss, two minutes in.

Edinburgh got their first big break on the go when they won a penalty in front of the posts for a ruck infringement. Going for the line, they won the lineout and mauled their way forward, holding in as many of the opposition as possible.

About five metres out, the ball was released, and passed to Mike Willemsee who crashed over the line in a pile of bodies, only to be pulled back for a forward pass.

Dragons won their scrum and cleared, but the hosts were immediately back on the offensive down the right when new signing, Eroni Sau, bulldozed his way through a couple of defenders, before – as Fijians are wont to do – launching the ball out of a tackle, back towards ‘someone’ in his team in order to retain possession.

Edinburgh then continued the pressure and won another penalty, which they kicked deep, to the right touch.

A quick recycle saw the ball through the backs as first Matt Scott, then Simon Hickey, whipped the ball across the pitch, ending up with Blair Kinghorn, who then had a relatively simple run in for the opening try. Hickey then converted for 7-0 after 15 minutes.

The next 35 minutes were fairly even with neither side looking particularly threatening, although both scrum halves managed to get plenty of box-kicking practice in from behind the many rucks.

As the half progressed, however, the visitors were giving away more penalties, and it was the last of these, just over the 40 minute mark, that gave Hickey the opportunity to stretch the half time score out to 10-0.

The second half started with a bang as, from the first lineout (why they don’t just draw lots to see where the, now inevitable, ‘post-restart lineout’ is taken from is beyond comprehension!), Matt Scott ran the perfect line to receive the first-phase ball, and gallop all the way in for… another forward pass to be adjudged……

Yellows for Edinburgh’s Ben Toolis and Dragons’ Huw Taylor were met with a degree of scepticism from both sets of supporters, but Taylor’s card meant the Hickey could kick his second penalty for 13-0 with 55 minutes played.

With both sides on 14, there was a bit of extra space, space which Dragons exploited two minutes later with a try of their own.

Dragons won their scrum deep in Edinburgh’s half and, in a near duplicate of Scott’s ‘non-try’, Davies popped the ball to centre, Adam Warren, who took advantage of a gap in the defence and sprinted all the way in for the five points. The No. 10 then slotted the kick home to bring the score to 13-7 to Edinburgh.

The home side then ‘decided’ it was time to get back on message and they pummelled the Dragons’ defence, driving them back into their own 22.

Reward came in the 62nd minute when the hosts created an overlap down the left and, the ever-ready, Duhan van der Merwe galloped in for the points. Hickey then scored the, near-touchline, kick to take the score out to 20-7

The South African had another run-in a few minutes later denied, but the remainder of the match was scoreless.

Edinburgh did come close about five minutes from time, but were penalised for a ruck infringement just short of the line leaving the final score at 20-7 to the home side.

Domestic rugby is on hold for the next couple of weeks for Edinburgh as they travel to Agen to open their 2019 European Rugby Challenge Cup Campaign.