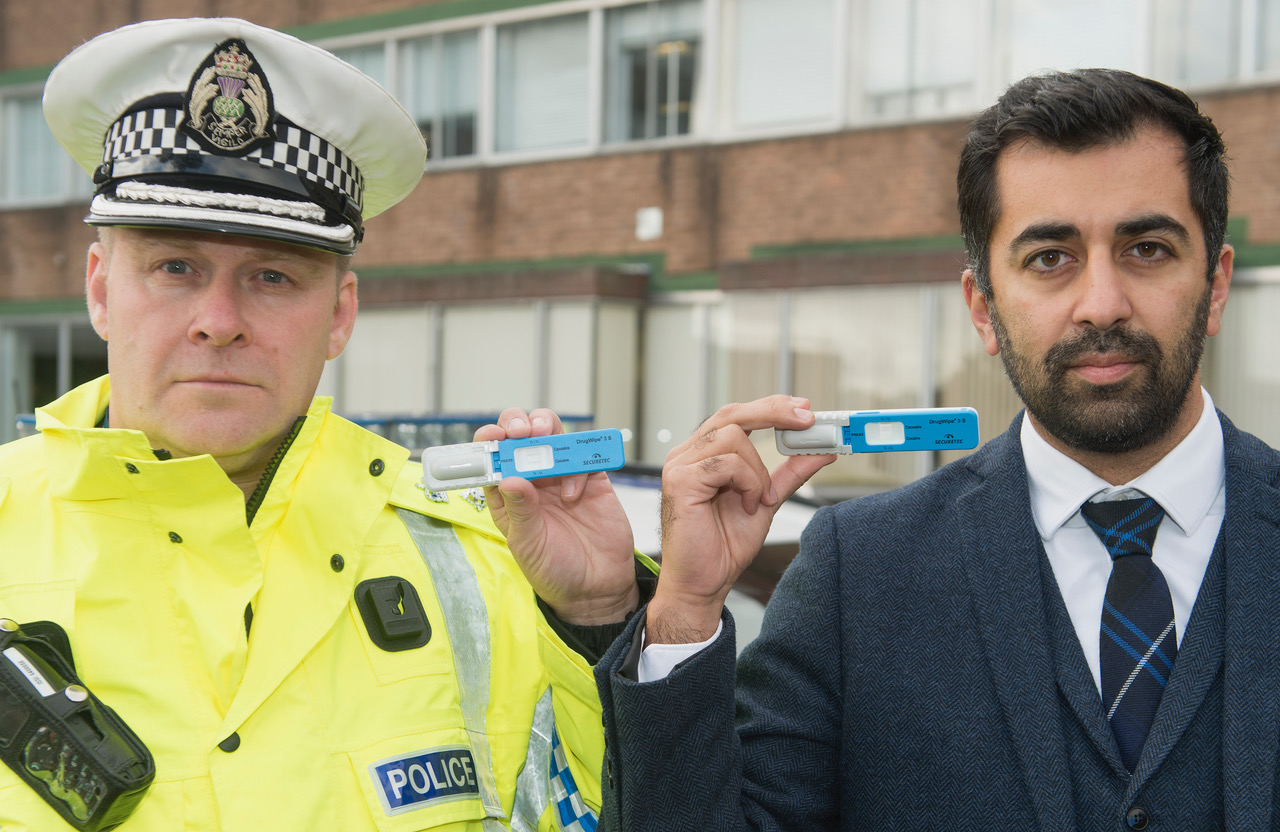 Motorists in Edinburgh are facing the possibility of roadside drug tests from today, 21 October, as Scotland gets tougher on drug driving.

A new law which introduces strict drug drive limits has come into effect, with Police now able to carry out immediate tests using ‘mouth swabs’ for any motorist they suspect of drug driving, or who have been involved in a collision or stopped for a traffic offence. If the test is positive, drivers will be arrested.

People are up to three times more likely to be killed or seriously injured in a road crash when driving after taking cannabis, rising to 10 times for cocaine. Combining drugs or combining them with alcohol multiplies your risk of being involved in a crash.

The new law means it is now easier to hold drug drivers to account as there is no requirement to prove that someone was driving in an impaired manner. There is a zero-tolerance approach to the eight drugs most associated with illegal use, including cannabis, heroin and cocaine. Drugs associated with medical use have limits based on impairment and road safety.

Chief Inspector Mark Patterson – Road Policing East Area Commander, said: “From today police officers across the East of Scotland will have additional powers which we will use to improve road safety for all road users. The introduction of legislation enabling officers to use roadside devices to quickly and accurately identify those driving under the influence of illegal drugs is to be welcomed in removing impaired drivers from the roads.

“My officers will be utilising these new powers in all areas across the East of Scotland from today in order to improve road safety and reduce collisions and casualties on our roads.”

A drug drive conviction is both a criminal and driving offence. Upon conviction drivers will receive a minimum 12-month driving ban; 3-11 penalty points on your licence; a criminal record; up to 6 months in prison and/or a fine of up to a £5,000.  Drug-driving can have devastating consequences, people can and have died and lives can be ruined.

Drugs can stay in a user’s system for hours and even days after consumption. Some heavy users will always have drugs in their system.

“I am grateful to Police Scotland, the Scottish Police Authority, and the Crown Office and Procurator Fiscal Service for their hard work to prepare for the new laws coming into force.

“Alongside our stringent drink driving limits, these new curbs will ensure Scotland’s law enforcement agencies have the most robust powers in the UK to tackle impaired and unsafe driving in order to keep people safe.”