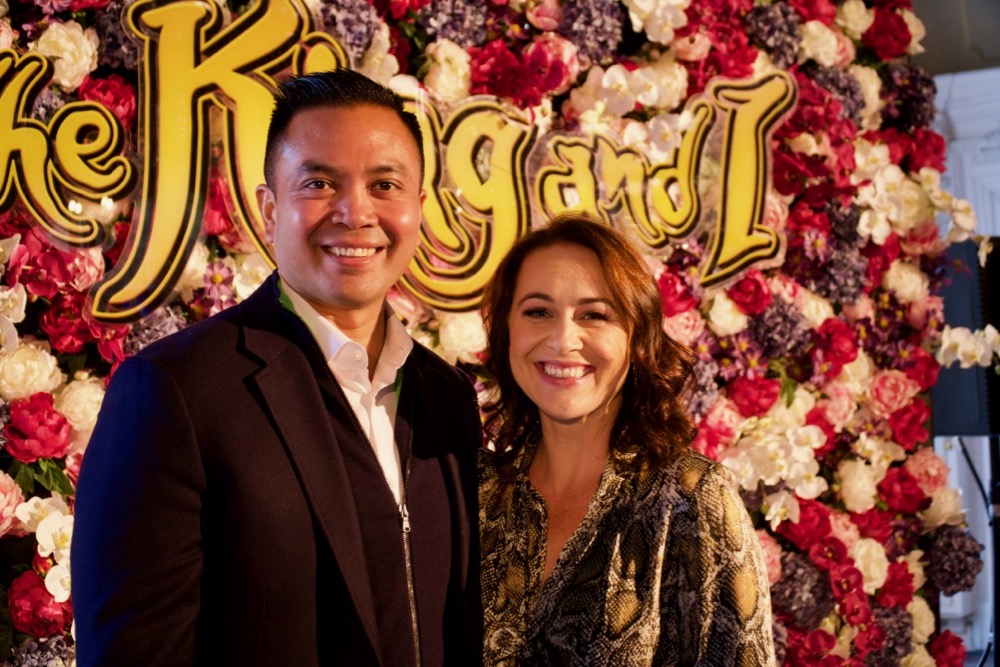 Annalene Beechey and Jose Llana will star in Rodgers & Hammerstein’s The King and I when it comes to Edinburgh Playhouse next month, and they were in Edinburgh at the Waldorf Astoria a few days ago to give us just a mere hint of what to expect.

The Lincoln Centre Theater iteration of the well known musical is hailed as one of the most lavish productions of romantic musical theatre. It comes with a full scale orchestra and over 50 world class performers. Annalene told us that one of her dresses weighs around three stones.

Next month at @edinplayhouse Annaleene Beechey and Jose Llana will play Anna and the King in the @LCTheater production of The King and I. Here is just a wee snippet to cheer you this Monday pic.twitter.com/QyrRu5xX7h

We were invited to a special preview of some of the music when Annalene and Jose sang a couple of numbers for the assembled press and Friends of the Playhouse.

Annalene introduce her first song to us. She said : “Early on in the show about the second number we have Anna’s reflection on the love that she had – her husband Tom had sadly died which is what made her move to Siam, an unknown country for her with her young son. So it is a reflection on her love of her husband and she is describing that to the King’s many wives. It is a little bit of girl time!”

Jose has already played this role on Broadway and then the two stars enjoyed a sell-out run at the London Palladium, with Beechey initially serving as stand in. The travelling production has already visited other major cities in the UK and Ireland to much acclaim.

Bartlett Sher, a Tony Award winner who recently directed the Broadway success To Kill a Mocking Bird, will direct this production with his creative team who worked with him in London.

And in case you don’t know the story – Set in 1860s Bangkok the musical tells the story of the relationship between the King of Siam and Anna Leonowens a British schoolteacher whom the modernist King in an imperial world brings to Siam to teach his many wives and children. 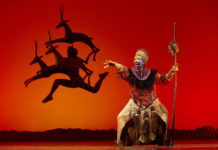 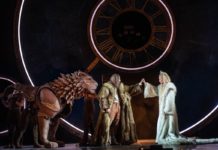 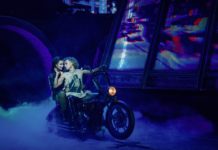 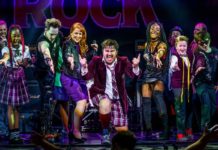