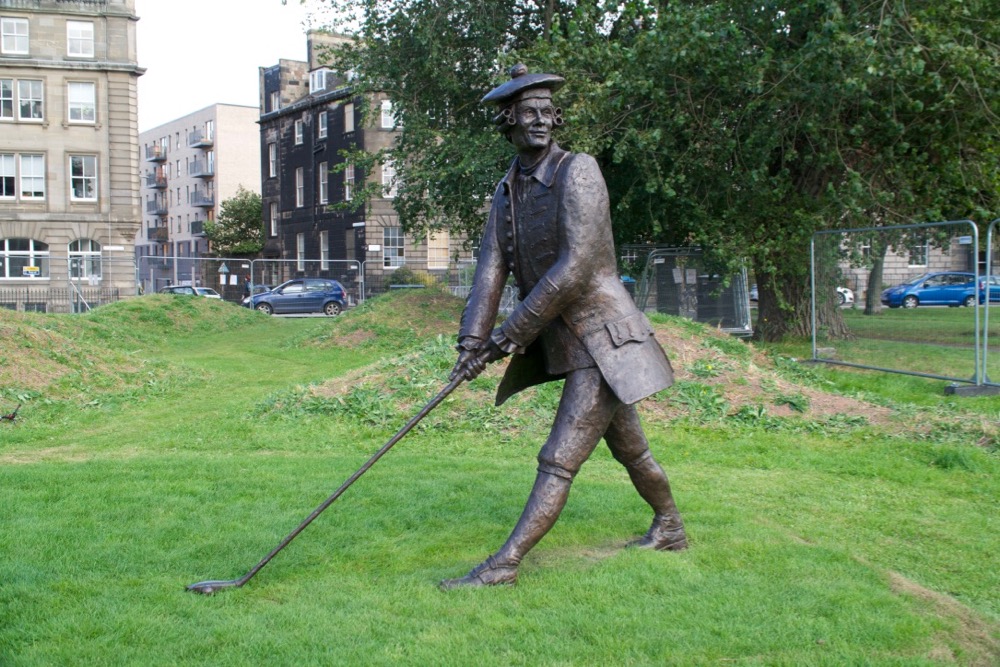 A new statue was unveiled this week on Leith Links marking the contribution of John Rattray, Surgeon and charismatic Sportsman who signed the first written Rules of Golf for an “Open” golf competition there in March 1744.

Pat Denzler who is chair of The Leith Rules Golf Society told us why it is important that he has a statue :”After helping the wounded at Prestonpans he became Physician to Bonnie Prince Charlie, was captured at Culloden and set to hang.

“His golf partner and friend the Lord Chief Justice, Duncan Forbes of Culloden saved his life arguing for his release; Rattray played and won again in 1751 but had to lie low in the turbulent political times.

“Rattray’s Statue unveiled to-day will honour his rightful place in the history of the Rules of Golf and in recognising the importance of Leith Links in the story of to-day’s worldwide game.

“The Silver Club Competition is the oldest Golf trophy still competed for to-day and these Original Rules the ‘Articles & Laws in Playing at Golf” still form the basis of the modern game.”

It is the 275 years since the Edinburgh Town Council donated a silver club for a competition by The Gentleman Golfers and John Rattray won it, in the first of the club’s competitions. (That club is now sited at Muirfield, a classic links course.) The council required the rules would govern conditions of play and the thirteen Rules of Play were produced.

More information can be found on the Leith Rules Golf Society website:  www.leith-rules-golf.co.uk