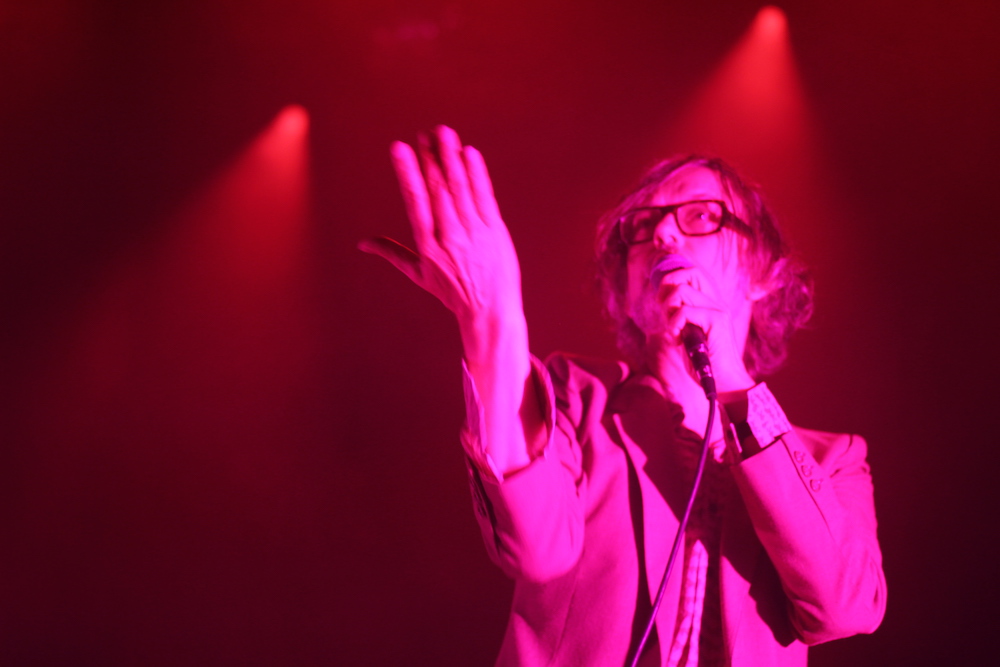 
Former Pulp frontman Jarvis Cocker was easily one of the most famous pop stars in Britain during the 1990s.

Since then he’s gone on to present two noteworthy shows for the BBC, Radio 6’s Sunday Service with Jarvis Cocker and Radio 4’s nocturnal treat Wireless Nights. Solo outings have been sporadic but his last visit to the festival in 2017, a collaboration with Chilly Gonzales in support of their album Room 29 was universally praised.

Arriving in a thick fog of dry ice, under an array of colourful lighting he begins with Sometimes I am A Pharaoh, it’s the first of several unknown new songs but Cocker knows how to hold he audience’s attention from start to finish. He’s an immediately compelling presence taking hold of the stage while referring to “turning over a new Leith”.

He remains a fascinating blend of playful and edgy throughout. Current single Must I Evolve is a frantic and fun poke at society and the current attempt at a cultural reformation. The sage of Brit-pop refers to various words of wisdom from thinkers and public figures of yore finding a meaningful connection where possible.

A version of Pulp’s His ‘n’ Hers doesn’t sound remotely nostalgic and slots into the set with ease. Cocker straps on an electric guitar for Elvis Has Left The Building, a perfect close to an eclectic and riveting evening.