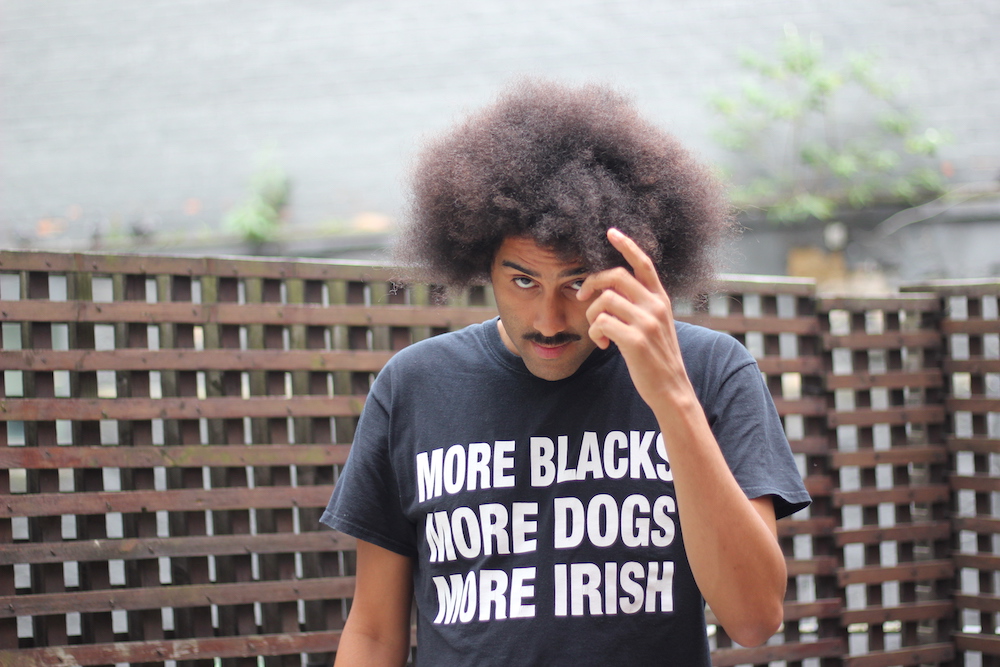 Dancing In The Moonlight appropriately begins with a lesson in Irish history and legend, something Phil Lynott was not averse to doing such was his love of Ireland.

Born in England, Lynott suffered abuse as a mixed-race child in Manchester, at age seven his mother, Philomena, took him to Dublin to be brought up by his Irish family.

The play handles Lynott’s 1950s/60s childhood and teens with the right blend of pathos and humour.

It helps that Miles Mlambo bears an uncanny resemblance to Lynott, added to that the accent is spot on and the Thin Lizzy frontman’s deep Irish brogue soon spirits the audience away.

Presented in a black box theatre meets Alan Bennett’s Talking Head’s style, it’s clear Lynott lived an extraordinary life long before he became one of the most iconic rock stars of the 1970s, fronting one of the most influential hard rock bands of all time.

Undoubtedly his singular story is an important marker in the pop culture of Britain and Ireland. This sold-out festival run feels like a significant stepping stone to a bigger production for stage, perhaps television or even cinema. The sky’s the limit for one of rock’s hidden stories that deserves wider attention.

This guy bears such a resemblance to Phil Lynott and yes he is Lynott in @DITMPlay at @PqaVenues pic.twitter.com/PJm71SyURA