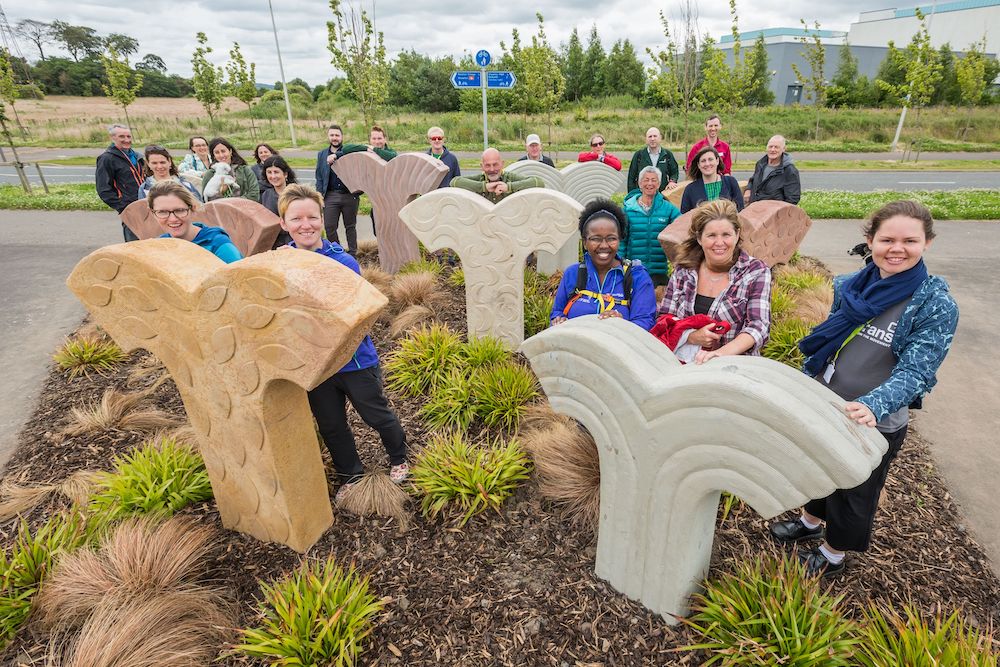 A traffic free route (or a pathway to you and me) has been created linking Shawfair on the edge of town with Gilmerton and Danderhall with Lasswade.

Now there is new artwork by Susheila Jamieson and James Gordon and Andrea Geile in place and which was formally unveiled today.

The sculptures were funded by Transport Scotland via Sustrans Scotland’s ArtRoots programme in partnership with City of Edinburgh Council and Midlothian Council.

With new housing developments surrounding the traffic free link, the local population is set to increase significantly in the coming years. The 3km traffic-free route, transformed from a disused railway line, will connect residents with local amenities including shops, schools, the train station and park and ride.

The first phase of the route was completed in 2018, the second phase has now been completed with a new ramp connecting the Gilmerton community to the path and the installation of these sculptures.

The artists involved Danderhall Primary School and other community groups in the creation of their work. Susheila Jamieson & James Gordon and Andrea Geile were chosen based on their experience in public sculptures, their skills in involving members of the public with their projects and their fantastic initial proposals for the sites.

Working with Corten Steel at her studio in Midlothian, Geile has transformed 1.7 tonnes of steel into 11 sculptures inspired by local plants titled ‘Wandering among the Greenwoods’.