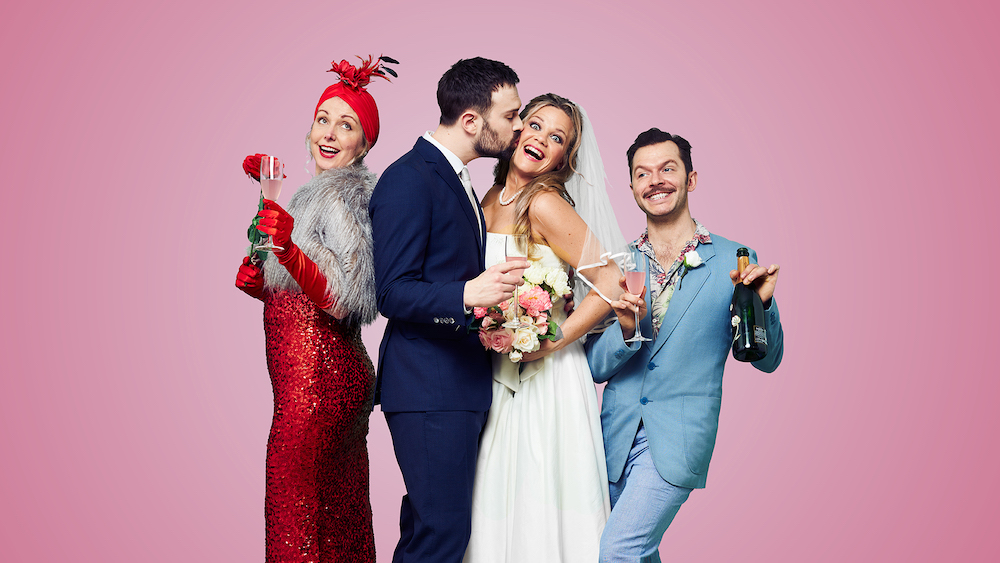 Imagination Workshop has a colourful and classy 5-star hub, new for Edinburgh Festival Fringe 2019 in one of the city’s best hotels and hosting 11 amazing acts, including Fringe favourite, Faulty Towers The Dining Experience, and blockbusters Confetti & Chaos and Only Fools The (cushty) Dining Experience.

Curated by Interactive Theatre International (ITI) and based in The Principal Edinburgh George Street Hotel, Imagination Workshop is hosting 11 shows from Australia and the UK, chosen to appeal to the widest range of ages and tastes, from mid-morning to late night.

Hub programmer and ITI business development manager, Jared Harford, said : “Immersive dining experiences are really taking off this Fringe. In fact, five of our shows include food. We’re leading, of course, with Faulty, and also have Only Fools The (cushty) Dining Experience and Confetti & Chaos, plus two Aussie shows, Comfort Food Cabaret and A Migrant’s Son.

“Taken as a whole, the programme is eclectic, featuring shows from Australia and the UK ranging from high drama and comedy to spoken word, cabaret and children’s circus.”

ITI has form in creating, producing and staging successful shows: it’s been doing so since 1997.

This year it returns for its 12th consecutive Edinburgh Fringe with four shows, all of them previous winners of 5-star reviews at the Fringe and around the world. Three of the company’s blockbusters will be hosted in Imagination Workshop: Faulty Towers The Dining Experience, Confetti & Chaos, and the Fringe debut for Only Fools The (cushty) Dining Experience – all hosted in the splendid King’s Hall. They’ll be joined by a further eight independent shows ranging from children’s circus to dark drama; some are award winning, some completely new.

The new hub is in a favourite city hotel
To see a show, meet for a meal or drinks, or pick up tickets for a show elsewhere on the Fringe, this venue has a great environment, both inside and out:
* it’s in the Principal Edinburgh George Street, within easy reach of other major venues, public transport links and parking
* there’s disabled access throughout the venue, and all performance spaces have plenty of seats;
* the venue itself is comfortable and spacious, a great place to relax and unwind for breakfast, lunch or dinner, and/or to watch a show and step out to see more of the Fringe too.