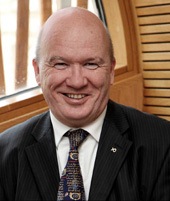 PERFORMERS FORCED TO CANCEL TRIPS DUE TO VISA CONTROLS

The UK Government’s hostile immigration policy is having a ‘truly devastating’ impact on the ability to attract international guests to Edinburgh’s festivals, according to an SNP MSP who will lead a debate at Holyrood on the subject this Thursday after First Minister’s Questions.

Since the Tory government introduced hard-line visa controls, he claims that visa applications for performers have been hit by refusals, errors and delays, with some acclaimed international writers, actors and musicians forced to cancel trips to festivals across the capital.

Festival organisers have previously described the visa process for performers who want to appear at Edinburgh arts festivals as “humiliating” and “Kafkaesque.”

The SNP has repeatedly warned that the current UK one-size-fits-all approach to immigration is failing Scotland. Scotland needs an immigration policy suited to our specific circumstances and needs.

MSP for Edinburgh Pentlands, Gordon Macdonald, said: “Edinburgh Festivals is the world’s largest arts festival and Edinburgh
is well recognised as the world’s leading festival city. With audiences of a staggering 4.5 million, the festivals generate an incredible economic impact of £280 million in Edinburgh and £313 million in Scotland in total.

“Our reputation is being damaged and our international positioning being put at risk because of the UK Government’s hostile immigration policy.

“Artists’ are facing a humiliating application process. Their visas are being refused. And, due to the inaction from the UK Government, artists are being deterred from coming here.

“Last year, the international book festival had about a dozen individuals struggling to obtain a visa and, the year before, their own
artist in residence couldn’t get over. In 2017, the Arab arts showcase had a third of their visas denied.

“Quite frankly, this is an utter shambles and completely unacceptable.

“The Edinburgh festivals rely on the seamless flow of artists from across the world and it’s time for the UK Government to listen. Listen to the industry and take action to make sure that Edinburgh, Scotland and the UK are open for culture.

“If they won’t listen, then they should devolve immigration and let the Scottish Government get on with building a fair and functional immigration system.

Sara Shaarawi, project manager of the Arab arts showcase, said:“How the Home Office dealt with us was appalling and the reasons of refusals were flat out lies.

“We had a crew member that was refused because he’d never been in the UK, when in reality he had been in the UK with a show in 2009 and in 2012. We had a Palestinian artist who applied twice and one of the refusal letters spoke repeatedly about their circumstances in Egypt, when in reality he wasn’t based in Egypt. One letter was simply empty, they didn’t remember to fill in the
“reason of refusal” section.

“We paid for premium services which should take five days and it would actually take weeks, we dealt with unnecessary delays and anxieties and were given no reason as to why passports were being held.

Mr MacDonald lodged the motion in February of this year – the text reads :

That the Parliament notes with concern the growing impact of what it sees as the UK Government’s hostile immigration policy on the ability of the Edinburgh’s festivals to attract international guests; understands that acclaimed international writers, actors and musicians have been forced to cancel trips to the capital’s festivals in recent years after what it sees as hard-line visa controls were introduced; believes that the situation can only worsen after Brexit; notes the calls on the UK Government to seek a more streamlined approach, in light of festival programmes reportedly being hit by visa refusals, errors and delays; appreciates the work of Deidre Brock MP, who has continually supported the festivals and artists, and has recently made an urgent request to meet the UK immigration minister to discuss the matter; considers that the Edinburgh festivals are essential to cultural and social life in the city, and believes that the reputation of Edinburgh as a global gathering place is being put at risk by what it sees as narrow-minded, xenophobic policies.