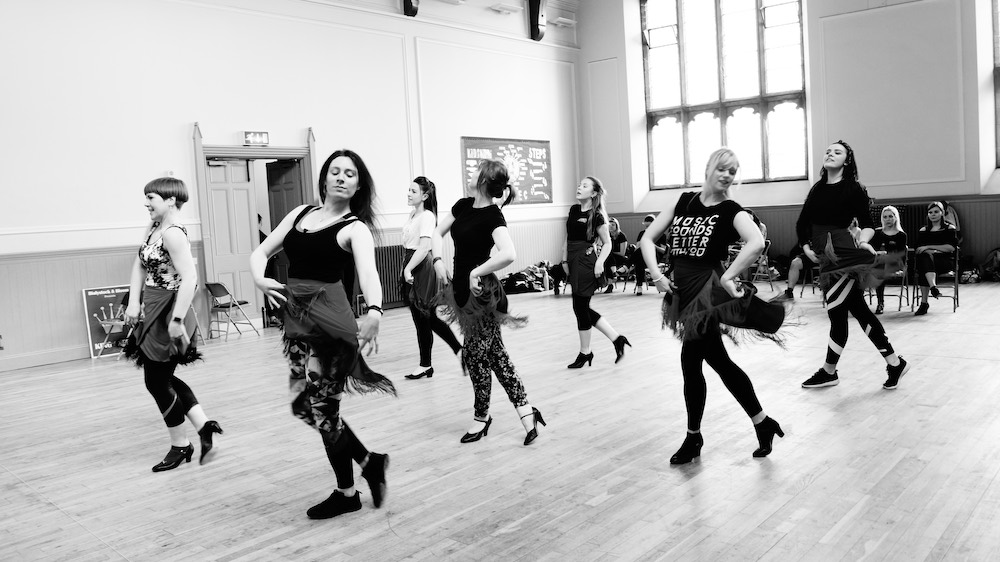 Edinburgh Music Theatre, one of Edinburgh’s most celebrated amateur groups, are bringing their production of the Swinging Sixties musical Sweet Charity to the Church Hill Theatre on 16-20 April.

Sweet Charity follows the trials and tribulations of Charity Hope Valentine as she searches for love in the strangest places in 60s New York. Charity is a dancer for money, as unlucky in love as she is in life, but ever hopeful of realising her dreams of romance, a comfortable life and escape from the seedy Fandango Ballroom.

The musical features the enduring musical classics Big Spender, Rhythm of Life, There’s Gotta be Something Better Than This and If My Friends Could See Me Now, and is packed with hilarious characters, stunning dance routines and a whole lot of heart.

The original production was directed and choreographed by one of musical theatre’s most celebrated choreographers, Bob Fosse, whose style is well known from shows like Chicago and Cabaret. Fosse won the Tony Award for Best Choreography for the original Broadway production and EMT choreographer Morgan Scott has taken Fosse’s style on and created multi-layered set pieces for the show’s stand out numbers.

Jill Grimmond, chair of the EMT board, said “We can’t wait to bring Sweet Charity to the Church Hill Theatre this Easter. The cast have really enjoyed working on this musical masterpiece. The witty script and show-stopping numbers clearly demonstrating why Sweet Charity rightly deserves it’s place in the musical hall of fame.

Performances of Sweet Charity will take place in the Church Hill Theatre, Edinburgh on 16-20 April at 7:30pm, with a matiness performance on Saturday 20 April at 2:30pm. Tickets are available at http://sweetcharity.brownpapertickets.com

Sweet Charity follows a series of successful productions for EMT, following Guys and Dolls (2018), Fiddler on the Roof (2017) and The Producers (2016). EMT was formed in 1982 to perform large-scale musicals in Edinburgh’s theatres. The company perform a yearly musical and present two concerts at the Fringe, returning this August with Anthems – from West End to Broadway and Movie Music.