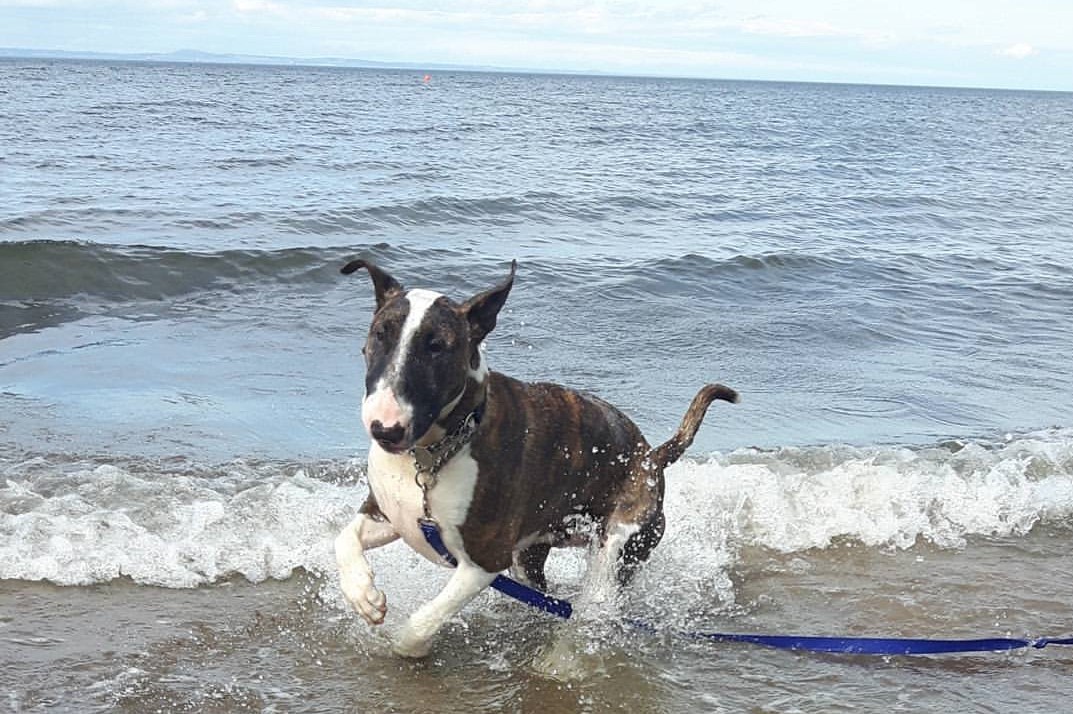 Why I don’t care if your dog is friendly by Suzanne Gould, Owner of Edinburgh Holistic Dogs.

‘It’s okay, my dog is friendly’ This is the one phrase that is guaranteed to make my blood boil, although you wouldn’t know it by looking at me.

I am a dog mum, professional dog walker and trainer. In short I am a huge dog person, so why does hearing ‘It’s ok my dog is friendly’ upset me?

The only time I ever hear this phrase is when I have a dog on their lead, and a unknown dog that is off-lead is determined to get up close and personal with mine.

Still, what’s the problem? My on-lead dog is having his space invaded by a strange dog and he can’t get away to feel safe, so he starts getting stressed and starts to bark. Meanwhile I am trying to put myself in the way of the unknown dog to block him from getting too close and the the owner shouts ‘It’s ok my dog is friendly’.

Honestly I don’t care that your dog is friendly, it’s my dog I am concerned about and my dog doesn’t want your dog near him, he is making himself very clear he isn’t happy.

Edinburgh the most dog friendly place

I moved to Edinburgh six years ago and what I love the most about it other then the friendly people, wonderful scenery is how dog friendly it is. It’s not just the fact local cafés, bars and shops allow dogs, it’s also how welcoming fellow dog owners are and non-dog owners are when I am out with my dogs.

How dog friendly Edinburgh is, is the real reason I will never move away. I don’t want to own dogs anywhere else. But what is surprising to me is how many dog owners don’t understand or know basic dog manners such as giving a dog who is being walked on-lead their space.

When you think about this from a dog’s point of view it is at the very least rude and at the worst aggression inducing.

Don’t Come Near Me

Let me tell you about Felix, he was an English Bull Terrier who was very loving and very smart, his favourite thing to do was splash in the sea. Felix was a rescue dog with an unknown background what he didn’t like was strange dogs approaching him and especially hated it if a dog went near his rear.

Should a dog get too close Felix could come aggressive. To be clear the aggression was because he was scared not because he wanted to attack to another dog, he was merely protecting himself from the unknown.

I used to take Felix on solo walks, I would take him where there was plenty of space so we wouldn’t have to get close to any dogs we might see. When walking, I always maintained a healthy distance from other people. If we ever did see a dog I would distract him and this ensured we had great walks.

One day walking Felix on-lead I had him practising sits, downs and stands for me when a big bouncy chocolate labrador came running over. I immediately put myself in front of Felix to block the labrador, Felix became stressed as the Labrador wouldn’t leave us alone.

Felix started barking making it clear he didn’t want the dog near him. I continued to hold him while preventing the Labrador getting too close. When Labradors owner arrived I told her to get her dog away as my dog is on his lead her response ‘Dogs are social creatures. They want to interact’.

She didn’t accept that Felix was entitled to his own space, and didn’t acknowledge how stressed and upset he was, all brought on due to her inaction as an owner and the actions of her ‘Its ok he’s friendly’ dog. To this day I am still infuriated by the event because the stress Felix had to go through was entirely avoidable.

It’s Not Just Dogs Who Suffer

A few weeks ago, a fellow dog walker ended up in hospital because another dog walker let his off-lead dogs run up to his group of dogs all of whom were on their leads, minding their own business and enjoying their walk.

As the off lead dogs went straight up to the dogs they got in between them all, this caused the dogs to become stressed and try to get away from the unknown dogs.

In the chaos all the dog leads ended up wrapping around the walker’s
hand with an ever tightening grip resulting in broken fingers, and a
trip to A&E for him.

This situation and Felix’s stressed encounter could have easily been avoided had the owners called their dogs away from the dogs being walked on their leads.

I’m On A Lead Let Me Have My Space

Whenever you see a dog being walked on his lead you should always ensure you and your dog give them space, you don’t know why that dog is on his lead and there are many reasons why.

For example, your friendly confident dog could make a dog on lead feel trapped this can cause them to react by barking, snapping, lunging or try to hiding behind their owner.

Other reasons could include

It’s not always obvious why a dog is on their lead, which is why we should respect the dog and let him have their space.

What You Should Do

When out and about with your dog enjoying freedom off their lead, there are a few guiding points to consider when you see a dog or dogs being walked on their lead.

I have been walking groups of dogs for a while now and depending on where we are walking, most of the dogs are usually off lead. Whenever I spot a dog coming towards us who is on lead I always call my group back to me.

If it is possible I will take the dogs off in another direction so we avoid the dog giving him space. Sometimes this isn’t possible, for example when we walk on the cycle paths. In this case I put the dogs on lead and ask them all to sit and watch me until the other dog has passed. I reward them all for their good behaviour, then direct them back to where we walking.

Dogs are amazing creatures, but they are also individuals what is acceptable for one dog could be stressful to another. So just because your dog is friendly doesn’t give him the right to invade the personal space of a dog on lead.

When you’re next out for a walk put your feet in the paws of any dog on a lead that you meet.