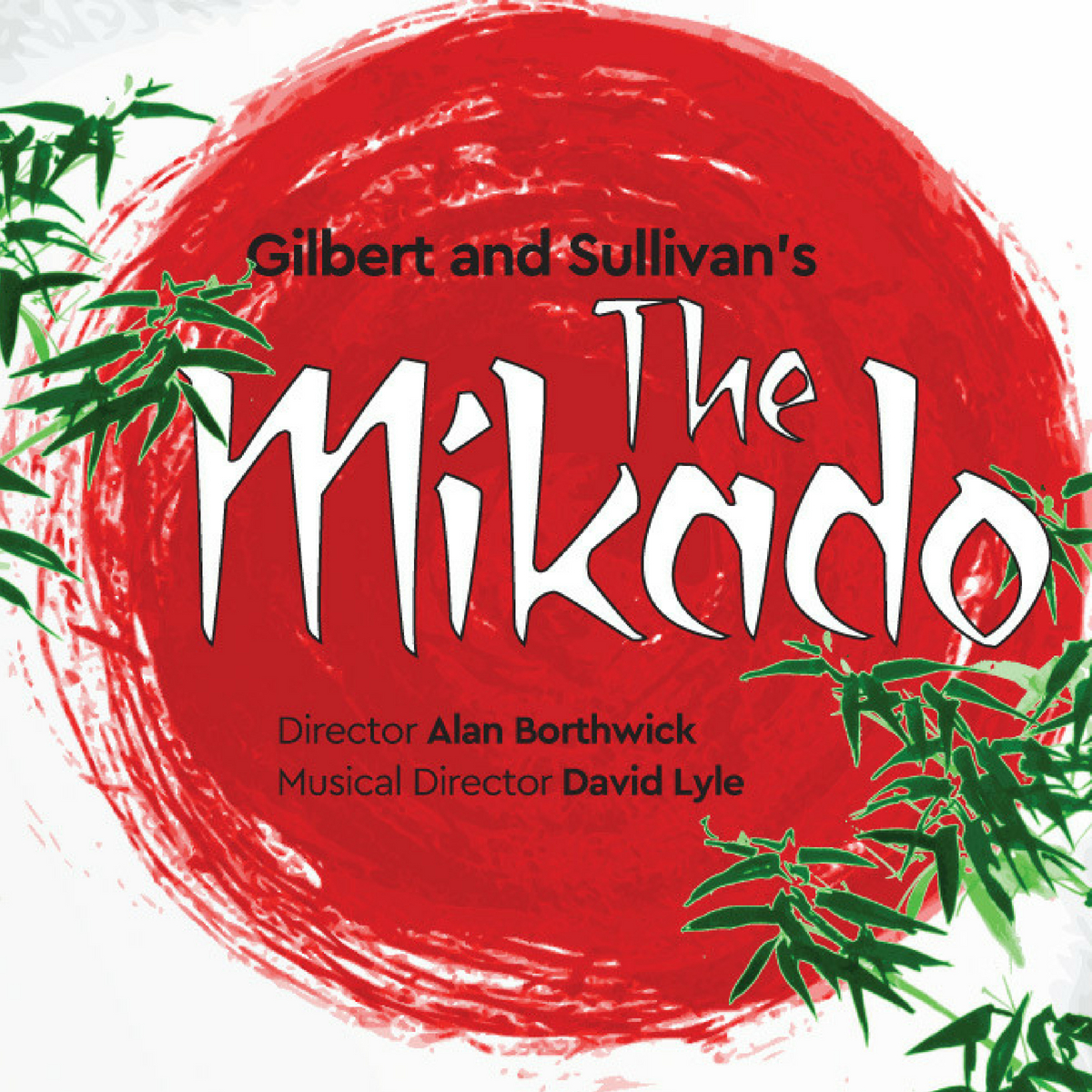 
A world where ‘I am right and you are right, and all is right as right can be.’

Or in other words, a world where no-one is wrong, and words can be twisted to mean whatever you like.

This may well be an accurate representation of British politics in March 2019, but the world in question was invented by WS Gilbert in 1885, when one of the most successful operettas ever written made its debut at the Savoy Theatre in London.

The Mikado is a story of love, death, human follies and political nonsense, all of them explored through the medium of a comic tale set in a fictional version of Japan. This week Edinburgh Gilbert & Sullivan Society (EDGAS) brings this perennial favourite to the stage of the King’s Theatre, providing audiences with a few hours’ jolly respite from the eternal gloom emanating from Westminster with a production that could not have arrived at a more opportune moment.

The Mikado (the traditional name for the ruler of Japan) has banned flirting – get caught and it’s the death sentence for you. In Titipu a cheap tailor has broken the rules – but the local administration has saved him from the chop by appointing him Lord High Executioner.  An executioner, they argue, can’t execute himself; Ko-Ko has not only survived but become a man of importance.  And although the strands of The Mikado’s fantastical plot are many, this really sums the whole thing up; if you don’t like a situation, simply alter the facts until they suit you and all will be well. It may not work in real life, but in Titipu it’s as simple as that.

Ko-Ko can now afford to keep three wards – Yum-Yum, Pitti-Sing and Peep-Bo, the original Three Little Maids from School. He wants to marry Yum-Yum – but he’s not her only suitor; when Nanki-Poo, a wandering minstrel, appears in the town, he is clearly besotted with Yum-Yum too, and unlike Ko-Ko’s, his feelings are reciprocated. Nanki-Poo, however, has a Past – it’s not for nothing that he’s being pursued by an amorous lady of the Japanese court – while Ko-Ko is about to get in trouble for not actually carrying out any executions.  How these problems are solved, and how everyone ends up (sort of) happy ever after, is unravelled in two acts crammed with lively songs and witty dialogue.

Sam Selbie plays Nanki-Poo as a slightly pastiche Romeo. Young, enthusiastic, and somewhat naïve, he is determined to get his girl, and just a little bit of a drama queen when his wishes are thwarted. By far the best singer in this production – his wonderful voice equally at home in A wand’ring minstrel I, Brightly dawns our wedding day and the uproarious Here’s a how-de-do! – Selbie seems to sail effortlessly through his travails, and if we never really believe his threats to tie his own noose if he can’t have his beloved, I doubt that Gilbert ever really expected us to. Death, whether by suicide or execution, is as much of a joke in this fairytale land as anything and everything else.

Jennifer Murray’s Yum-Yum is a skittish little thing, who may love Nanki-Poo but certainly doesn’t love him enough to join in him an early death. When she finds out that the wife of an executed man has to be buried (alive) with him, she quickly goes off the whole idea – she’s no self-sacrificing Juliet, just a girl out to have a good time. In The sun, whose rays are all ablaze she marvels at her own beauty (‘I mean to rule the earth as he the sky, we really know our worth, the sun and I’) and, in yet another sally into circular reasoning, she ‘proves’ that she is not vain but ‘a child of nature’ and simply takes after her perfect mother. In fact she’s really rather smug.

Simon Boothroyd’s Pooh-Bah is one of the great joys of this Mikado. A snob and a chancer, Pooh-Bah is a nobleman who knows how to play the political game. As short on principles as he is long on pretensions, he alone stayed around when all his fellow officials resigned in protest at having to work for a jumped-up tailor. Now he’s cleaned up and taken over all of their roles – he is indeed the Lord High Everything Else – and all of their salaries. Pooh-Bah could be almost any career politician, but Boothroyd infuses the role with camp humour, wonderful facial expressions and a fine assortment of walks and gestures. If at times he teeters a tad close to a pantomime dame, he never goes completely over the top, and his flourish of the fan is second to none.

Ko-Ko may be the plum role in any Mikado, but Colin Pavey takes it to new heights with his sparkling performance as the executioner who can’t so much as flatten a bluebottle. This Ko-Ko is a good-humoured pragmatist who, like most of us, is muddling through, doing the best he can to keep everyone happy, and more importantly to keep himself out of trouble. Pavey has fantastic comic timing; his And some day it may happen (‘I’ve got a little list’) is truly hilarious, thanks not only to the traditionally updated jokes – references aplenty to everything from mobile phones to flying drones, dangerous Dukes, dog poo bags, independence (‘soon Britain will not exist…I doubt it will be missed’) and of course the B word – but also to Pavey’s excellent delivery and perfect enunciation.  If there is one problem with this production it is that it is sometimes impossible to hear the words of the songs, especially in the ensemble numbers, but Pavey skilfully navigates that precarious line between clarity and shouting, so that even when his voice seems to be failing a little towards the end of the night, every word is still clear as crystal. His Ko-Ko is so lovable that when Nanki-Poo and Yum-Yum mock him behind his back we start to lose sympathy for them – how dare they be so nasty to our soft-hearted hero? Perhaps neither of them are quite as innocent as they seem.

This production teems with excellent visual jokes; in Here’s a how-de-do! Ko-Ko’s antics (involving everything from a scooter to a spacehopper) have the audience in fits, but it’s Pavey’s patent sense of fun makes this a stand-out number. Costumes and props are both superb, with Katisha’s stunning red outfit and many-tasselled hat particular highlights.

As ever in EDGAS productions, every member of the company gives 100% in the ensemble pieces. Of the supporting roles, Claire Lumsden deserves special praise for her animated performance as Pitti-Sing, while Barbara Scott plays Katisha as a real tigress (even her guard dogs look more like cats to me) her nails like feline claws. The Mikado himself isn’t on stage all that much, but Zorbey Turkalp still manages to make the ruler both magnificent and human – and also, in his frequent battles for centre stage with the needy Katisha, very entertaining.

The Mikado has now been in constant production somewhere in the world for over a century. It’s clever, it’s lovely to look at, but above all it’s funny. Treat yourself to a bit of escapism in these dark and dismal days, and spend a few hours in the town of Titipu.

EDGAS performs The Mikado at the King’s Theatre, Leven Street at 7.30pm every night until Saturday 16 March. There is also a matinee performance at 2.30pm on 16 March and a children’s pre-show talk at 2pm. For more information and to book tickets visit Capital Theatres’ website here or call the Box Office on 0131 529 6000.