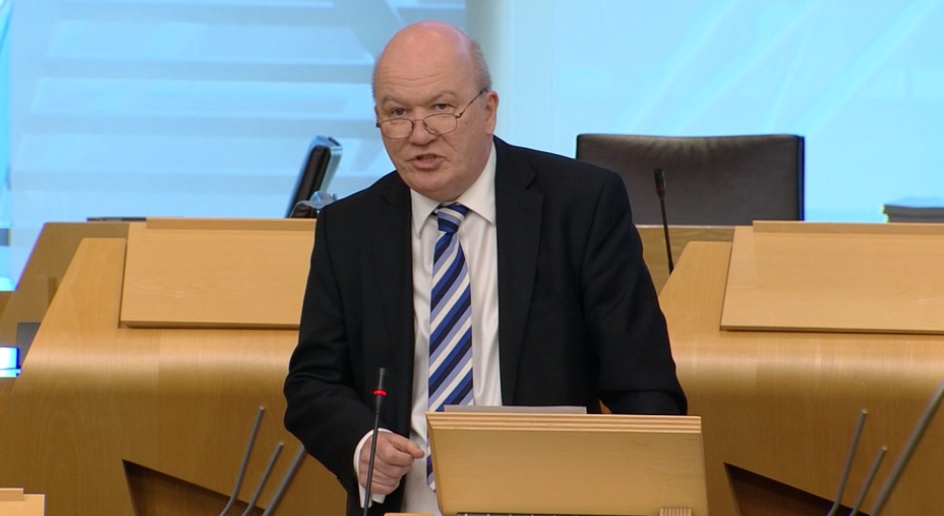 Gordon Macdonald MSP slammed the Tory government at
FMQs this week, for ‘sneaking out’ changes to state pensions, which could affect older couples in Edinburgh by as much as £7,000 per year.

Changes to benefits for mixed-age couples – which will be introduced from 15 May 2019 – were quietly released by Tory ministers on the eve of Theresa May’s humiliating Brexit deal defeat.

Currently, couples can claim Pension Credit – an income related benefit meant to top up the state pension as long as one partner is of pension age. Universal Credit will reverse this – meaning a mixed-age couple
will be defined by the working-age person, not the pensioner.

Experts have claimed that the changes could leave some pensioners almost £7,000 worse off per year, and Age UK warned that it could leave “some of the poorest pensioners paying a hefty price for having a younger partner.”

Commenting the SNP MSP for Edinburgh Pentlands said: “It’s deeply concerning that the Westminster government tried to quietly bury the news that pensioners with younger partners are set to lose out on hundreds of pounds each month. People on low incomes and receiving
pension credit should not be forced to pay the price for the Tories’ welfare cuts and chaotic Universal Credit.

“Amid the chaos and distraction of Brexit, those who may be affected by this change across Edinburgh deserve to know about it, and have
been let down by UK government attempts to ‘sneak out’ the news at 7.20pm on the night of the Brexit vote – when attentions were directed elsewhere.

“Serious concerns over the Tory government’s welfare policies have already been raised by my SNP colleagues at Westminster and, at
Holyrood, the SNP will continue to tackle poverty and create a social security system based on equality, fairness and dignity. I will be writing to the DWP to ask for a reverse to this appalling cut which will hit those on the lowest
incomes.”

Text of letter from Gordon Macdonald MSP to Amber Rudd,
Secretary of State for Work and Pensions:

I am writing to urge you to reverse the recently announced cuts to Pension Credit.

I am deeply concerned that the recent announcement from the DWP that couples making benefit claims will apply through the Universal Credit system rather than the Pension Credit system, could leave vulnerable pensioners in my constituency of Edinburgh Pentlands worse off per year.

Experts have claimed that the changes could leave pensioners almost £7,000 worse off per year and Age UK have warned that it could leave “some of the poorest pensioners paying a hefty price for having a younger partner.” Citizens Advice Scotland have also said that this could mean a reduction of up to £140 per couple per week and have warned that the change could cause real hardship as those affected have had little chance to prepare.

It is clear that, for some, the impact of this change will be truly devastating.

People on low incomes and receiving pension credit should not be forced to pay the price for the UK government welfare cuts and fundamentally flawed Universal Credit. I urge you to reconsider this damaging move.