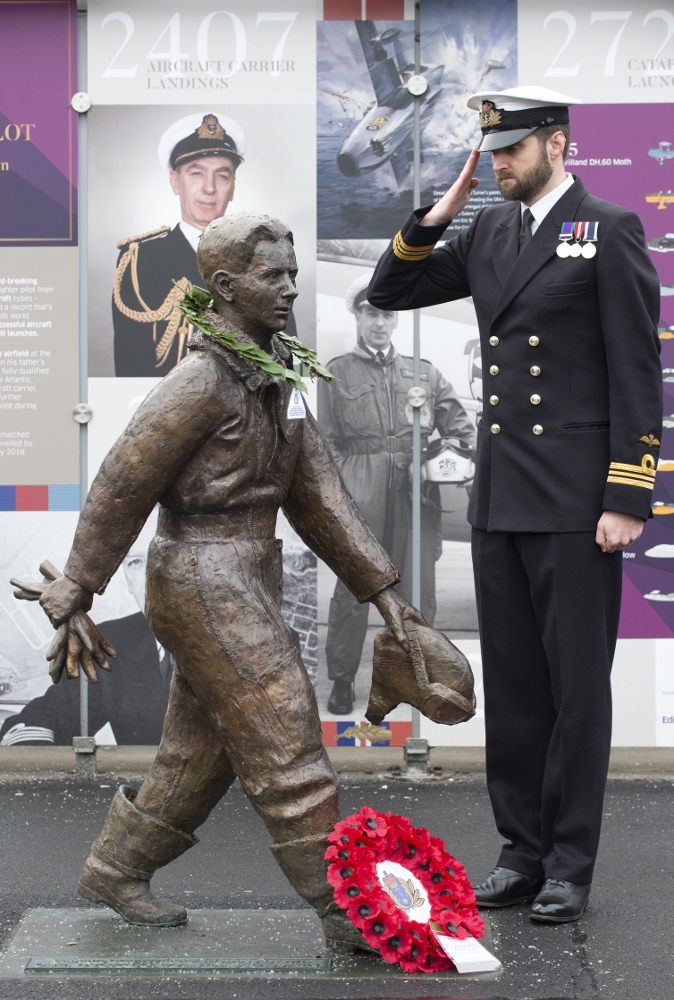 Members of the Edinburgh University Air Squadron gathered at Edinburgh Airport this morning to remember one of the greatest test pilots in aviation history, Captain Eric ‘Winkle’ Brown, on what would have been his 100th birthday.

Born on 21 January 1919, Captain Brown went on to become a Royal Navy Officer after training at RAF Turnhouse, now Edinburgh Airport, in the late 1930s. He was a graduate of Edinburgh University and a highly decorated pilot.

He collected world records for the most take-offs and landings on aircraft carriers at 2,721 and 2,407 respectively. He flew more types of aircraft than any other pilot in history at 487, including biplanes, helicopters and supersonic jets.