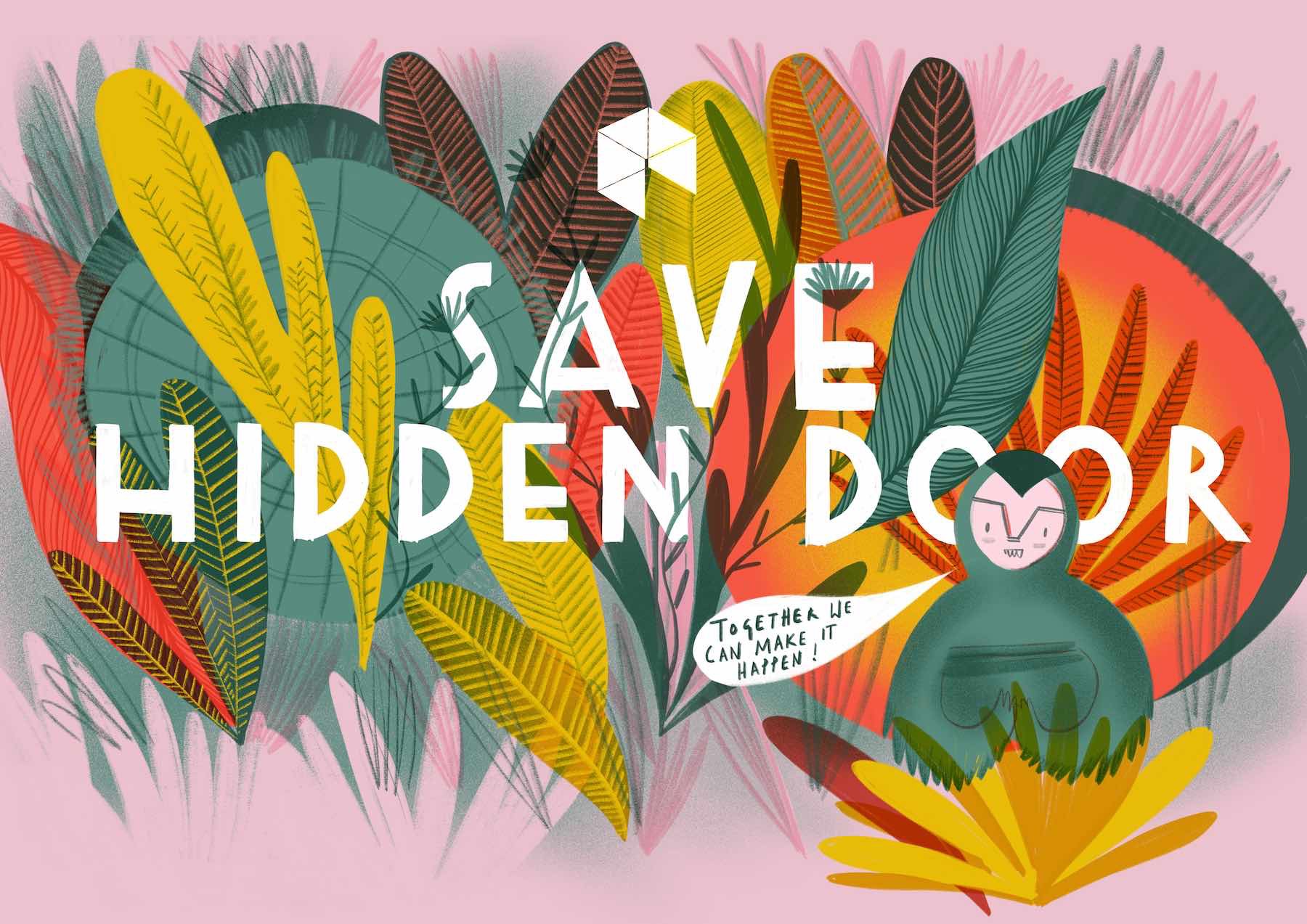 Hidden Door fundraising to secure the future of Edinburgh’s alternative arts festival receives boost – but they still need your help.

The fabulous Arts Festival Hidden Door which began life in the Waverley Arches, now bustling shops and restaurants, has issued a final rallying call for support to secure its future.

In really exciting news, organisers reveal today that a benefactor has offered an interest-free loan in the form of match funding, if the campaign can reach the halfway point of £40,000 by 31 December 2018.

By hitting that crucial milestone, Hidden Door will be able to show it has enough support to start planning for the future.

The festival has been the catalyst for the reopening or development of so many sites in the city such as Leith Theatre which it literally helped to bring back to life.

The campaign which we told you about earlier this year has raised over £20,000 to date through online donations.

Now the organisers reveal more about their plans for the next two years – but they need to hit their £40,000 target by the end of 2018.

Hidden Door hopes to run a smaller “weekender event” in 2019, featuring live music at the iconic Leith Theatre along with other events that will allow them to raise further funds with new partnerships and collaborations.

Work will also start towards a revamped Hidden Door Festival in 2020, more ambitious than anything they have done before, featuring new spaces, immersive productions and an innovative programme that will inject even more energy into Edinburgh’s cultural scene.

Run entirely by volunteers, the festival announced in the summer that they needed to raise £80,000 to stabilise the organisation and develop a long term plan for the festival’s growth.

Anyone wishing to support this final push to secure the festival’s future can do so by attending The Hidden Door Christmas Art Sale, on Friday 7 and Saturday 8 December at Skylight Cafe, just off the Canongate with 200 original artworks kindly donated by past contributors and supporters, with fixed prices from just £50.

For those unable to make it along, an online sale will be launched on Sunday 9 December. Visit www.hiddendoorblog.org/sale to browse the artwork.

The online Crowdfunder is also still running, offering a range of rewards including invitations to exclusive events and VIP experiences, plus a chance to gain unique behind-the-scenes access, including sneak previews of possible venues, programme content and early access to discounted tickets. Visit www.savehiddendoor.com to find out more and donate.

Hidden Door has grown fast over the last five years, from an experimental project launched by a group of volunteers in 2014, into a full-blown, critically acclaimed festival bringing a burst of energy into Scotland’s cultural scene.

The volunteer-run, not-for-profit festival held its fifth edition in May this year, returning to Leith Theatre for 10 days of music, art, theatre, film, dance, spoken word and special events. With highlights including a sold-out show from the multi award-winning Young Fathers, the festival was a critical success, attracting over 13,000 visitors.

In August, the festival’s core team of volunteers curated a special event as part of the Edinburgh International Festival, bringing alt rock legends The Jesus and Mary Chain to Leith Theatre – a night widely regarded as a fitting culmination of efforts to bring the venue back to life.

Whilst funding, sponsorship, ticket sales and generous donations have all helped to make the last five festivals possible, they have never covered the costs of putting on such ambitious events.

David Martin, Creative Director, said: “We believe Hidden Door is making a real difference to artists and creative people in Scotland. It is creating accessible, engaging experiences for audiences, and is leaving a legacy, both to the communities we invest in and the fabric of the city itself, such as with the Leith Theatre.

“Since launching our appeal in the summer, we have been overwhelmed and humbled by the public support. People really value what we’re trying to achieve, but we can’t do this without that support. We’re now urging people to dig deep and help us end the year in a strong position to start making exciting plans for 2019 and beyond.”

Irvine Welsh, author and Patron of Leith Theatre, said: “The contribution that Hidden Door made when they worked with us to open up Leith Theatre last year and showcase its potential made an absolutely massive difference to the Trust’s progress. It’s important to support grassroot arts organisations who give space and a platform to emerging artists. I really hope they succeed in raising enough money to keep contributing to Edinburgh’s edgier and inclusive scene.”

Vic Galloway, DJ and presenter, BBC Scotland, said: “Hidden Door Festival is one of the most exciting and innovative events happening across Edinburgh’s vibrant arts calendar. I see its future and reputation growing in stature as it progresses forward, and I wholeheartedly support its vision. Scotland and Edinburgh especially needs this event to flourish and succeed!”

Jack Hunter, Chair of Leith Theatre Trust, said: “Hidden Door has been instrumental in our campaign to save the theatre, and generous in its time and support. We very much hope that it will succeed in its bid to raise funds and remain an exciting and passionate voice in Edinburgh and Scotland’s cultural scene.”