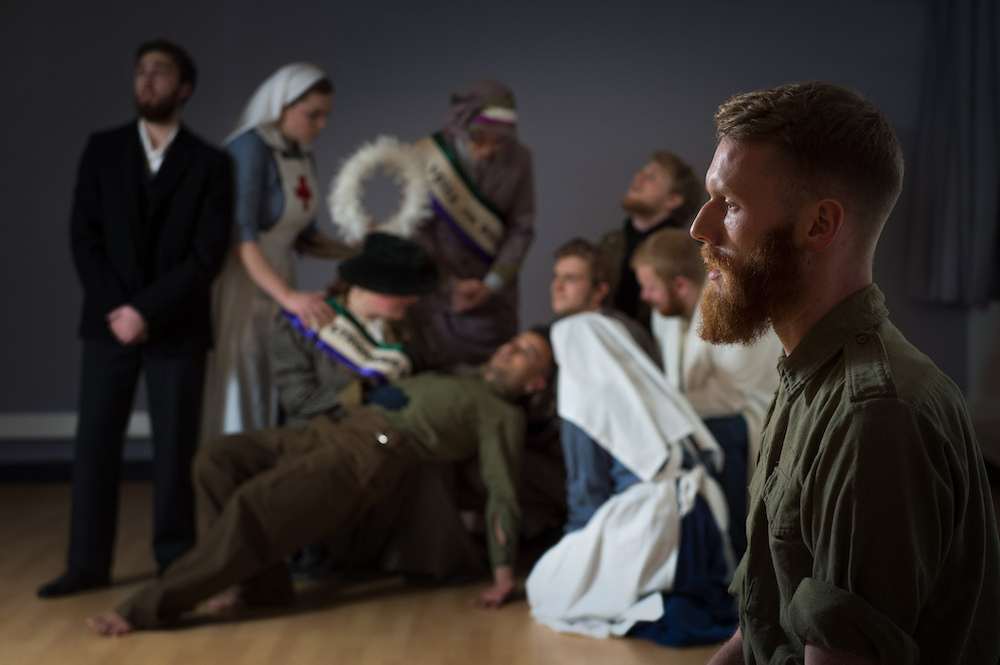 A new theatrical work to be staged next week at Craiglockhart Chapel at Edinburgh Napier University will highlight the causes and effect of shellshock.

The university’s School of Arts and Creative Industries commissioned the special piece written and directed by Anna Furse who is a professor at Goldsmiths University of London and artistic director of her theatre company Athletes of the Heart.

Edinburgh Napier has strong links to the First World War as this was the site of the former war hospital where war poets Wilfrid Owen and Siegfried Sassoon met.

This work will feature an actor, dancer, soprano and a live string quartets with a chorus of performers, and will look at the causes of trauma and eventual breakdown.

Woven around Owen’s poem Dulce et Decorum Est it involves the voice of WHR Rivers who was the doctor treating those with ‘shellshocked’ with the new talking therapy.

Writer and director Anna Furse said: “The commission to create this project has been a real gift to me. I have worked on various female hysterias and case histories over the years but this opportunity to address male hysteria in the very site of Craiglockhart is very exciting and special.

“Pauline Miller Judd and colleagues have introduced me to a superb team of creative academics and students. This is not only an interdisciplinary venture but also an inter-institutional one, both between three Higher Education Institutions in Edinburgh and myself coming from Goldsmiths. I am particularly thrilled that Ken Dempster’s evocative original score will provide the luxury of five live musicians working alongside the 12 performers, with the War Poets’ instruments – that Steve Burnett calls ‘envoys of peace’ –  adding special poignancy to the production.”

Pauline Miller Judd, Dean of Edinburgh Napier’s School of Arts and Creative Industries, said: “Having seen Anna Furse’s work on female hysteria, I was delighted to commission her to create this interdisciplinary work exploring war trauma to take place soon after the commemorations of the Armistice. The project has provided an exceptional opportunity for staff and students across institutions to work together and create a site specific piece of work at our Craiglockhart campus.”

Actors Mathew Wernham and Diogo Andre will be supported by a chorus of Edinburgh Napier BA in English and Acting students, while the University’s resident composer Ken Dempster, has composed a new score for the work. It will be performed live by a string quartet composed of graduates of Edinburgh Napier.

Others include film projection by Tina Gonzalez, programme leader of MA Film at Edinburgh Napier, lighting by George Tarbuck, Head of the Edinburgh School of Light and Sound, costume design by QMU’s Polly Lister’s students and production management by QMU’s Susan Martin.

Among the special features of the performance will be the use of the Siegfried Sassoon and Wilfred Owen violins within the string quartet. Both violins have been crafted by maker Steven Burnett from the bough of a tree from the grounds of Craiglockhart.

SHOCKS will be performed twice in Craiglockhart Chapel on Sunday 18 November to commemorate Armistice. Shows will commence at 4.30pm and 7.30pm respectively.

Tickets can be purchased from www.napier.ac.uk/SHOCKS