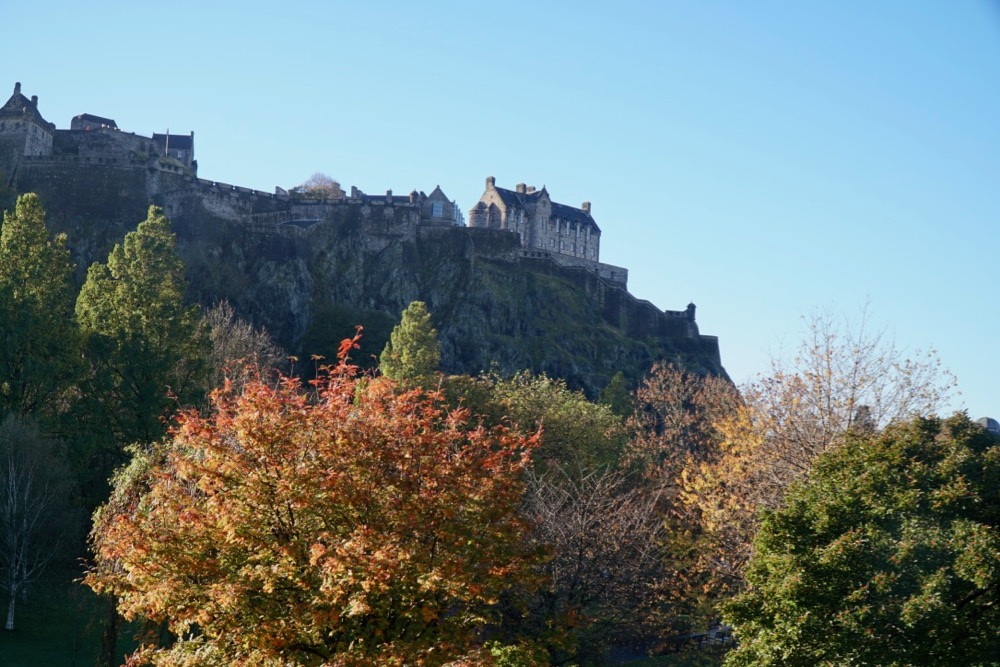 The Edinburgh Chamber of Commerce conducted a survey of its members and announced results which they say shows that nearly 70% of Edinburgh businesses supported the introduction of a Transient Visitor Levy.

200 businesses and organisations from a range of industries including the hospitality sector in the city were asked for their views. 69% said they would support the TVL, and 79% would support it if the funds raised were set aside for investment in infrastructure. Most supported the per person per night model used in other European countries.

Liz McAreavey, CEO of Edinburgh Chamber of Commerce, said: “The potential introduction of a Transient Visitor Levy in Edinburgh is one of the most significant issues being discussed in our city and it is only right that business has its say. After an extensive consultation with our members, we have found broad support for the principle of a levy, which increases further if funds were dedicated to improving the city’s infrastructure.

“We look forward to seeing the City of Edinburgh Council’s proposals for the use of funds raised by a TVL and we remain committed to improving the environment for the businesses that serve as the backbone of our local economy. We will be submitting to the Scottish Government’s consultation, articulating our own position and that of Edinburgh’s business community, in due course.”

The Edinburgh Chamber of Commerce report is available here

Marc Crothall, Chief Executive of the Scottish Tourism Alliance said: “The Scottish Tourism Alliance and UK Hospitality are in agreement that the tourism tax issue is a significant one for all businesses, particularly those within the hospitality and tourism sector in the City of Edinburgh and it therefore comes as no surprise to our associations that only 13 tourism and hospitality businesses responding to this survey were in favour of a tourism tax.

“It’s not clear what type of tourism and hospitality businesses these are; whether these are hotels, bars, restaurants or visitor attractions for example.  It’s also unclear if context around international price competitiveness was communicated to respondents, the UK’s position being 135 out of 136 countries in the most recent World Economic Forum report which points to the fact that the UK has a long way to go before we’re able to put ourselves in the same league of price competitiveness as countries who have already introduced a tourism tax and most notably, have much lower rates of VAT than the UK.

“We are encouraging all tourism business across Scotland, and indeed in Edinburgh to engage in the Scottish Government’s nationwide conversation around a tourism tax and to visit the online portal which I believe will be live this week.”

The leader of The City of Edinburgh Council, Adam McVey, said: “It’s very welcome to see nearly 70% of Edinburgh businesses backing the introduction of a tourist tax. It’s also encouraging to see half of businesses in our hospitality sector recognising the need to create a long-term investment to support the continuing success of the city. These findings give yet more weight to our current plans and consultation, which is giving everyone the chance to have their say.

“With an increasing volume of visitors to the city, which brings substantial benefits not least economic growth, there also comes a greater requirement for the city to invest in managing the impacts of that success for businesses, visitors and residents. We’re determined to co-produce a scheme that works best for the whole city, including our local hospitality industry, in order to create a TVL proposal which is fair, simple and workable.

“My thanks to the Chamber of Commerce and everyone else who has already taken the time to share their views. Our own online TVL survey will remain open until 10 December.”

The Council’s public consultation on proposals for a TVL which is open until 10 December 2018 is available here.

The Scottish Government are about to launch their own consultation, despite having misgivings about the introduction of any such tax. But they have been persuaded to listen to all the arguments after lobbying by local authorities led by The City of Edinburgh Council, and the universal stance by the Council of Scottish Local Authorities, COSLA which supports the tax. At a press conference held in Edinburgh in June COSLA’s President Councillor Alison Evison said : “My job as the President of COSLA is to strengthen local democracy and local choice.

“Local government is a sphere not a tier of government in Scotland. The devolution of powers has been the political hot potato of the last few weeks and it is right that we enter this debate in a mature, thought through manner.

“Our ask of the Scottish Government today would be – devolve to local government the powers it needs to deliver services and build the local economy; give us the chance to empower public services and create opportunities for Scotland to flourish.

“The tourism industry should not be alarmed by this move. A Transient Visitor Tax (TVT) will be a tax on visitors and not on businesses.”