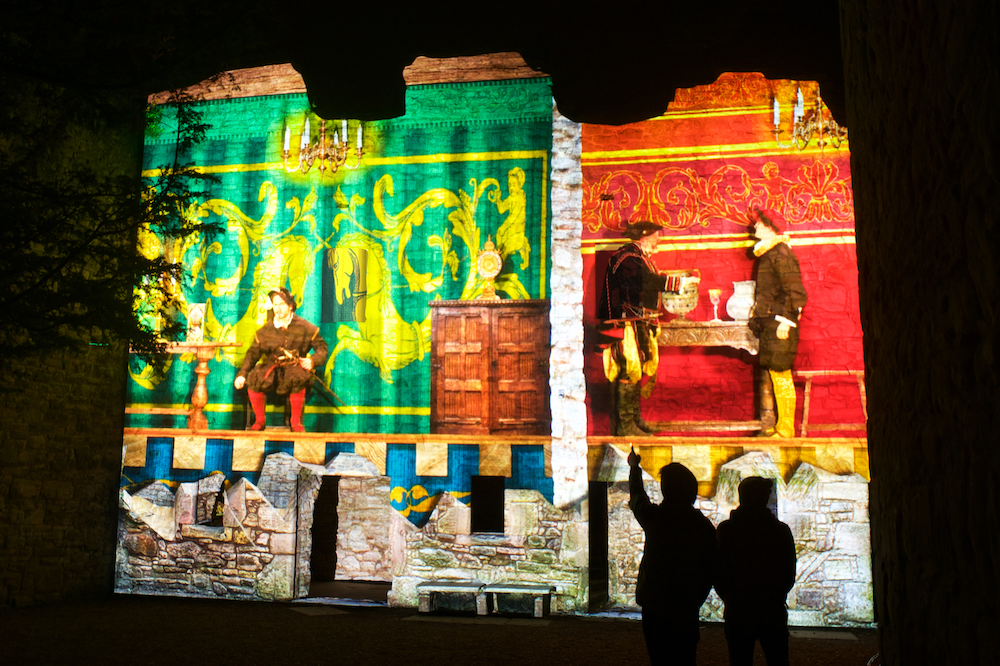 For the first few days of November there will be a light show at Craigmillar Castle courtesy of Historic Environment Scotland.

Spotlight on Mary will light up the castle where Mary Queen of Scots nobles plotted to murder her husband Lord Darnley. The castle was most recently used in the film Outlaw King which had its premiere in Edinburgh on Friday night.

The plot became known as the Craigmillar Bond. You will get a glimpse of the plotting as you tour the castle.

The tours start and end in Holyrood Park with bus transfers to and from the Castle included in the ticket price.

Craigmillar Castle, one of over 70 staffed Historic Scotland attractions managed by HES, was famously used by Mary Queen of Scots in 1566 as a safe haven.

Gillian Urquhart, Events Manager at HES, said: “Mary Queen of Scots is such a central figure in Scottish history. She lived in turbulent times, and we wanted to capture some of the atmosphere of conspiracy and tension which surrounded her. Craigmillar Castle was the setting for some of the most critical moments in her life, so we couldn’t think of a better place to hold this new, exciting event.

“This is the perfect opportunity for visitors to see the Castle transformed by light, and imagine how it looked when Mary stayed here.”

This event, run in partnership with Double Take Projections, will whet the appetite for the new Mary Queen of Scots film, due to be released in 2019.

Steven McConnachie, Creative Director at Double Take Projections, said: “We’re using very high powered projectors, which will project backdrops and characters onto the castle, with live actors in front of them. We researched how the spaces might have looked in the past, and are using projection technology to bring the ruins back to life.

“We were lucky to have fantastic research and descriptions of parts of the Castle such as Darnley’s Room. This has enabled us to create projections that really showcase how the castle might have looked.”

Spotlight on Mary takes place at Craigmillar Castle from 1-4 November, with buses departing from Holyrood Park at 6pm, 7pm, 8pm and 9pm. A 10% discount is available for Historic Scotland members. Limited spaces are available so booking is essential.