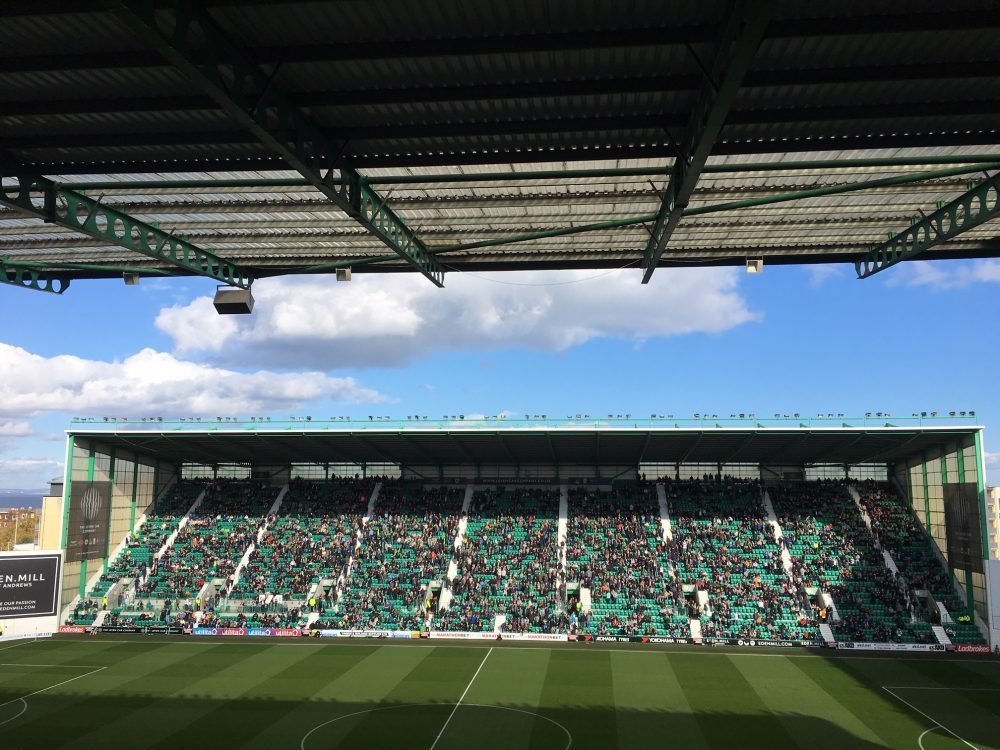 Hamilton manager Martin Canning targeted the Hibs’ front man who spent the 90-minutes  closely marked by two opponents which allowed the midfielder more room and Kamberi was happy to contribute to the overall victory although he did manage to eventually get his name on the scoresheet in the 90th minute.

Speaking after the final whistle to Cliff Pike from Hibernian TV, Kamberi said: “Winning six-zero at home against Hamilton is a big win and we could have scored even more but in the end it was important to get the three points and now we are two points away from Hearts.

“I am happy to have good team mates around me who can put in good passes and crosses and that’s great for a striker. I need my team mates to score goals.

“We did really well today. I wanted to score earlier but I had to be patient but the most important thing was the win. That’s priority number one.

“We are not a team that plays long balls and playing for the second balls, We can play very good football. At the moment I think we play the best football in the whole league.

“We have had four clean sheets but there is a lot of work to do. It’s a long season and it’s early now but if we keep working like that we will do very well but we have to continue.

“We have to now be ready for after the international break. We have two important games against Celtic and Hearts so it’s great that we won before the break.”