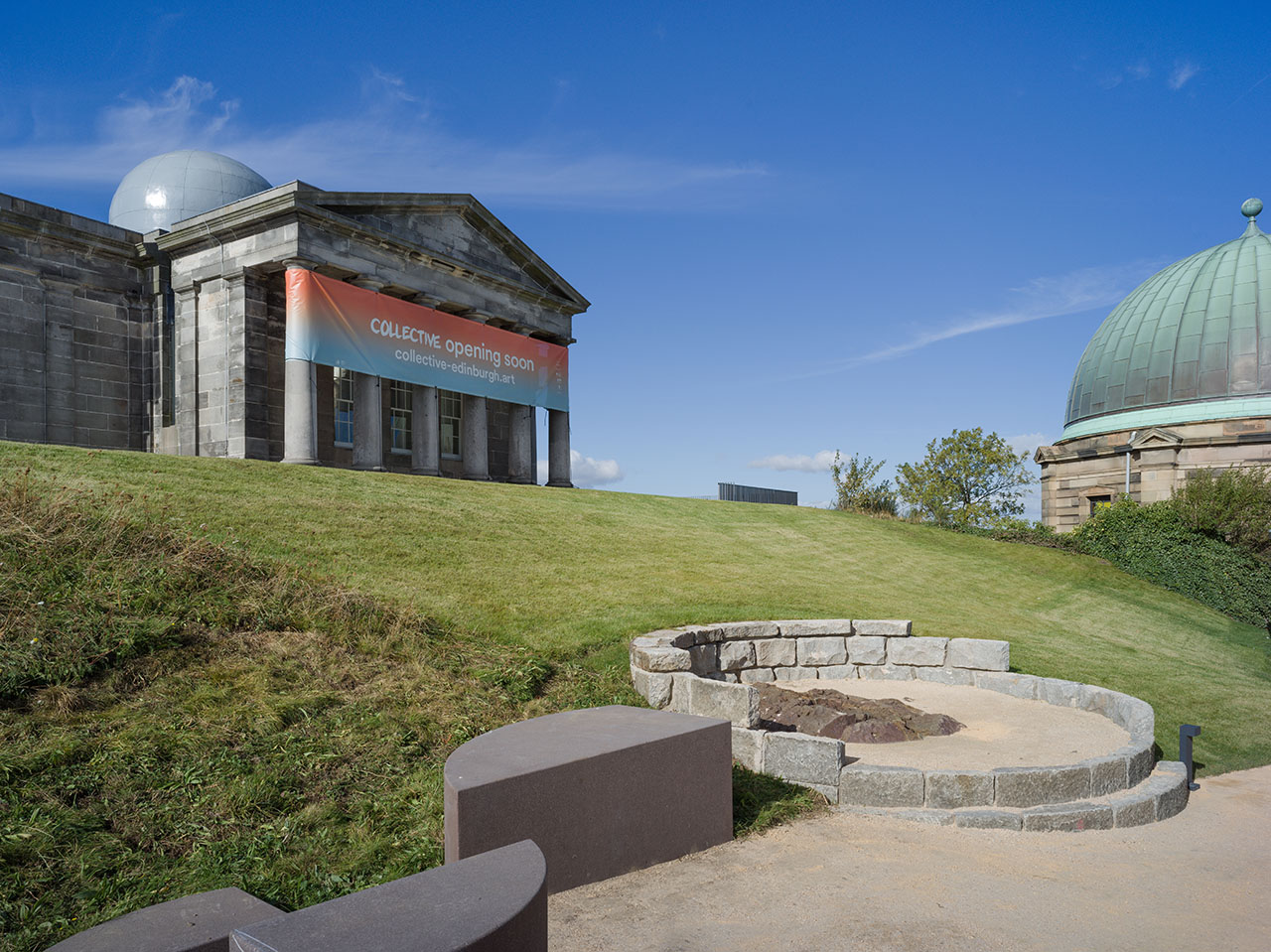 Collective – a new centre for contemporary art – will open in Edinburgh  on Saturday 24 November 2018 after a  major restoration project at one of the capital’s World Heritage sites.

The gallery is on top of Calton Hill and includes the City Observatory designed by William Playfair in 1818. There will be a new purpose-built exhibition space with panoramic viewing terrace, and a destination restaurant, The Lookout which will be run by Gardener’s Cottage. For the first time in its 200-year history the City Observatory site will be freely open to the public.

This marks a new beginning for the Observatory site and for Collective, an organisation active on the Scottish arts scene since 1984. Collective will position itself as a new kind of observatory, inviting the public to view the world around them through the lens of contemporary art.

You can expect to see a selection of international and Scotland-based artists, commissioned specially for the opening, who will exhibit their work at Collective as part of an inaugural exhibition.

The City Observatory played a key role in the history of astronomy and timekeeping in Edinburgh. Now restored to Playfair’s original designs, the Observatory will open fully to the public  for the first time. The original telescope, installed in the Observatory in 1831, will be on display. The Observatory will also house Collective’s new shop, Collective Matter, selling unique artist editions and specially commissioned products.

The Hillside is a new exhibition and office space embedded in the hillside in front of the City Observatory. The space will mostly exhibit work from Collective’s Satellites Programme for emerging artists and producers in Scotland.

Most exciting of all is the news that a panoramic viewing terrace on the roof of The Hillside will allow visitors to soak up the stunning views north across Leith and the Firth of Forth. The nearby City Dome, completed in 1895 as a subsidiary to the main Observatory, has been restored and will play host to a changing programme of artists showing their work in Scotland for the first time.

A purpose-built restaurant, The Lookout, has been constructed on the northeast corner of Collective and will be managed by local partners The Gardener’s Cottage. The Lookout will specialise in seasonal cooking using locally-sourced ingredients in much the same way as the Cottage does at the moment. Panoramic views from the upper floor dining area, which is cantilevered to partially float above the hillside, will complete an extraordinary dining experience.

The final building to be restored as part of Collective is the Transit House. Originally used as an observatory, the building will now serve as a learning and education space for visiting schools and groups.

The original ‘Politician’s Clock’, so-called because it has two faces, will be back on display. Before the installation of the time-ball in the nearby Nelson monument, sailors from the Port of Leith would ascend Calton Hill and use the clock (accurately set by celestial observations) to set their chronometers.

Affinity and Allusion is sponsored by Baillie Gifford.

New building design and conservation has been undertaken by Collective Architecture (no relation to Collective) with landscaping by Harrison Stevens.

Kate Gray, Director of Collective, said: “After more than 5 years of fundraising and hard work it’s incredibly exciting to be opening our doors to visitors at last. Collective is situated in a very special location on Calton Hill and we hope to offer our visitors an equally special experience, combining extraordinary art and architecture with panoramic views of the city. We now extend a warm welcome to residents of Edinburgh and visitors to the city and invite them to come up and see us.”

Councillor Donald Wilson, Culture and Communities Convener, City of Edinburgh Council said: “Gazing over the city from the top of Calton Hill, the City Observatory has played an important role in Edinburgh life for hundreds of years. Now it is set to become one of the most unique ‘must visit’ destinations in all of the city.

“The building is a historically significant symbol of the Edinburgh Enlightenment as well as a major contributor to the history of star gazing. It’s a brilliant example of Scottish architecture – an original Playfair design – and boasts a prominent position on the Edinburgh skyline with panoramic views of the Firth of Forth, Arthur’s Seat and Edinburgh Castle. When it reopens, it is also going to be a space for people to enjoy the arts and for the public to visit freely.

“I am delighted that we have been able to support the project with significant investment from the Council and many years of collaboration with Collective. It is surely one of the most significant conservation projects to take place in Edinburgh in recent times.”

Lucy Casot, Head of Heritage Lottery Fund, Scotland, said: “We are delighted to have played a major part in one of Edinburgh’s most significant cultural developments in recent years. Thanks to over £1m investment from the National Lottery one of the capital’s most notable historic landmarks located at a famous address is now open to the public for the first time in its long history.

“Working in partnership with the creative imaginations of Collective and other partners this project has restored a historic treasure transforming it into a vibrant new cultural and artistic hub suitable for one of the most visited cities in the world.”

Philip Deverell, Director, Strategy at Creative Scotland said: “Creative Scotland is delighted to support the development of the historic City Observatory by Collective through a Large Capital Award. The project will not only enhance and diversify Collective’s artistic and creative offer but will consolidate their position as a leading visual arts organisation. This project reinterprets Playfair’s Observatory buildings as a space for the people of Edinburgh, and visitors to the city, where people can meet, think, debate and enjoy great art.”

Adam Wilkinson, Director of Edinburgh World Heritage said: “We are delighted to support Collective’s vision for conserving and reusing the City Observatory. Knowing the historical, architectural and scientific significance of the building, they first approached us to fund the production of a thorough conservation statement. This ensured that sensitive and appropriate repairs and interventions were made.

“Particular highlights for us are the restoration of Playfair’s original 1827 open plan layout for the ground floor, and the conservation of the Transit House. We have invested significant funds in the conservation of other monuments on Calton Hill over the last ten years and are pleased to support these works, which form the final piece of the jigsaw.” 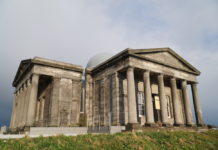