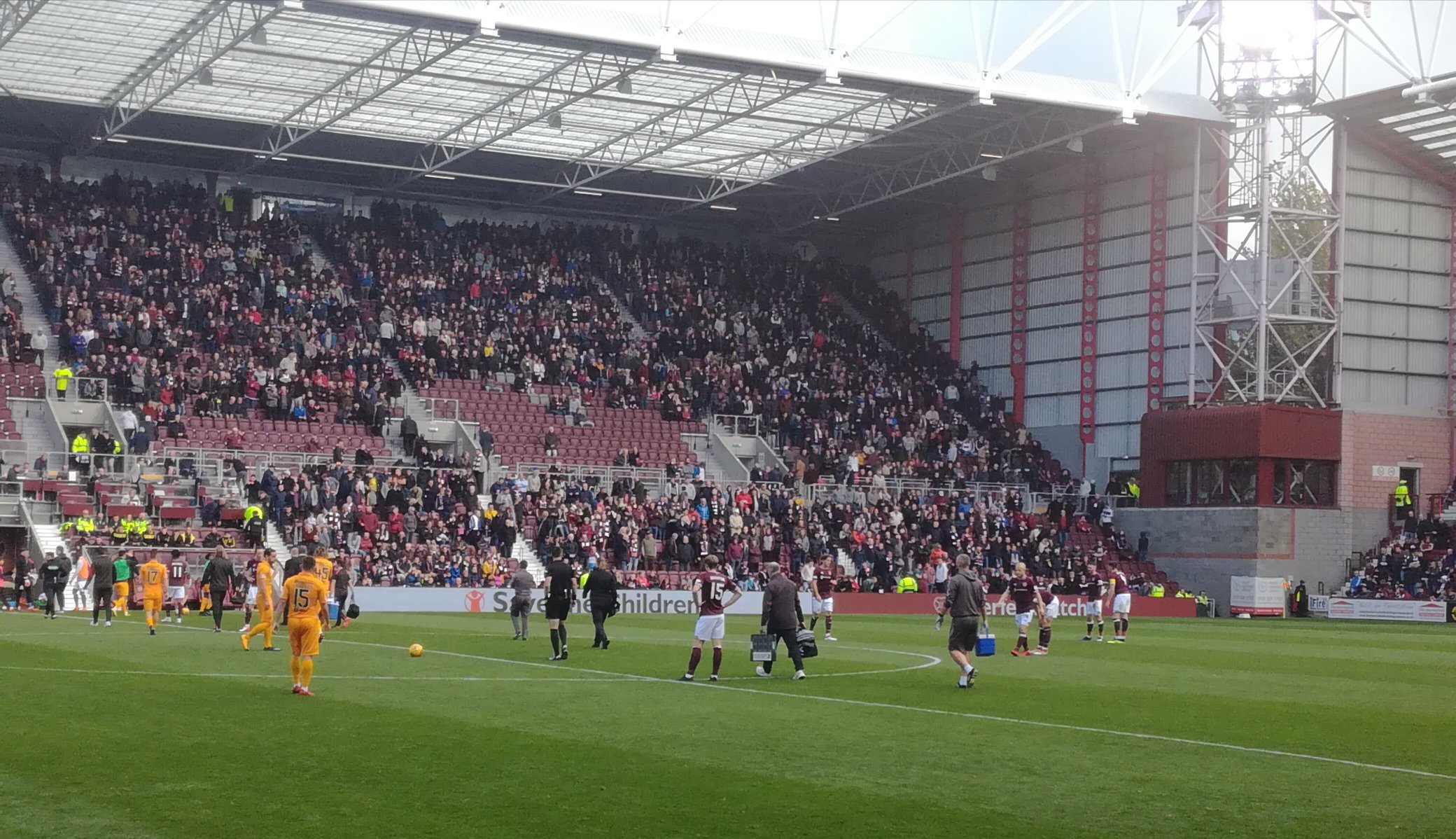 One hour before kick-off on Saturday came the first inkling that this wasn’t going to be Hearts day. The league leaders announced their team for their Ladbrokes Premiership meeting with Livingston at Tynecastle Park. The name of Uche Ikpeazu – such an influence on the Maroons this season – was missing. The big striker had taken a knock in training and was forced to sit this one out. Despite Hearts having a large squad this season the first seeds of disappointment had been sown.

The August Manager of the Month Craig Levein, who received a huge ovation when he strode on to the Tynecastle turf – his first home appearance since his heart-related health scare a few weeks ago – made three changes to the team that won at Motherwell seven days ago. Steven MacLean replaced Ikpeazu while Craig Wighton and Ben Garrucio replaced Arnaud Djoum and Callumn Morrison respectively.

Livingston have made an impressive start to their return to top-flight football and it’s easy to see why. They were well organised and determined throughout and with their tactic of getting men behind the ball whenever they could they proved difficult to break down.

It was a frustrating afternoon for Hearts and the Maroon Army, again turning up in Gorgie in huge numbers. But the home side had chances to score. Defender Jimmy Dunne headed Olly Lee’s cross against the crossbar in the first half while Hearts had a gilt-edged chance to break the deadlock right on half-time when they were awarded a penalty kick.

Steven MacLean was bundled to the ground by Livvy keeper Kelly. It seemed a soft award, but Steven Naismith wasn’t complaining – until his rather weak penalty kick was pushed away to safety by the Livvy keeper.

Hearts upped the pace in the second half, but the visitors continued to thwart their efforts while proving to be dangerous on the counter-attack themselves. The home side brought on Callumn Morrison and the youngster’s trickery on the right wing looked like it might provide the breakthrough the home side desperately wanted.

The crossbar saved Livingston again in the final minute when Steven MacLean lobbed the ball over keeper Kelly – only for the ball to smack off the bar.

Huge frustration at the end of the game for Hearts and the supporters, some of whom booed the team when the referee blew for full-time. An astonishing reaction when you consider where Hearts sit in the league.

“I’m frustrated and slightly disappointed. I thought we were wasteful. We got into so many good crossing positions and positions to play the final pass. We either made a poor decision or didn’t execute properly.

“We missed a penalty, which didn’t help. Steven Naismith doesn’t miss many.

“If we’d scored one, I think it would definitely have been deserved, even though we didn’t play particularly well.”