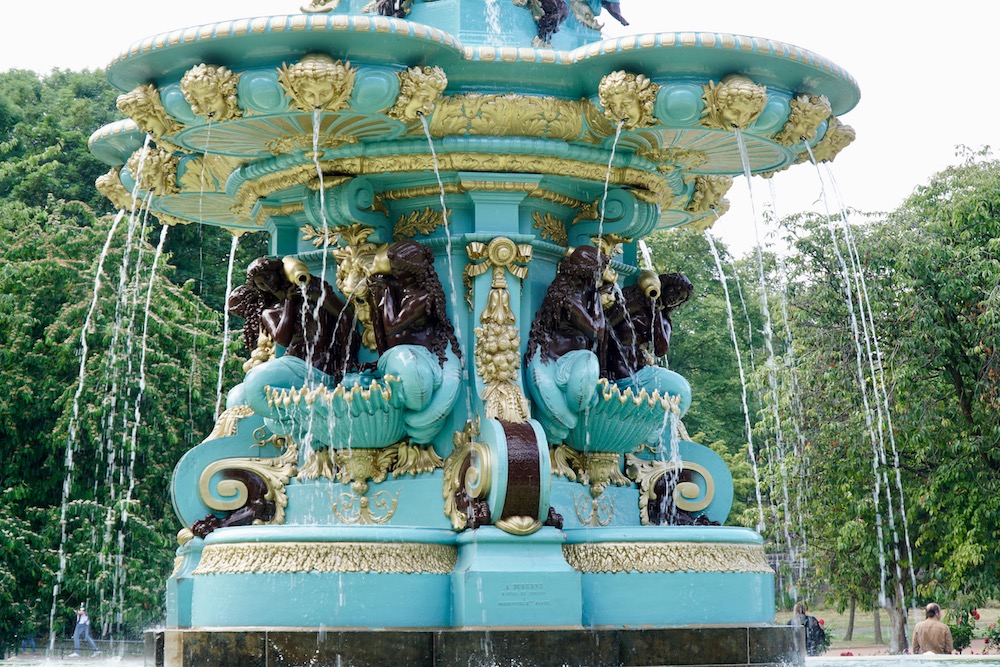 Curious to know what is happening now in West Princes Street Gardens I met with David Ellis who is managing director of the Ross Development Trust (RDT). It is RDT who paid ‘close to £2million’ for the work at the Ross Fountain opened officially last weekend.

The Trust is also spearheading the joint development with the city council of the area around the Ross Bandstand. It appeared to us that this deal may have stalled a bit, following a decision to put the whole set of arrangements out to public consultation.

I was put right quite quickly by Mr Ellis who explained : “We had a lot of momentum built up when we ran the design competition. There was a lot of excitement about it then, and since that time we have had to work on a lot of things and come to an agreement with the council. It’s almost a year now since the result of the design competition was announced.

“It has slowed slightly, but not stalled. We have done lots of important work over this last year in terms of looking at a sustainable management plan.

“What we want to ensure is that if we spend this £25 million and make all the improvements that we hope to make that in five or ten years’ time they will be able to be maintained and looked after. We don’t want them to be in a state of disrepair in a similar way that the Ross Fountain and the current bandstand were.

“It is key for us as we still have to raise the other £20million.”

The money for the fountain largely came from private donations (except for a very welcome £100,000 from Edinburgh World Heritage), and the intention is that the funding for the new gateway building will also be provided by donors.

The whole scheme began when Edinburgh businessman Norman Springford offered up £5million as a starter for the £25million required to demolish the Ross Bandstand and replace it with something much more modern.

The rest is to come from fundraising, and it was when potential donors asked about the way the investment would be made sustainable that the Trust entered into further discussions with the council. It is clear that lack of investment led to the demise of the fountain and the Ross Bandstand which, although still used, is not quite as good as it could be. With regard to the possibility of the building being run as an Arms Length External Organisation (ALEO) the council has now put the finer details out to consultation. David explained that he is not pushing the council to move forward in that particular direction although there is a clear recommendation from council officers that this is the preferred route.  He said :” Everybody is in the room thinking how best can we ensure that we tick the boxy guaranteeing the maintenance, but also ensure that whatever solution we come up with is appropriate for an area of public greenspace right in the city centre.

“A charitable ALEO would have members from the council, from the Ross Development Trust and independent members. This idea was put forward as the best option. It would be charitable in the sense that nobody would make money from it, there would be representation from different bodies and we would provide a board of trustees with collective responsibility.”

Funding for this ALEO would come from the events to be run in the new pavilion, and the new cafeteria which will be created there in the gateway building. David assured me that the business plan shows that there is enough to cover maintenance, staffing and all other overheads, and that it is a sustainable proposal.

“We hope to provide much better facilities, much better access and hopefully have the garden accessible for longer. These are some of our key goals.”

“Some of these events will be held indoors in the pavilion. They might be performances for up to 200 people with low impact on the rest of the gardens. it could be a Sunday morning yoga class once a week, or school performances. This will be a new space used for events in the building which will not affect the rest of the area. The impact of the other events such as Hogmanay will also be much less as the set up and take down time for those events will be shorter when new plans are put in place. The gardens should be more available to the general public.”

The decision on the way forward for the gardens will probably not be taken until October 2018 by the council. After that RDT can then restart its fundraising campaign, and the full design and planning process can only start once the money is in place.

The council also have to put a private bill before Parliament asking for approval to make the changes to the infrastructure within the gardens. The City of Edinburgh District Council Order Confirmation Act 1991 restricts building in some of the city’s parks and gardens. The only buildings permitted are “lodges for gardeners and keepers, hothouses and conservatories, monuments, bandstands, public conveniences, police boxes and buildings for housing apparatus for the supply of electricity and gas”. The extensive design by why architects proposes much more than that with lecture spaces underground as well as open areas outside.

It is likely that building will then start in about three years time.

You can listen to our full interview with David Ellis here :