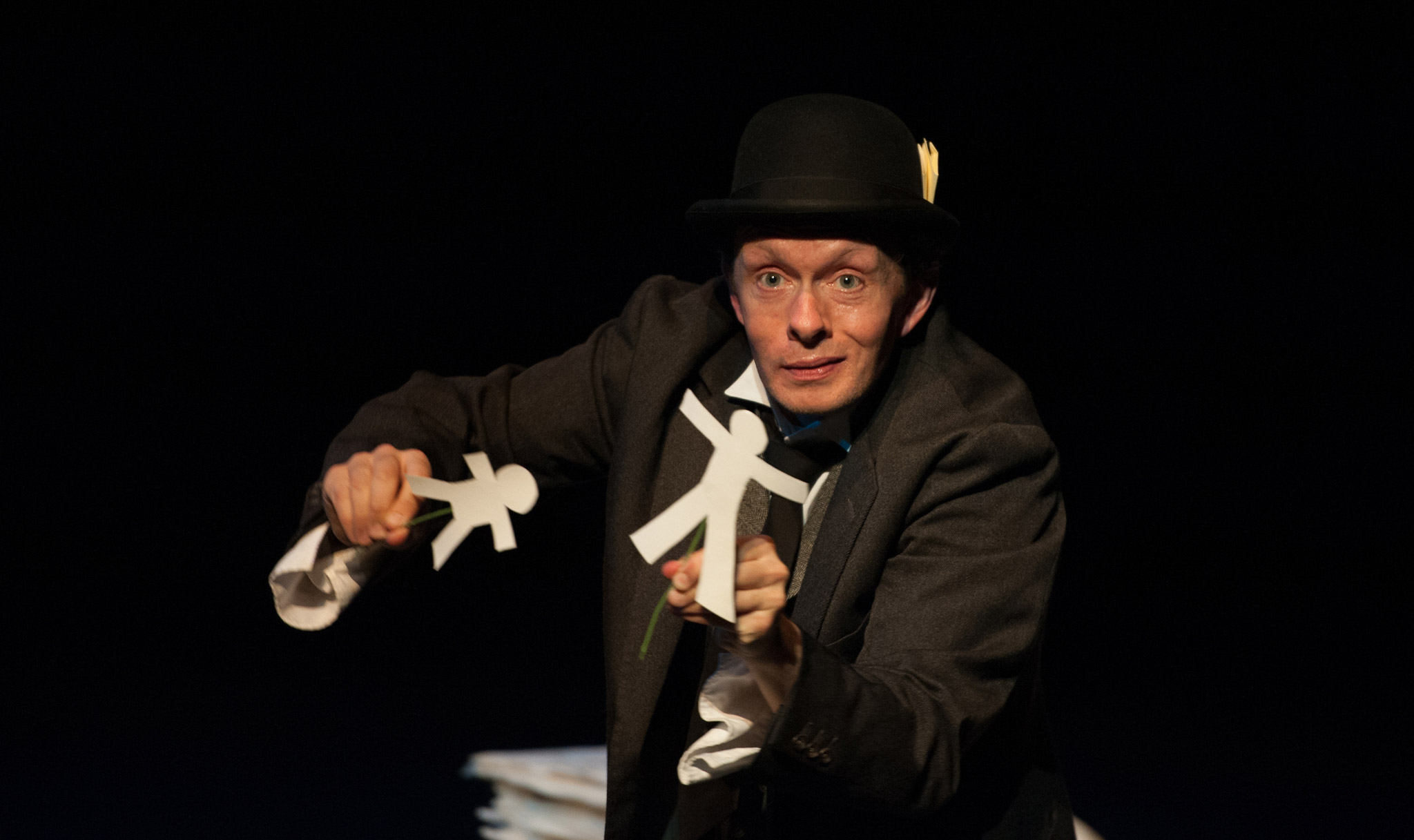 Something is going verywrong for Leopold Bloom, the hero of James Joyce’s great novel ‘Ulysses’ and a worldwide phenomenon.

He is plagued by visitations from the future, ghosts from the past and the burning question ‘Who am I and where do I belong?!’ His only clues lie in the 24 hours of life he occupies on 16 June 1904, as written for him by Joyce. So to discover the answers, his answers, Leopold escapes the pages and confines of his famous book, embarking on a rampage through the storm of 20th century European history. Bounding back and forth through time and crossing Europe he attempts to discover his true identity and his Jewish roots. In doing so he bumbles into the dark heart of the 20th century and the dangers that lurk within.

bloominauschwitz is an explosive piece of theatre that confounds audience expectations mixing clownish antics with high drama, rich text and powerful imagery. As Bloom confronts his chief antagonist – his future self from 2018, it resonates powerfully with the
current migrant era and the rise of xenophobic nationalism in parts of Europe.

New writing specialists Menagerie return to the Fringe for the first time since 2014. Patrick Morris delivers a Herculean performance as Bloom in this brilliant new play written by Richard Fredman and directed by Rachel Aspinwall. bloominauschwitz won the Best New
Play Award at the 2015 Brighton Fringe.

Menagerie Theatre Company is the leading independent new writing theatre company in the East of England. Based at Cambridge Junction the company has been creating theatre for over eighteen years and enjoys a regional, national and international reputation for the development of first class new writing for the stage.