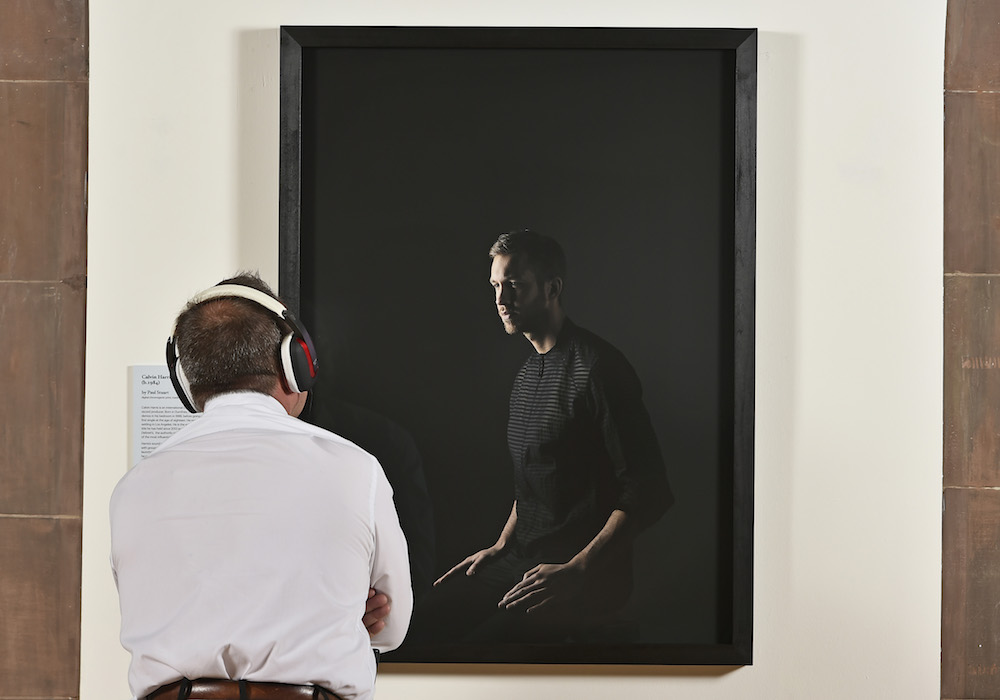 The Scottish National Portrait Gallery has a new exhibit featuring one of Scotland’s most successful songwriters, Calvin Harris. The photographic portrait by Paul Stuart is part of a commission by GQ Italia magazine taken in 2015. This is the first image of Harris in the National Galleries Scotland collection and you can see it in the Portrait Gallery now.

Adam Richard Wiles (b. 1984) is otherwise known as Calvin Harris the internationally known musician and DJ. He was born in Dumfries and began making demos in his bedroom before releasing his first single at 18. His sound is inspired by 1980s music and Fatboy Slim and Jamiroquai. He has his own record label Fly Eye Records.

He has received Grammy, Ivor Novello and MTV Europe Music awards for his music. He has been the highest paid DJ in the world since 2013 and regularly tops the bill at music festivals.

The photographer Paul Stuart was born in West Sussex and studied at the University of Wales, Newport from where he obtained a first class degree in documentary photography. He is now based in London and specialises in portraiture, with his photographs regularly appearing in publications such as GQ, The Guardianand the Sunday Times; his work is in the collection of the National Portrait Gallery in London.

While Stuart has exhibited work as part of the Taylor Wessing Photographic Portrait Prize that was displayed at the Scottish National Portrait Gallery in spring 2016, this will be the first of his photographs to be represented in the permanent collection.

Christopher Baker, Director, European and Scottish Art and Portraiture at the National Galleries of Scotland, said: “Calvin Harris has made a remarkable contribution to music both in Scotland and globally over the last decade and we are absolutely delighted to have him represented in Scotland’s national collection. Few artists can equal the impact he has made on contemporary culture, and Paul Stuart’s portrait is a reflective, exceptional image which the many visitors to the Scottish National Portrait Gallery will now be able to enjoy”.

Paul Stuart said: “I found Calvin to be thoughtful and considerate and at 6ft 5’ he is also physically striking. In contrast to his profession, I am interested in silence to create an atmosphere. It is an honour to have my work included in the National Galleries of Scotland”.