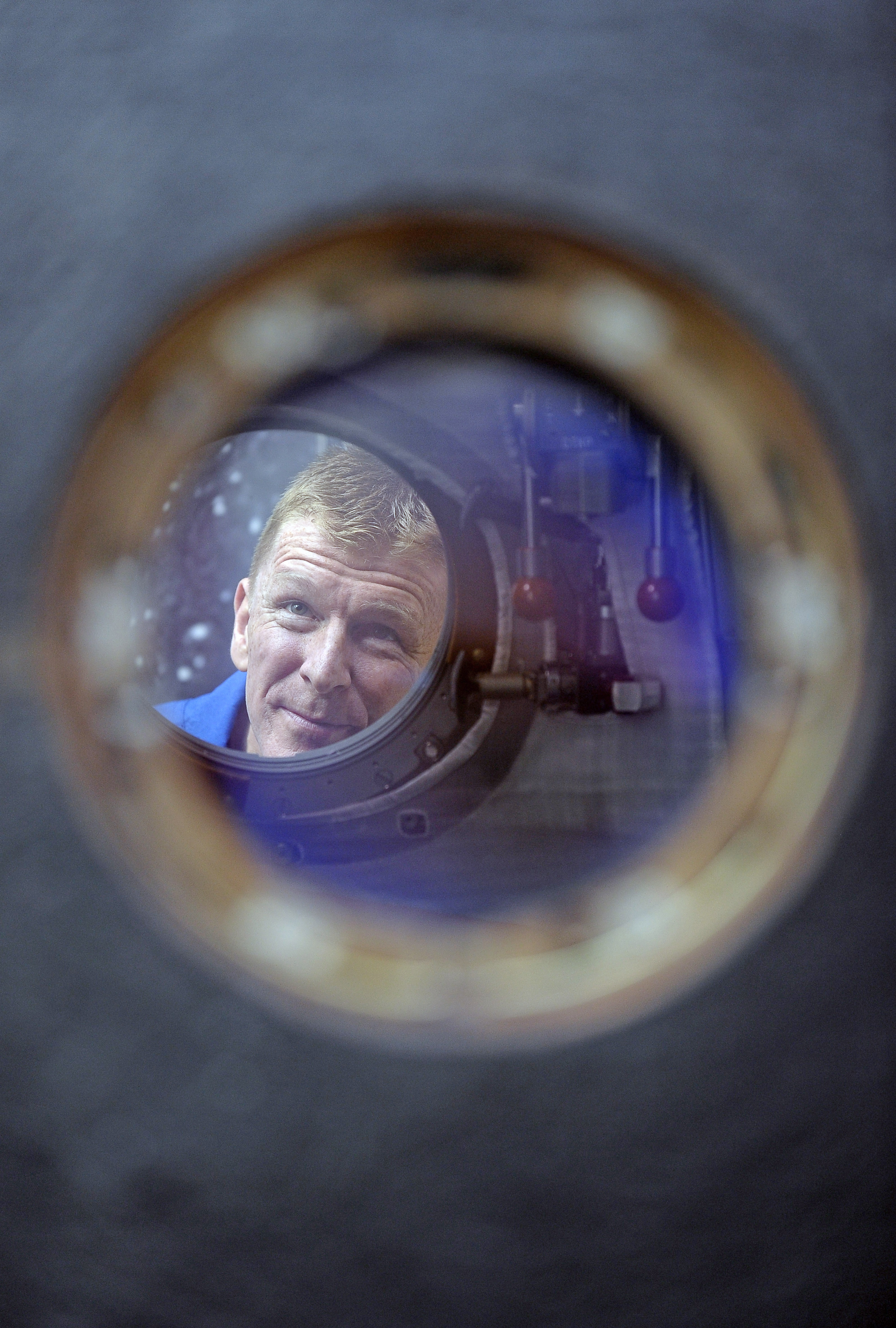 Tim Peake’s Spacecraft is on its national tour and this month is it in the National Museum of Scotland.

You will be able to see the Soyuz spacecraft which the European Space Agency astronaut used as part of the Principia Mission to the International Space Station. He was helped to get the craft off a truck on Chambers Street by pupils from Dunipace Primary School near Falkirk who also got the chance to put questions to him.

Tim returned to Earth in the 1.5 tonne Soyuz TMA-19M descent module on 16 June 2016 after six months on the ISS passing over us here in Edinburgh from time to time.

He ran a marathon when he was in space and conducted many experiments. This is the only Scottish stop on the tour so be sure to go and see it before 4 August.

There is a virtual reality adventure using Samsung Gear VR technology which allows you to get right to the heart of the astronaut’s journey from the ISS back to Earth. And you can also see his spacesuit on display alongside.

Dr Gordon Rintoul, Director of National Museums Scotland said: “We were delighted to welcome Tim Peake to the National Museum of Scotland to unveil his spacecraft. Space travel is a captivating subject and I know thousands of our visitors will flock to the Museum in the coming months to see this fascinating capsule close up.”

Tim Peake said: “I’m delighted that my Soyuz space capsule has come to the National Museum of Scotland in Edinburgh. It’s incredible to think that this capsule, which spent 186 days attached to the International Space Station is now touring the nation. I hope visitors from Edinburgh and beyond will take the rare opportunity to come and see this amazing space capsule up close and discover more about human spaceflight and my time on the International Space Station.”

Ian Blatchford, Director of the Science Museum Group, said: “Tim Peake’s Principia mission truly captured the public imagination. I’m delighted that we are building on that fascination with space by touring his spacecraft and spacesuit all over the country. I’m particularly pleased that this tour is reaching every part of the United Kingdom and I hope visitors to the National Museum of Scotland will be as enraptured by getting up close with this incredible piece of recent space history as visitors to the Science Museum Group museums visited by the tour so far.”

Sam Grant, Chief Marketing Officer at Samsung Electronics UK and Ireland, said : “We are proud to partner with the Science Museum Group as we share a strong belief that instilling a sense of curiosity lies at the heart of life-long learning. We have had incredible feedback from teachers and pupils who have taken part on the tour and have found the use of our technology invaluable in bringing to life the Space Descent VR experience. With the help of the Tim Peake Space Descent VR Experience Tour Bus, we will be taking this unique training programme across the UK visiting schools to engage young people in STEM subjects.  We think it is crucial to spark the imagination of children with the use of the latest technology. We want  to ensure we inspire the future leaders in STEM careers from a young age.”

The Science Museum Group acquired the module in December 2016 and it was displayed in the Science Museum in London before going on a UK tour. The National Museum of Scotland is the fifth stop on the tour and is the only Scottish venue.

The Soyuz TMA-19M is the first flown, manned spacecraft in the UK’s national space technology collection. Its display in Hawthornden Court at the National Museum offers visitors the unmissable chance to see it up close, complete with scorch marks from its re-entry through the atmosphere.