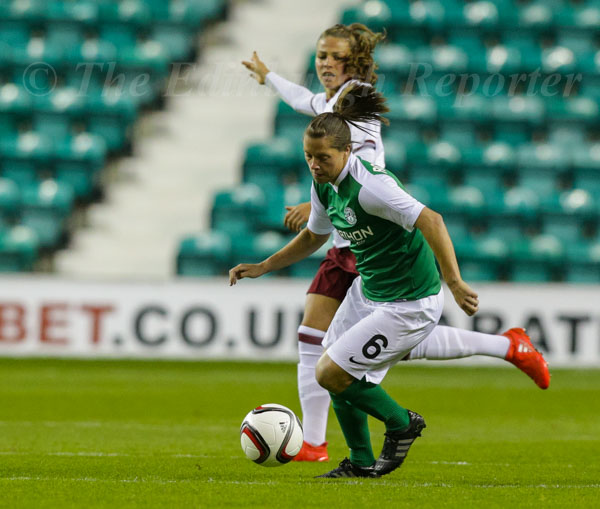 Hibernian Ladies will face Glasgow City in the semi-final of the SWPL Cup at Falkirk Stadium this afternoon.

The pair met two weeks ago in the league and a late goal from Abi Harrison secured a 2-2 draw.

Hibs are looking to retain the cup whilst  Glasgow City will be seeking revenge after being beaten in the semi final last year as well as the final of the Scottish Cup.

“Having played each other two weeks ago, it’s clear to see how closely matched the teams are and we know each other well.

“With the terrible news about Joelle this week we’re happy to have a couple of other players returning to training this week.

“After a good week of preparation we’ll be ready to defend our title as cup holders come Sunday.”

“It’s a big game and one that we want to win to get one step closer to retaining the trophy.

“Unfortunately, Joelle’s injury last week will prove to be a loss but the girls have been training hard and are buzzing going into the game.”