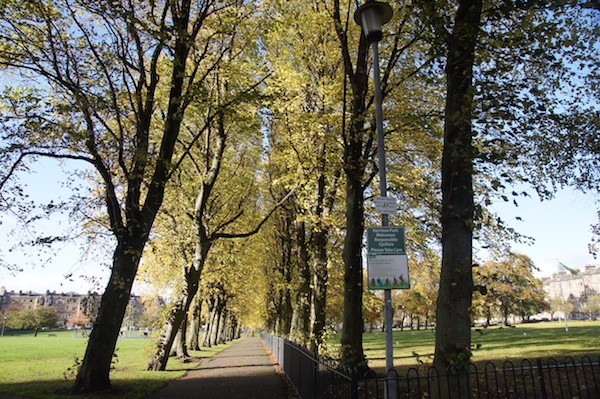 A police investigation is underway after a 22-year-old  cyclist was assaulted and robbed by a teenage gang on Middle Meadow Walk in the Meadows area around 9.30pm on Friday night.

The victim was pushed from his bike before his takeaway food was stolen from his back pack.

He suffered a head injury during the assault which has left him requiring hospital treatment.

Police are appealing for witnesses and asking anyone who can help with their investigations to come forward.

The first suspect is described as a white male, aged 14 to 15-years-old with a slim build.

At the time of the attack he was wearing a green-coloured jacket with the hood up and a scarf over his mouth.

The second suspect is described as a white male, aged 14 to 15-years-old with a medium build and short dark-coloured hair.

At the time of the attack he was wearing a black jacket.

Detective Inspector Kevin Harkins of Gayfield CID said: “This was an unprovoked and senseless attack which has left the victim understandably very shaken.

“The victim was approached by a group of youths and the area was busy with pedestrians and passing traffic. I would ask anyone who witnessed what happened to contact us as soon as possible.

“Similarly, anyone who can help us identify those responsible, or has any other information relevant to our investigations, is ask to come forward and contact officers.”

Anyone with information regarding this assault can contact Police Scotland via 101.