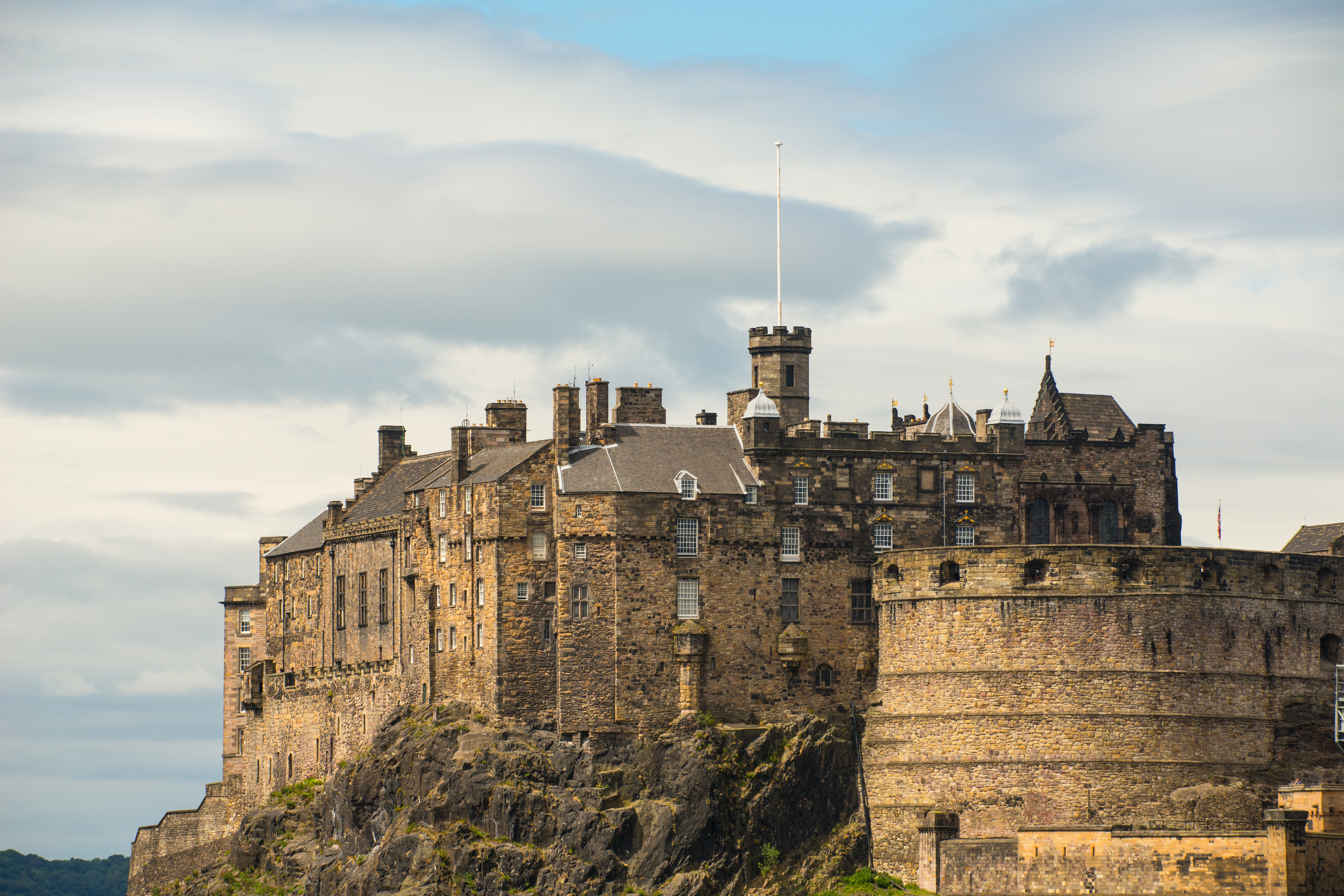 We asked some local politicians what they think about our progress towards gender equality on International Women’s Day 2018. Deidre Brock SNP MP for Edinburgh North and Leith always has fairly strident views. She wrote: ” In the year of Weinstein and the #metoo fightback we have to say that our report card still reads “could do better”.

“I applaud the work now being done by Glasgow Council to address the historic inequality in women’s pay after years of fighting the women through the courts (and I will note that the change in attitude happened right after political control of the council changed from Labour to the SNP) and I note that Scotland’s other councils have already made provision to right some of the wrongs of the past.

“I was surprised at how Nicola Sturgeon’s gender-balanced cabinet took people by surprise and was deemed notable for that reason, with the usual accusations that the women are not there on merit.  Ironic after so many decades of so many cabinets full of men who no-one remembers – some of whom were real plodders and some who couldn’t even get a plod on.  I remain surprised at how seldom women appear as the voice of business, how seldom women are the academics or the specialists interviewed for TV, radio or newspapers and I’m still surprised, in spite of long experience, by how often panels at public events or debates remain men-only areas.  Things are changing a little but they’re changing very slowly and I think we need a bit of rocket fuel added.

“The thing that gives me hope is that we have inspirational women in many spheres now, impressive women carving their way through prejudice, misogyny and belittlement to record a list of successes and achievements that will give the next generation of women hope that they can go even further, can set their sights higher.  I have hopes that my daughters will see a time when women are seen as equal people and that anything else would seem like a strange and alien world but we have a long journey to travel yet.

“Women in politics are subjected to a tirade of abuse, particularly on social media, a huge amount of it sexist, some of it threatening and intimidating and, much as we try to ignore it, it has a negative effect on our ability to do our jobs.  I see from some coverage of the Winter Olympics that a similar thing seems to be happening to women in the world of sport and I’m going to guess that it also happens to women in other walks of life.  There’s a long way to go, a very long way.

“The sad thing is that we’re far from being the worst in the world.  We can point at the usual suspects and criticise but we also have to accept that it’s happening in countries that we would consider ourselves close to.  Around 100,000 children have been married in the United States in the last decade, some as young as 10 years old – and that’s with 10 states providing no or little information so the figure will be higher.  In May of 2017 Governor Chris Christie of New Jersey refused to sign a law that would have made NJ the first US state to ban child marriage – he refused because, he said, it would conflict with religious customs.  There are pre-pubescent girls being married to men in their 70s; there are children being forced to marry their rapists; young girls forced into marriage before the age at which they could legally consent to sex.

“Zimbabwe, Malawi and El Salvador recently banned child marriage and Afghanistan has stricter controls on child marriage than the US.  We’ve got a long way to travel and our international allies have a long way to travel and we shouldn’t let ourselves think that the problems are elsewhere, in poorer or ‘less developed’ countries – the problems are ours because we are human and they are global and we really are all in this together.”

City Centre councillor Joanna Mowat had this to say : “No – whilst we have equality enshrined in the law for many women that is not borne out in reality.

“Each generation of women seems to have fight the battle in a new way – at the beginning of the last century women fought for the vote, the right to matriculate at university to join the professions to storm the bastions of male privilege.  And still we fight on.

“I thought that the experience I had when I was 30 and looking for a job after being made redundant when I was quietly advised to take off my wedding ring as employers might be reluctant because of my age – prime childbearing -were over.

“Yet in the papers this week we see that some employers still regard pregnancy as a problem.  This is despite many employers knowing that a family friendly working environment is a great way of keeping good employees.

“I am alway frustrated that childcare is often treated as a “woman’s issue” – family friendly should not be code for maternity issues but should be offered to fathers and sons and daughters who may have caring responsibilities for their parents.  Until we think about families we will not be able to achieve equality of opportunity for all.” Edinburgh West MP Christine Jardine said : “Are we overcoming problems of gender pay gaps, inequality in the workplace and simply the way we approach a woman’s role in the home?

“Until a few weeks ago I would have said yes. I would have pointed to shared paternity leave, the fact that it’s illegal to pay men and women different rates for the same job and the apparent changing attitudes amongst men.
“Now I’m not so sure, especially about the gender pay gap.
“Suddenly we had confirmation that one of our biggest and high profile employers, , a publicly company with global reach doesn’t always pay women the same as men.
“The revelation that the BBC’s female China editor was not paid th same as men doing the equivalent job was, for many, confirmation of what they had suspected.
“Certainly the publication of the salaries of ‘on-air’ talent had raised questions. Male talent seemed regularly to be valued more highly than female.
“But this, to me at least, seemed worse, this was a woman doing the same job as men and getting less.
In Parliament I was one of many who questioned the culture secretary on what steps the government is going to take to ensure this cannot happen again? How was this allowed to happen in the first place?
“If the BBC is able, whether by accident or design, to allow a gap to emerge between employees performing the same role in different places have we really managed to crack the problem.
I doubt it.” Councillor Marion Donaldson who is the Vice-Convener of Finance gave us her view : “Have we got there yet? The question implies a destination. Political and cultural events globally demonstrate that women are gaining confidence, individually and collectively, in challenging existing power structures. There is still a long way to go before we achieve equality of status, opportunity, pay and recognition. For too many women progress is too slow and too lonely.” Edinburgh East MP Tommy Sheppard writes : “100 years on since (some) women got the right to vote and many are now asking – are we there? Have we reached gender equality?”The simple answer is no. I could stop there. After all, does it really help for a white, middle aged male politician – often the epitome of privilege – to wade into the debate?  Maybe not but ultimately obtaining equality should matter to all of us. And we all have a role to play.

“There are more women in elected office than ever before but it’s nowhere near 50:50 and the women who do put themselves forward often find themselves challenged by a whole range of sexism – from the everyday comments that far too many think are normal to sexual harassment and abuse.

“And I’m get increasingly fed up with people trying to say that it’s all so confusing to distinguish between what is acceptable and what is unacceptable behaviour – any man in a position of power or influence should be able to tell the difference and if they can’t they shouldn’t be in the job.

“Political parties are putting in a variety of measures to support women into politics – from all women and gender balanced shortlists to specific training, mentoring and support systems. And it’s all having an impact. But it’s not enough when the political culture remains the same.

“So what can we do? Call it out. Each and every time. And men must start challenging their own peers and colleagues. Every time I hear an off the cuff comment or ‘joke’. Every time I attend an event that seems to think only men can have a voice on the panel. Every time an assumption is made based on someone’s gender. We need to speak out every time.

“We’ve come a long way but let’s not take another century to finish the journey.” Jeremy Balfour the Conservative MSP for Lothian has twin daughters as well as his wife. He casts an eye over the landscape from that perspective and with echoes of his work life. He writes : “I am surrounded by strong women every day.  Whether it’s my funny, clever, inspiring wife or the support I receive from my all-female team in the Scottish Parliament, I am very aware of the contribution made by women; it equals any man.

“When I think about what the future holds for my twin girls, at times my thoughts are tinged with anger because I fear, through no fault of their own, they may experience prejudice and inequality simply because they are female.

“But I also feel hope and believe if we can harness the momentum created by the Time’s Up campaign, by the time my daughters are embarking on their careers, stories of wage gaps, discrimination in evaluation and promotions and a lack of women in senior roles, will be old news.

“I believe part of the solution has to involve working with men and boys in order to lift the restrictions and attitudes which prevent women from enjoying true equality, and open discussion between employees and companies will help gender diversity.

“I want to play my part in that process and will continue to stand up for women’s rights.  There is still room for improvement but I do believe we are on the right tracks.”

Liz McAreavey is Chief Executive of Edinburgh Chamber of Commerce. She said : “Women have made significant progress on the road to equality but there is still a long way to go.

“There is ample evidence that gender balanced senior management teams and boards are more effective, combining the skills and strengths of both men and women equally. There are many ways to be effective and women need to be true to themselves, and find their own leadership style.”