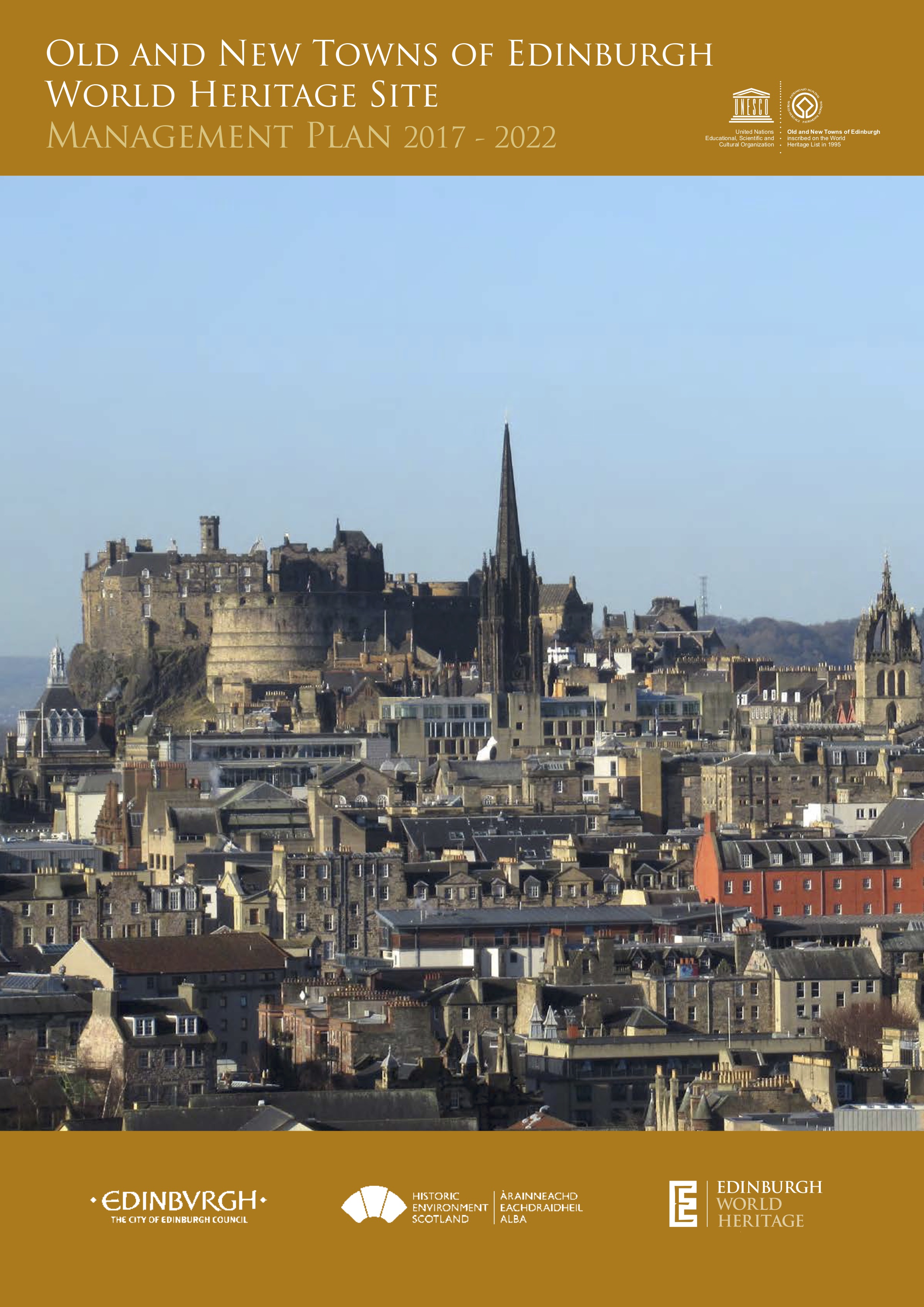 The City of Edinburgh Council, Edinburgh World Heritage and Historic Environment Scotland were all of one voice today at the launch of the new plan for the UNESCO World Heritage Site. The plan is now published and it will make for better developments, better management of tourism and improve residents’ understanding of the site. An interesting fact thrown up by recent research is that not too many young people know about Edinburgh’s World Heritage status and that is going to change with the lease of the Tron Kirk to Edinburgh World Heritage who will establish an information centre there.

The area covered by the classification stretches from Dean Village to Quartermile and the West End to the Palace of Holyroodhouse. It is important for these three bodies to be of one voice as they all have a part to play in planning matters, conservation and the development of the city.

One of the new developments in the plan is that there will be ‘place briefs’ drafted for redevelopment sites, even before a developer comes forward with a proposal for the site. The hope is that this will be a driver in ensuring higher quality development across vacant sites.

Other issues such as the growth of tourism and the proliferance of AirBnB lets, issues over rubbish on the streets particularly in the summer months will all be focused on by all three parties to the plan.

Speaking to Adam Wilkinson the Director of Edinburgh World Heritage about the Edinburgh Management Plan (which you can read in full below) he was very positive about what this will do for those of us living  in Edinburgh. He indicated that the plan would help with the direction of his organisation and also that it will allow them to look at a maintenance scheme for tenements and shop fronts.

He said : “The plan will make a slow and steady difference. It is a five year plan which picks up from where the last one left off. It identifies a number of areas of concern for residents in the city and in particular residents of the World Heritage site, such as sustainable tourism, development and change in the city centre and engagement with World Heritage site status.

“We asked about 1,000 people about their concerns and this will help us plan out how to address these. It might include looking at other cities and what our colleagues do there to bring sustainable tourism through into Edinburgh in a far better manner, respecting residents as well as small businesses here.

“In terms of quality of new build and how that comes forward in the city, we are looking at ideas with our partners at the council and Historic Environment Scotland. We will have place briefs which allows all three of us to work together looking at development sites very early on and look at what can and can’t be done there before developers come along. This will inform developers and we will not end up in some of the huge fights we have seen in the last five or ten years.”

We asked Council Leader Adam McVey what difference this plan will make to the work the council does. He said : “I think it will make quite a big difference. We have built on the success of previous plans. We have maintained our World Heritage status for the last 20 plus years. In an effective manner this will help us build on that progress for the future.

“As the city continues to grow, as there is more development and we are looking to cater for ever-growing demand of our tourists, we need to make sure that what enshrines the city as really special and makes us worth our status continues.”

We suggested that some recent planning decisions might have called our World Heritage status into question, but the council leader did not exactly agree. He said : “I am not sure those planning applications have necessarily undermined our World Heritage status. I think have a fantastic city. We are standing here with the castle in the background, and the Old and New towns around us. It is far bigger than the odd development here and there.

“I think as a city we need to get behind what is so special about us. Yes there are a couple of applications that people have disagreed with.I completely appreciate that but ultimately our World Heritage status is about far more than that. It is about what makes Edinburgh special, what makes Edinburgh’s city centre special. I think everything that we are doing in terms of improving public transport, making sure our buildings are well maintained, making sure the streets are cleaned despite the 4 million visitors each year, everything that we are doing as a council and city is working to protect that World Heritage status.”

World Heritage site management plan 2017 to 2022 from The Edinburgh Reporter On Vimeo on Vimeo.

Director of Heritage at Historic Environment Scotland Barbara Cummins told us a little about the detail contained in the publication : “The plan itself has some high level statements, so every year what we will do is produce an action plan. This will cover the definite things that we will do to deliver the promises that were made in the plan, the things that respond to the people of Edinburgh and the things they asked us to do.

“There are two or three things in particular which have exercised people. For example tourism is one of those things.It is a good and bad thing; good for jobs, good for promoting the city to the rest of the world but bad from some residents perspectives as it is a very busy place. As well as that the quality of new development in Edinburgh is something people feel strongly about. People are passionate about this city which is fantastic from our perspective. But they don’t always like what they see being developed in the city so we need to work harder to bring better quality development.”

The Old and New towns of Edinburgh are one of six UNESCO World Heritage sites in Scotland with others at St Kilda, the Forth Bridge, the Heart of Neolithic Orkney, the Antonine Wall and New Lanark.