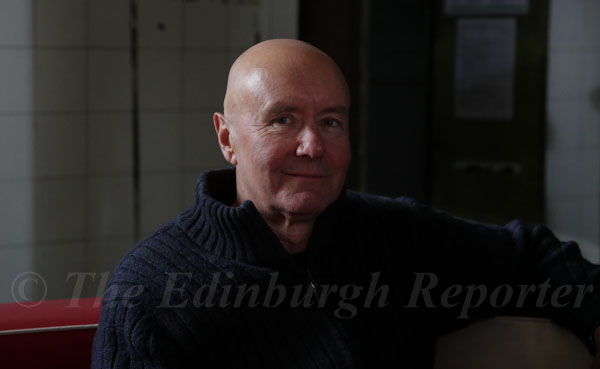 The evening will see the Trainspotting author return to his home town to introduce the latest novel to feature Frank Begbie, Mark Renton, Sick Boy and Spud. Welsh will read from Dead Men’s Trousers, answer questions from the audience and take part in a book signing. Book sales on the night will be provided by Waterstones.

There will also be a host of thrills and special guests as Neu! Reekie! bring together friends from the world of spoken word and music to get the party started, including a live performance from Scratch & Sniff. Dead Men’s Trousers (published by Jonathan Cape/Vintage) is a fast and furious novel which sees the spectacular return of the Trainspotting crew. Mark Renton, finally a success, is rocked by a chance encounter with Frank Begbie, while Sick Boy and Spud are intrigued to learn their old friends are back in town. Lurching from crisis to crisis, the four men circle each other, driven by their personal histories and addictions. One of these four will not survive – who’s wearing Dead Men’s Trousers?

Roland Gulliver, Book Festival Associate Director, said “We’re delighted to be partnering with our good friends Neu! Reekie! to launch Dead Men’s Trousers, the latest instalment of the escapades of Edinburgh’s most infamous literary heroes. The Festival is always exploring new venues and audiences and, having begun the year marking the Muriel Spark centenary at the Usher Hall, it’s only fitting we head to Leith’s atmospheric Biscuit Factory, to celebrate Irvine Welsh, a writer who has defined Edinburgh for a new generation of readers.”

Tickets for the event cost £12 (£10 concessions) and are available at irvinedmt.bpt.me – the venue is wheelchair accessible and will be 75% unreserved seating, 25% standing. The event begins at 7.30pm and lasts approximately three and a half hours.