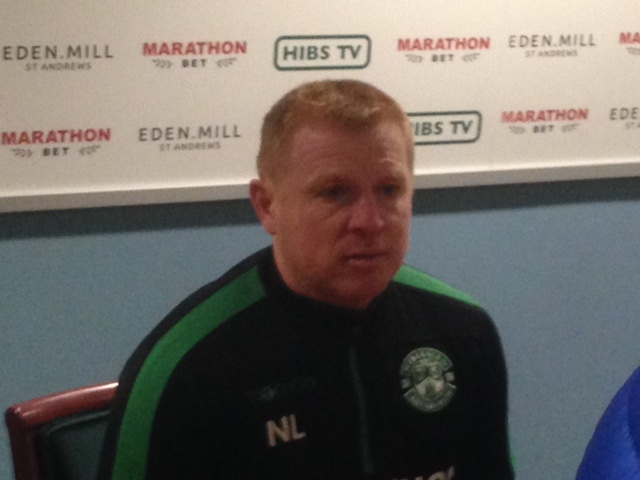 Neil Lennon is looking forward to tomorrow’s against Aberdeen in front of what could be a sell-out crowd at Easter Road.

The Head Coach however is anticipating another tough test against the Dons who sit second in the table.

Speaking at his press conference on Thursday, Neil said: “It’s fantastic that it’s near enough a sell-out which is brilliant for the club and shows how much progress the team has made.

“We’re coming off the back of a fantastic win at Ibrox and we’re playing against a team who are in great form, scoring a lot of goals and who have probably given us our biggest test of the season outside of the old firm.

“It’s not ideal to be out of the cup but with the run of injuries that we’ve had it’s been beneficial in terms of getting some players back fit and into training. It’s been a good week and I’m looking forward to the match.

“It’s a real tough game but a great game to look forward to. We’d like to make inroads on second and third place and this is a game that will have a bearing on that.”

Not having a fixture last weekend has also afforded the club’s new signings some additional time to bed into the first-team squad and Lennon was full of praise for his latest recruits.

He added: “I’m delighted, really delighted. Kamberi has been a big plus, Jamie is really starting to find his feet now and Scott Allan had a fantastic second debut at Ibrox.

“Rherras is starting to get up to speed as well and Cammy Bell has come in who’s a very experienced goalkeeper so I’m really pleased with the quality and experience that we added in January.”