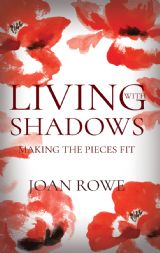 May 1915: Gallipoli. The war that would be ‘over by Christmas (1914)’ has now been raging for 10 months. An Allied force of 70,000 men has been sent to attack the Ottoman Empire. British, French, Australian and New Zealander soldiers have launched an amphibious assault on the Turkish peninsula in an attempt to take the city of Constantinople. In the The wounded, sick and dying wait on the beaches for small boats to come and take them out to hospital ships. The ships take them 850 miles across the Mediterranean to Malta, Egypt or Lemnos. During the course of the campaign 57,900 men are treated in Malta alone. Those British men who survive are eventually repatriated to the UK.

91 years later, in 2006, at her daughter Rebecca’s wedding, a family friend presents Edinburgh author Joan Rowe with a diary. It is, he says, ‘a tatty old thing’ that has been found in Rebecca’s great aunt’s house and given to him by Rebecca’s father. The diary has been written by Albert Anderson, who, with Rebecca’s great uncle Alfred Charles Rowe, joined the Royal Navy in 1912 at the age of 18. Albert and Alfred were members of the crew of HMS Goliath, one of the ships sent to assist in operations in the Dardanelles. On the night of 13th May Goliath was struck by three torpedoes from the Ottoman destroyer Muâvenet-i Millîye and sunk in just four minutes. There were few survivors and Alfred Charles Rowe was not among them.

Joan is so moved by the sight of Alfred’s death certificate, which reads simply ‘cause of death: war work’, that she knows she has to write about what happened on that fateful night. She also wants to examine the role of the hospital ships, the nurses who staffed them, and the clergy who accompanied the men on their journeys. Coming from a military family herself, Joan understands too how difficult life is for the wives and children who can only wait for news of their husbands and fathers

‘We never knew if my father would come back alive.’ Last month Joan (above) spoke about her latest book Living with Shadows: Making the Pieces Fit at Morningside Library. Joan illustrated her fascinating talk with images of many original photographs, letters and papers; she also served up delicious biscuits, made by her son-in-law David Weir to a recipe found in a Women’s Institute wartime cookery book!

Records show that of the 700 men on HMS Goliath, only 130 survived. Over 5,000 clergymen – many of them with no training for the battlefield – served during the First World War, first behind the lines but later at the Front; 168 died. Joan decided to take the story of a priest who died on Goliath and write about him as if he had lived.

The fictional Reverend Crispen Honeybourn is well out of his comfort zone on board ship;

‘It was a far cry from his anticipated country parsonage in England.’

In the chaos all around him Crispen feels embarrassed by his fear and nausea. He loses count of the number of land and sea burials he has arranged;

‘How could he speak of a merciful God? He could not bring himself to acknowledge the so-called “glory of war”’

Crispen is befriended by a nurse who shows him kindness. Many of the nurses on hospital ships were very young; they had joined up simply to escape the poverty of family life in the slums of London and other large cities (a good number were from Scotland). At home they would have ‘gone into service’ as soon as they could be taken out of school – by comparison, nursing seemed desirable and exciting. Joan describes their lives on board ship and in the 27 military hospitals in Malta, where 57,991 men were treated over the course of the campaign. Local people welcomed the less seriously injured into their own homes, and many buildings were eventually turned into convalescent hospitals and recreational centres for the troops. Eventually the men were put on ‘ambulance trains’ bound for Waterloo Station in London; there – if they were lucky – their families waited.

The journeys on these trains were far from comfortable – compartments were fitted with 3-tier bunks, and there were no lavatories. Malnourished, sick and bleeding men were cooped up together; there were no corridors and nurses had to jump in and out of the doors to tend to the men. Once they arrived in the capital, patients were dispersed to various hospitals. Those suffering from mental illnesses were always at the back of the queue.

Crispen Honeybourn tries to help an unidentified soldier who can’t remember who he is. Patient 355, who has neither uniform nor identity papers, has been badly injured and is suffering from amnesia and terrible flashbacks. In World War One there was little understanding of mental illnesses, and although pioneering work was carried out at Craiglockhart War Hospital, this sanctuary was for officers only (its most famous patients being Siegfried Sassoon and Wilfred Owen) – the ordinary ranks were simply nursed back to some sort of physical health and sent back to the Front. If they could not cope they were often shot for ‘cowardice’.  Through Patient 355’s story, Joan focuses on the plight of these shell-shocked, traumatised men – whose terrible ordeals are even today sometimes ignored.

Asked about the challenges of writing her books, Joan explained that she always researches her subjects meticulously. For Living with Shadows she visited Dartmouth and other military colleges, York Railway Museum (which has a fully kitted out ambulance train on display) and an exhibition about World War One nursing at the Royal College of Nursing here in Edinburgh. The latter included examples of contemporary medicines and dressings – and a huge bottle of tannic acid, which was, Joan discovered to her horror, used to strip away burnt skin. Only once her research is complete does Joan make a plan of the book. She then creates her characters, writing a study of each one and giving them family, friends, jobs and interests. This, she says, helps her to know how they will interact with one another in her story. Finally, she starts to write!  Living with Shadows took her two years to write.

After much dithering, Lord Kitchener (right) finally ordered the evacuation of Gallipoli in early December 1915.  The Allied attempt at securing a passage through the Dardanelles had proved unsuccessful, but over 100,000 men (mainly Ottoman, British, French, Australian and New Zealanders) had died. Many have been forgotten, but in continuing the work she began in her 2013 novel Duty, Joan Rowe has written a fitting memorial to Alfred Charles Rowe – to the men who died with him, and to those who survived the war but suffered its aftermath for the rest of their lives.

Living with Shadows: Making the Pieces Fit by Joan Rowe, published by Troubadour Publishing Ltd (www.troubadour.co.uk), is available from the publishers direct for £9.99 + £2.95 p & p; it can also be ordered at any bookshop.

The Royal College of Nursing, Scotland HQ, is at 42 South Oswald Road, EH9 2HH. Its current exhibition is For Queen and Country – Nursing, Trauma and War. Open 9am-5pm Monday to Friday until 30 March: admission free. The National Railway Museum, Leeman Road, York YO26 4XJ, is open daily 10am-5pm. Admission is free. Its exhibition Ambulance Trains brings this little-known story to life through digital projection, film and sound. You can delve into moving stories of staff and passengers told in their own words, through rarely seen wartime letters, diaries, photographs and drawings, and take a trip on an ambulance train to get a glimpse of life on board. Admission free.

The War Poets Collection at Napier University’s Craiglockhart campus brings visitors face to face with the horrors and unfaltering camaraderie of trench warfare, and the effects of the First World War on the minds and bodies of those men who fought. The exhibition provides a glimpse into the minds of the poets, patients and medical staff at Craiglockhart, using contemporary photographs, books, film, audio and memorabilia. It offers a unique insight into the motivations of Siegfried Sassoon and Wilfred Owen and a greater understanding of the important personal, social and medical achievements that occurred at Craiglockhart. Open 9-5 Monday to Friday, 10-4 weekends (hours may vary during university and public holidays – call 0131 455 4260 for further information.)