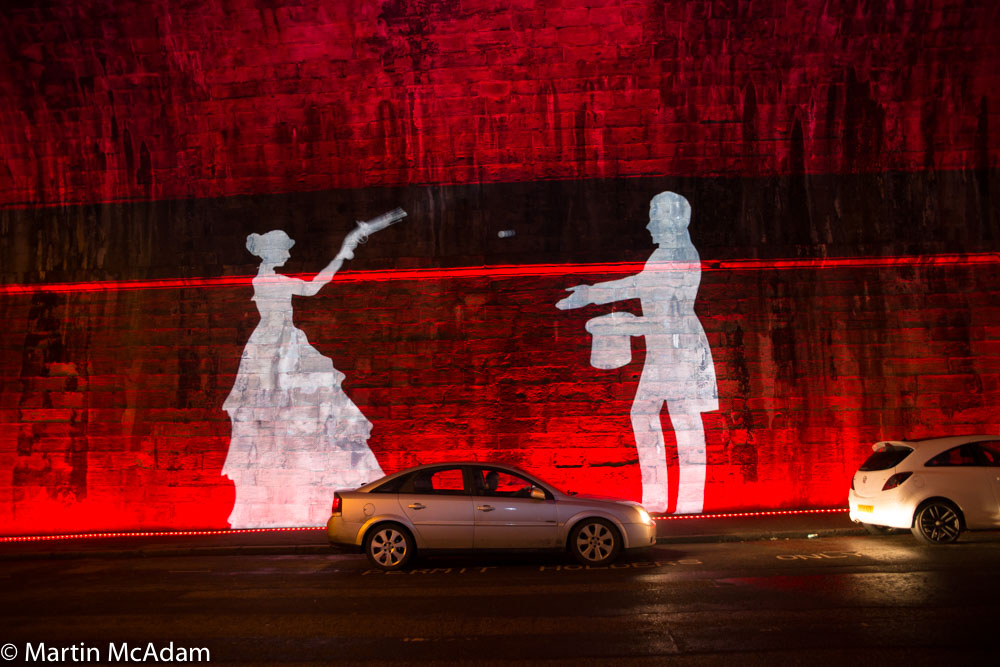 This new outdoor interactive project for winter is designed to encourage residents and visitors to explore Edinburgh’s iconic locations and perhaps see them in a new light. You can either binge watch all of the locations in one evening or you can see the various projections at different times each evening in January.

JK Rowling has only temporarily given her name to a pub where a story involving her is projected on the exterior wall. The idea is that you find each location for yourself so we are trying hard not to tell you all of them, but if you are easily spooked then it might be an idea to take a friend with you…. Message from the Skies is inspired by the nineteenth century tradition of publishing novels chapter by chapter: readers must go from location to location to read the whole story, simultaneously exploring both this piece of new work and the city. Double Take Projections have set up the installations across the city, some of which have sound to accompany them.