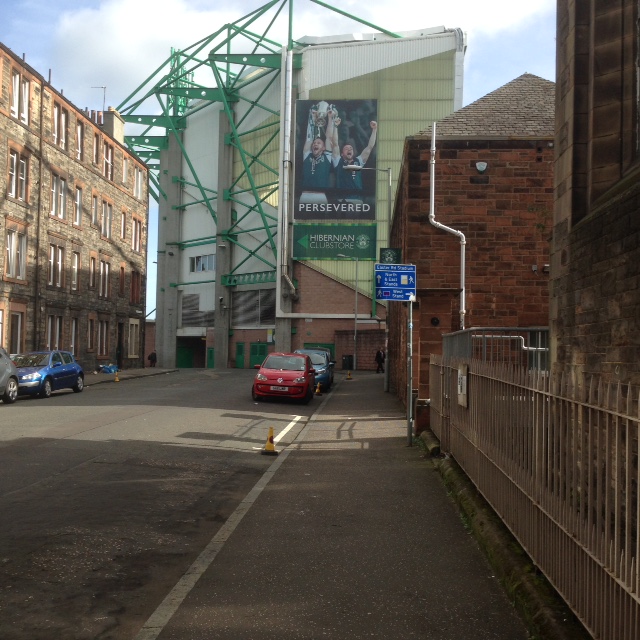 Hibs ended a successful 2017 with draw against on-form Kilmarnock despite once again totally dominating possession  at Easter Road Stadium this afternoon in the final match before the winter break.

Neil Lennon made one change to the starting XI that drew with Hearts in midweek with midfielder Danny Swanson making his first start since mid-October at the expense of Marvin Bartley.

Brandon Barker missed the game due to an injury picked up at Tynecastle.

The visitors opened the scoring in the first minute with a left foot strike from the prolific Kris Boyd to the delight of the travelling support.

Hibs fought back and should have equalised in the 14th minute when Swanson fired wide after good work by Anthony Stokes and Lewis Stevenson.

Swanson then had a shot deflected wide by Kirk Broadfoot before Darren McGregor went close with a header from a corner kick.

Hibs eventually levelled the score in the 22nd minute when former Hearts’ goalkeeper Jamie MacDonald dropped a John McGinn corner at the feet of Oli Shaw who made no mistake from close range.

Swanson then had the fans on their feet with a 70 yard run before his shot was deflected past the post.

Kilmarnock continued to look dangerous on the break and Ofir Marciano produced an acrobatic save to deny Jordan Jones.

MacDonald then made amends for his mistake with a superb save from a well-struck Stokes’ free kick.

Hibernian were soon on the attack once again and MacDonald had to be at his best to kept out a vicious free kick from Stokes.

Martin Boyle almost made it 2-1 with a powerful strike than Shaw went close with a header which was deflected wide for a corner.

With 20 minutes remaining Neil Lennon made a double change with Simon Murray and Vykindas Slivka on for Shaw and Swanson.

Four minutes later McGinn’s powerful shot from 25-yards hit the woodwork with MacDonald beaten and the game ended all square.

After the game Hibs’ assistant coach Garry Parker told BBC Scotland: “It was a very frustrating afternoon. I think we had a few chances, especially in the first half. Swanson has had a couple.

“Boyd has flicked it on and followed his header on and put it in the back of the net. A good finish but from our point of view it was sloppy. We should have had enough to break them down and get the three points which was disappointing.”