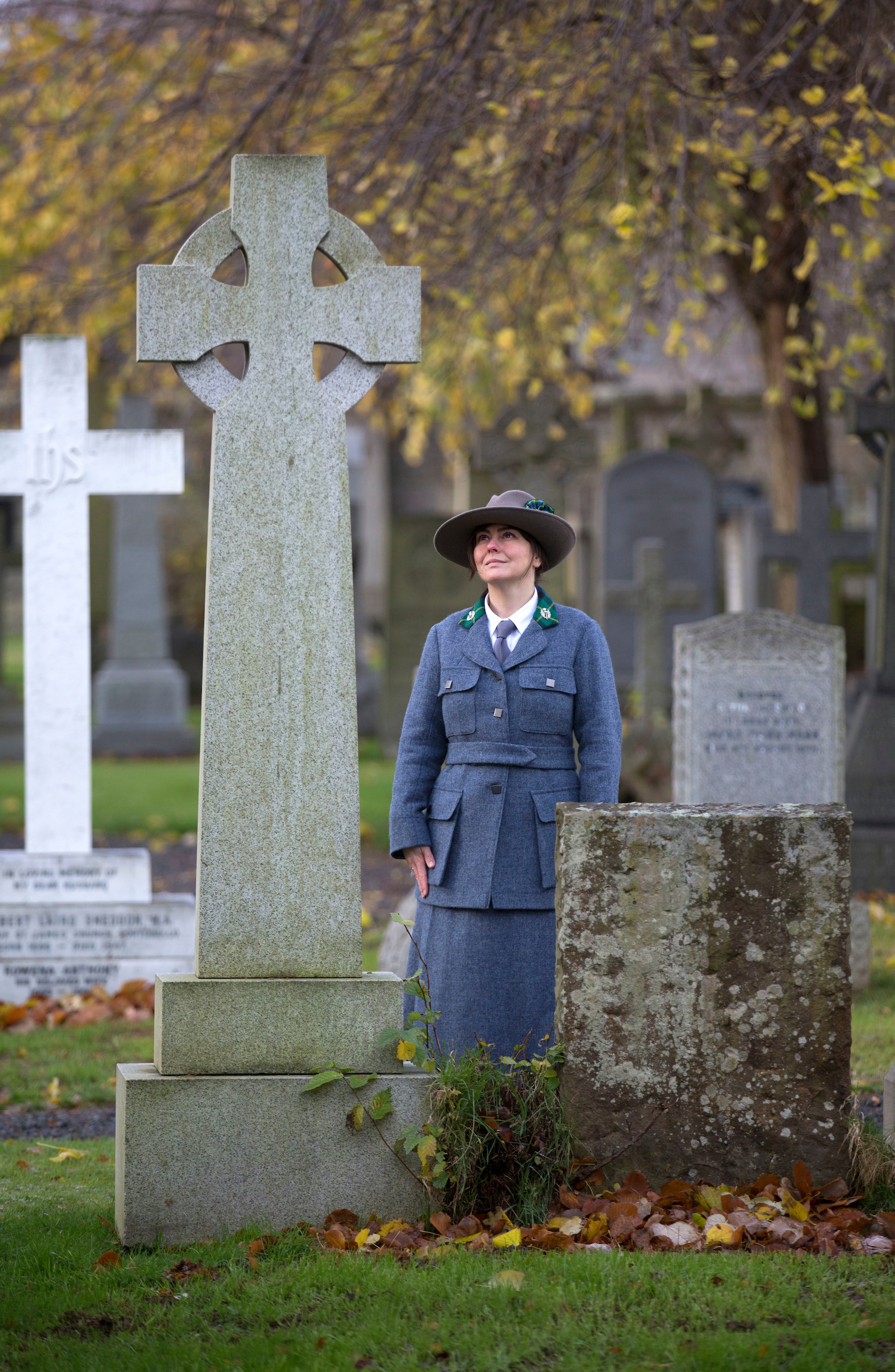 WW1 reenactor Ailsa Clarke from Edinburgh, dressed in a replica uniform worn by doctors in the Scottish Women’s Hospitals, reflects on the life of Dr Elsie Inglis.

Ailsa paid her respects ahead of a private ceremony at Elsie’s graveside in the Dean Cemetery later today at which Cabinet Secretary for Health and Sport, Shona Robison, will lay a wreath on the grave to honour our Edinburgh the achievements of Dr Elsie Inglis.

During her life, Elsie made a remarkable contribution to both the allied WW1 effort and the women’s suffrage movement. She regarded Britain’s entry into the war as an opportunity for women to play their part, but  she was unable to serve Britain on the front line herself.

There were restrictions on where women doctors could serve, and so she offered her services to Britain’s allies leading to the formation of the Scottish Women’s Hospitals.

A vigorous campaigner for votes for women, by this cause she also knew she would demonstrate the capabilities of women while doing her bit for the war effort.

A Service of Thanksgiving for the life of Dr Inglis and for the work and influence of the SWH movement will also be held at 2pm, on Wednesday 29th November at St Giles Cathedral in Edinburgh, starting a hundred years to the minute since her funeral there.

It will be attended by HRH The Princess Royal and First Minister Nicola Sturgeon.

A limited number of tickets are available to the public – for more information and to register for tickets, click here.